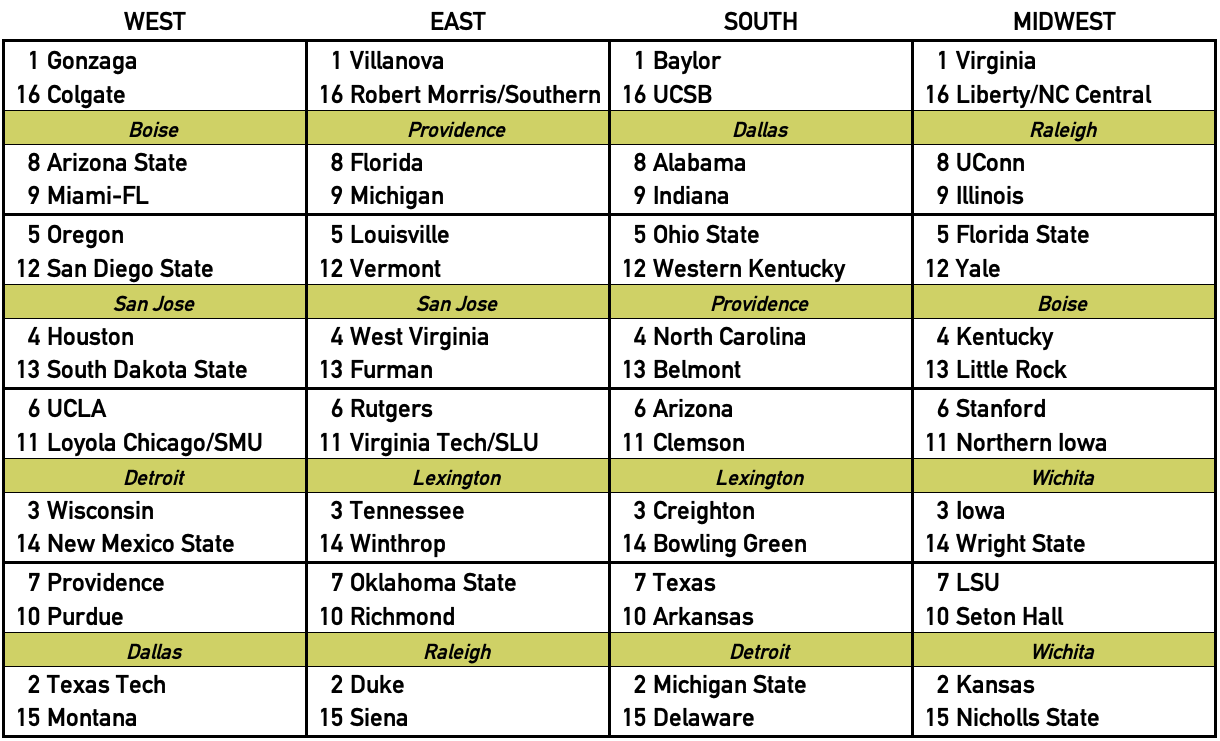 Looking ahead to the 2020-21 season, there are still a ton of question marks. Not only is the transfer portal still prevalent, but not all NBA Draft decisions have been finalized and the NCAA still has its work cut out for it with regard to handing out waivers. As a result, it is difficult to pin down exactly where every team in the nation sits heading into the campaign.

The preseason picture for many teams, though, is starting to look a bit clearer after a couple months of the offseason.

Perhaps most notably, the preseason top-tier is starting to emerge. Gonzaga, Villanova, Baylor, and Virginia represent the No. 1 seeds in my way-too-early bracketology field and those four seem to be a bit above the rest of the pack right now. All four teams are returning the vast majority of their main rotation pieces from strong campaigns a season ago while also boasting excellent head coaches roaming the sidelines.

As per usual, the likes of Duke, Michigan State, Kansas, and North Carolina (among others) are once again poised for strong campaigns as well. These national powerhouses can seemingly be counted on to land high seeds every single year and warrant the benefit of any offseason doubt. Their coaches have proven time and time again that they can put together championship-caliber seasons more often than not.

Additionally, there are some potential resurgent seasons from previously dominant programs on the horizon as well. UConn, Indiana, and Oklahoma State fit that mold as teams that were once consistent national headliners but have struggled in recent years. Each seems poised to be a fringe Top 25 team during this coming year with high ceilings for competing among the nation’s best.

The Atlantic 10 and Missouri Valley conferences then round out this field by showcasing their multi-bid potential. The A10 not only features a pair of at-large bids in this field but it wouldn’t surprise me whatsoever if either Richmond or Saint Louis made a push to a much higher position by the end of the year. I think both will be better than their resumes. The same could also be said of Loyola-Chicago and Northern Iowa, who return a lot of talent from under-the-radar ’19-20 seasons.

This way-too-early bracketology field will surely look silly in nine months, but it is always fun to take a stab at what the future might hold.

Lukas Harkins is a college basketball writer for HeatCheckCBB.com and covers the nation with rankings, bracketology, analysis, and recruiting breakdowns. He is currently a Rockin’ 25 voter and is credentialed media for Butler. He previously worked as one of the site experts at Busting Brackets. Harkins graduated from Butler University in 2019 and majored in Healthcare and Business.

Which college basketball teams from the 2010s would be most popular in a video game?

NBA Draft Rumors: Desmond Bane expected to be taken in first round