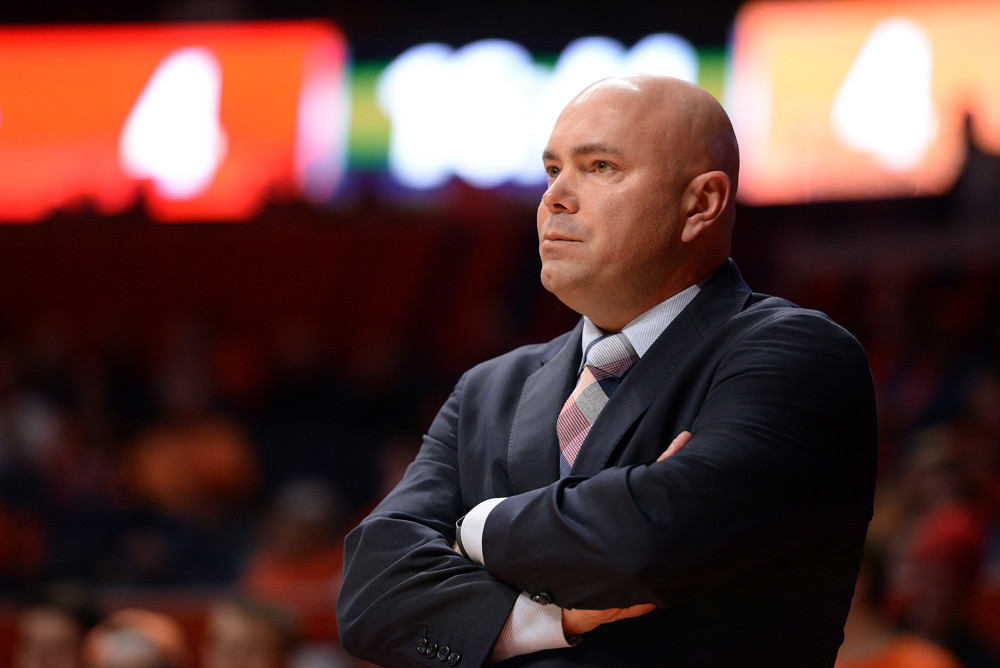 Austin Peay basketball has been successful in their three seasons under head coach Matt Figger, finishing in the top four in the Ohio Valley Conference each year and winning at least 21 games each of the last two years.

However, they remained a step behind conference heavyweights Belmont and Murray State, keeping them from making a real impact on the national stage.

That should change in 2020-21 as the Governors are poised for a breakout season that could position them to be this year’s Cinderella team come March.

Austin Peay returns seven players from last year’s rotation, headlined by one of the best duos in the country in reigning OVC player of the year Terry Taylor (21.8 ppg, 11.0 rpg) and stud sophomore Jordyn Adams (17.4 ppg), who won conference player of the year last season. Both are back after testing NBA Draft waters and could be selected in the 2021 draft.

There projects to be a number of quality mid-major teams throughout the country — Gonzaga will be the clear cut preseason No. 1 and the A-10 is loaded — but Austin Peay is in position to be a dangerous sleeper in the NCAA Tournament. Here’s why:

The Governors did lose six players from last season (Evan Hinson graduated, and five players transferred) but they still return over 58 percent of their minutes. Adams and Taylor are obviously a big part of that but starting point guard Carlos Paez returns as well as rotation players Alec Woodard and Reginald Gee.

That 58 percent benchmark is important, too, when looking at past mid-major successes. Since the NCAA Tournament expanded to 68 teams in 2011, nine mid-major teams seeded 9th or worse have won at least one tournament game. All but two of those teams (2013 Wichita State and 2016 Gonzaga) returned over 50 percent of their minutes from the previous season and those two teams were led by current NBA players.

And the average amount of returning minutes for those nine teams? Just over 58 percent.

Figger is also supplementing their roster with a great influx of talent. The program is welcoming in eight newcomers, including four transfers, that will help provided needed depth and offset the outgoing transfers.

Having a solid returning base certainly gives Austin Peay a high floor, but it’s having two players with top-end talent that could help push this group into a special stratosphere.

Taylor is a legitimate power wing at 6-5 and 230 pounds and plays a big role in the Govs’ strength on the glass. He is averaging 9.5 rebounds per game on his career, peaking at 11 per game last season. That was easily the most of any non-big man in the OVC and is indicative of his physicality and intensity.

His elite combination of strength and athleticism allows him to have success posting up smaller guards (something he loves to do) and attack the basket, yet he also has a good enough jumper to be someone opponents must respect on the perimeter. Terry’s offensive versatility has made him one of the most potent scoring threats in OVC history. He will hit 2,000 career points early this season, is on pace to become the school’s all-time scoring leader by a pretty wide margin, and could even become the conference’s all-time scoring leader.

Adams doesn’t have the longstanding pedigree Taylor does but he did have a standout freshman season for the Govs. The 6-3, 200-pounder excels with his shooting, making 39.3 percent of his threes a year ago. He has range extending well past the three-point line and can convert on the move, spotting up, or creating a shot for himself off the bounce. Those shot-creation skills open more driving lanes for him as well, where he utilizes a variety of different and creative finishes around the rim.

Adams could be more efficient when attacking the rim, however. There were times where he would be out of control or force tough shots against bigger defenders. This is something most freshmen guards struggle with as the step up in size plays a larger role, so we should at least see some natural improvement in that area. If he does, Adams will be nearly as lethal of a scorer as Terry, and the two skill sets complement each other well.

Taylor and Adams are good enough to carry the offense – Austin Peay had a top 90 offense in 2019-20 and will naturally improve in that area, which is why improving defensively (275th) will be extremely key for them.

Last season was Austin Peay’s worst on the defensive end since Figger took over prior to the 2017-18 season, which wasn’t a huge surprise. It was a young, short team that lacked depth. Basically, they were expected to struggle on that end.

All those things will change this year. We have already covered the major leaps they will make in the experience and continuity categories, but they will also be bigger and deeper.

Most of Austin Peay’s returners are in the backcourt (which bodes well for their offense), so it was important for them to reload up front this offseason. Figger and his staff did just that as four of their eight newcomers are frontcourt players. All are good enough to see minutes in the rotation, too.

The Ohio Valley has produced many quality teams specifically over the last decade, from Ja Morant’s Murray State to Belmont’s tournament win in 2019 to the 2011-12 Murray State team that went 31-2, and the conference will be excellent again. Both the Bruins and Racers sport quality teams and Eastern Illinois looks to have a pretty strong team as well, so don’t expect Austin Peay to flirt with an undefeated season.

But they will be battle-tested by the time they get to March and have all the ingredients of a being this season’s Cinderella. They are worth your attention right now.