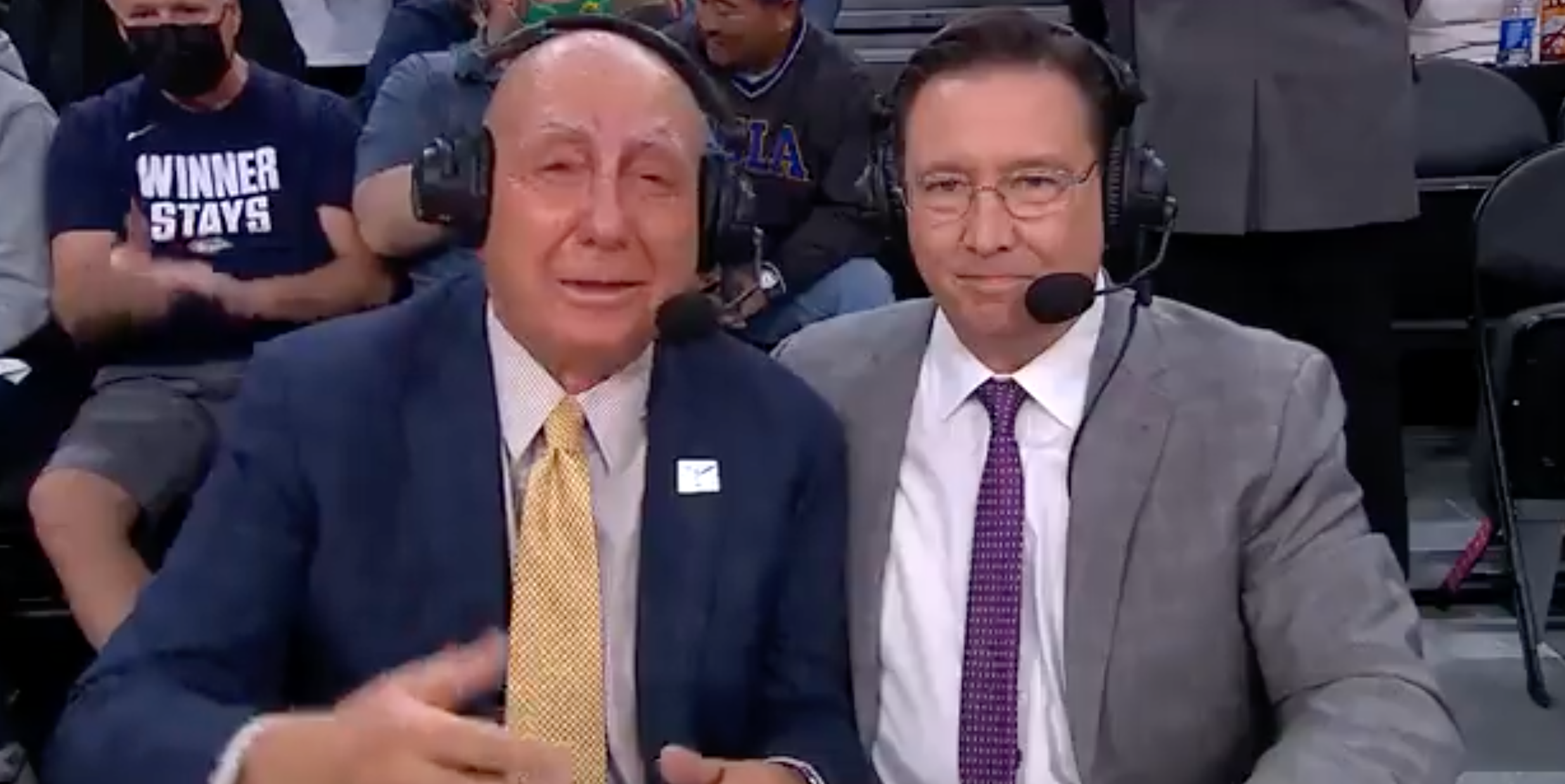 Dick Vitale opened Tuesday night’s broadcast, with tears flowing down his face, saying, “It’s great being here, Dave.” This opening was more than a sentence; it was a statement of strength.

Dick Vitale, affectionately known to many as “Dickie V,” announced on October 12 that he was battling Lymphoma, a cancer that affects tissues and organs that produce and store white blood cells. This announcement came nearly a month after Vitale revealed he had several surgeries to get rid of melanoma.

The National Cancer Institute says approximately 39.5 percent of people will be diagnosed with cancer in their lifetimes. Approximately 1.8 million new cancer cases were diagnosed in 2020 — a disease that has directly affected so many like Vitale, who has been at the forefront of The V Foundation’s cancer research efforts.

Vitale joined the ESPN staff in 1979, quickly embracing his “Dickie V” moniker. His excitement, passion and love for the sport always ooze through the television. The rule is simple: If Vitale is on the call, it’s an important game.

Vitale paved the way for many sports broadcasters today. Instead of simply reporting the news, he transports the listener. With his raw emotion, Vitale takes the listener on a ride, using his coined phrases like “dipsy-doo-dunk-a-roo” and “Diaper Dandy.” He has fun, allows the listener to have fun, and shows that it’s okay to wear emotions on your sleeves.

Vitale has earned the right to call the most significant games with his ability to deliver the best storylines. Vitale’s first game back on the headset came Tuesday night when No. 1 Gonzaga challenged No. 2 UCLA.

After his opening statement, overwhelmed with emotion, Vitale said, “I didn’t want to cry on television.” His broadcast partner, Dave O’Brien, put his arm around Vitale, providing a moment that gave us all the feels, excitement, sadness, joy, and empathy.

Duke head coach Mike Krzyzewski, a longtime friend of Vitale, spoke candidly this week about his return to the broadcast booth.

Vitale’s head-on, fighter mentality is a statement of strength for many. Tuesday’s opener showed why Vitale is revered and at the top of the broadcast industry, and just how much his battle means to his fans and loved ones.

It’s good to have you back, Dickie V.