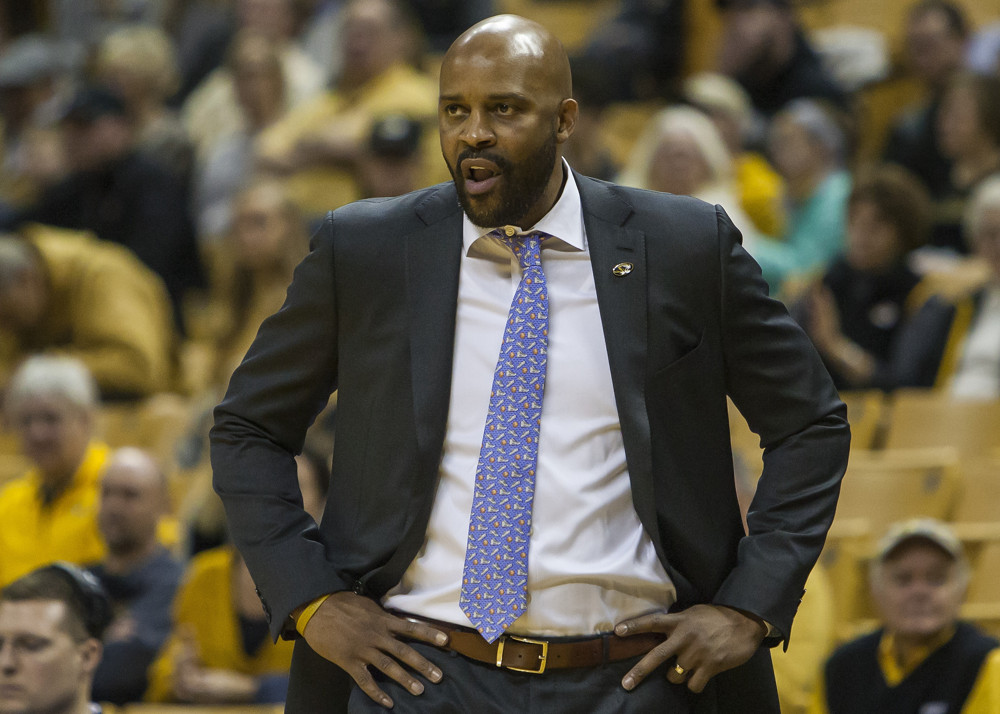 Throughout the season, we are keeping tabs on BracketMatrix.com’s seed updates. If you aren’t yet familiar with BracketMatrix, we highly, highly recommend it. BracketMatrix was founded prior to 2006, keeping tabs on all of the bracketologists by creating a “composite bracket” based on the average results found in the various brackets.

At Heat Check CBB, we support the idea that more information is always helpful. So although you might have a favorite bracketologist — we’re biased but we’re a big fan of our very own Lukas Harkins (@hardwiredsports) — a composite ranking that combines anywhere from 30 to nearly 200 brackets gives a better scope of the overall picture.

With that in mind, let’s take a look at our first BracketMatrix update of the season.

After starting the season completely off the map, Missouri has surged onto the national scene behind its undefeated start. At 6-0, the Tigers already have quality wins over Illinois, Oregon, Wichita State, Liberty and Bradley while climbing into the KenPom top 40. Cuonzo Martin’s group didn’t receive a single glance in the preseason bracketology, and now appears in 93.5 percent of all brackets and is slotted comfortably in as a No. 6 seed.

Minus a drubbing against Penn State, Virginia Tech has been one of the pleasant surprises of the young season. The Hokies made a statement early with their overtime win against Villanova and have since followed it up with another nice victory over Clemson. Virginia Tech was outside the bubble to start the year and now appears in every bracket while checking in overall as a No. 9 seed.

How about the start from Xavier? The Musketeers finally dropped their first game of the season on Wednesday at Creighton but have built a formidable resume in the process. Already with wins against Cincinnati, Oklahoma and Marquette, Travis Steele’s squad went from appearing in 12.9 percent of preseason brackets to 96.8 percent of all brackets in the most recent update.

We are over a month into the season and Kentucky still only has one win. Though the Wildcats have faced a daunting schedule to this point, John Calipari’s 1-5 squad is in disarray right now and will need some serious “soul searching” before it returns to the national scene. Kentucky was listed in every preseason bracket as a No. 4 seed overall but is on the outside looking in at this point.

ASU received plenty of preseason pub, mostly due to its backcourt depth and overall offensive promise. Instead, the Sun Devils have limped to a 4-3 start that includes a fortunate win over Grand Canyon, a home blowout loss to UTEP and a beatdown against San Diego State. The Pac-12’s quality win chances will be limited from here on out, so ASU’s resume will be an intriguing one to watch.

Listed by several outlets as a potential SEC breakout, the Crimson Tide have battled with inconsistencies all season long. In the Maui Invitational, Stanford crushed Alabama before the Tide followed it up with solid wins over UNLV and Providence. But then things sputtered again with losses to Clemson and Western Kentucky and a narrow victory over Furman. Alabama has fallen from a No. 8 seed in 93.5 percent of brackets to the outside the bubble in just 25.8 percent of brackets.

Not much to see here. Gonzaga has been dominant and the clear No. 1 in the country in every facet of the game. The Bulldogs already have wins over Kansas, Auburn, West Virginia and Iowa and were listed as a No. 1 seed in every bracket.

Although Baylor might not be viewed on the same national title favorite tier as Gonzaga, the Bears are no worse than the No. 2 team in the country. Baylor’s resume isn’t as deep as Gonzaga’s yet but Scott Drew’s group will see plenty of tests in the loaded Big Ten. Like Gonzaga, Baylor is also a No. 1 seed in every bracket.

Michigan State always seems to have a divisive resume and it may once again be the case this season. The Spartans are now 0-2 in Big Ten play for the first time since ’07 but already have wins against Duke and Notre Dame. Michigan State is listed as a No. 4 seed but its deviation of 2.3 seed lines is one of the largest in the latest bracket update.

Speaking of Duke, the Blue Devils haven’t looked like their usual selves this season either. After closing up shop on nonconference play last week, Duke will conclude the calendar year with its best win coming against Notre Dame, thanks to underwhelming losses to Illinois and Michigan State. Duke currently sits as a No. 5 seed with a deviation of 2.0 seed lines.