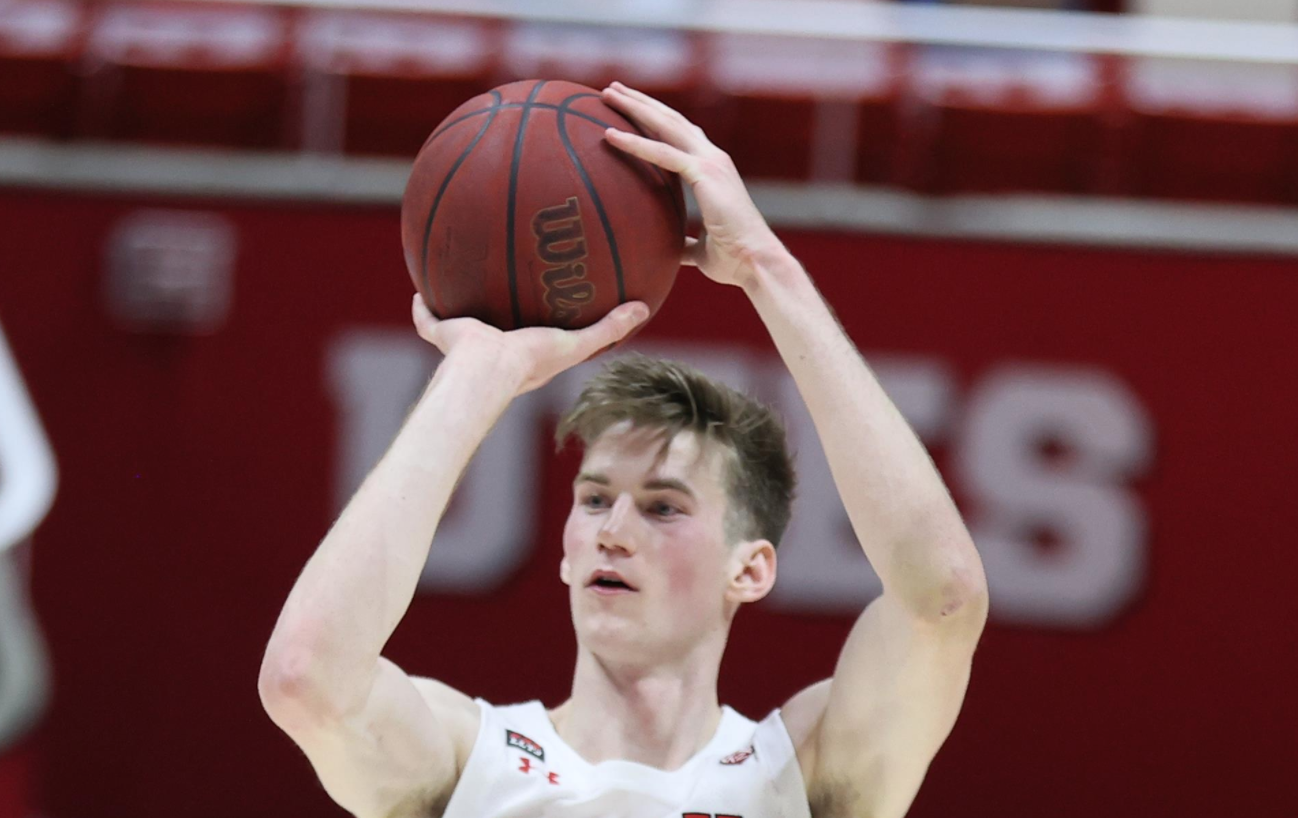 Shaw’s Sleepers: Branden Carlson next up in Utah’s legacy of bigs

Will the late-blooming Branden Carlson follow suit and become Utah’s next featured big?

Over the past 25 years, Utah has quietly gone about producing NBA bigs. From Keith Van Horn and Michael Doleac to the more recent Andrew Bogut and Jakob Poeltl, the Utes have found plenty of frontcourt success. Could Branden Carlson be next in line?

Utah enters the season in a state of flux. Larry Krystkowiak will not be pacing the sidelines in Salt Lake City for the first time in 10 seasons. Instead, the Utes welcome Craig Smith, 48, who has amassed a 153-79 record as a D-1 head coach. This includes trips to the NCAA Tournament in all three seasons at Utah State.

Along with the change of coach, there has been plenty of roster shakeup as well. Utah returns only two of the eight players who averaged over 1.4 points per game. Change is never easy for a program.

In Year 1 of the Craig Smith era, several players could be in line for a big step, but the most likely to emerge is Branden Carlson.

Branden Carlson was a late bloomer

Last season, Carlson averaged a modest 9.4 points and 4.6 assists, but deeper past his counting stats lie some encouraging trends that could predict a future outbreak.

Carlson’s path to get to his junior year at Utah took a little longer than many. Carlson was a late bloomer. His junior season at Bingham High in Utah, Carlson split time between the varsity and junior varsity. Though he only played about six minutes per game on the varsity side, his team went 24-2 and won a Class 5A state title that year. One of his teammates was future BYU star Yoeli Childs.

During the spring and summer between his junior and senior season, things started to click for Carlson. Utah State was his first offer in April of 2016, and UC Davis and Santa Clara shortly followed them in the same week. In June, Utah became Carlson’s first high-major offer, which he ultimately chose. With a commitment already made, Carlson stepped into his senior year of high school pressure-free.

Carlson became a full-time starter his senior season. He had his team with 14.1 points, 8.1 rebounds, and 2.6 blocks per game. Carlson was named all-state, and he carried his team to another state title. The 6-11, 200-pound forward catapulted to the No. 66 ranking in the final 2017 Rivals150.

But as soon as his senior season ended, Carlson set out for his required LDS Church mission before enrolling at Utah. As is expected in his church’s congregation, unmarried males between 18 and 25 serves a 24-month mission.

After high school graduation, Carlson was off to Manchester, England. During his time there, Carlson was not able to play organized basketball. So, coming back home to Utah and enrolling at the university, it had been two years since Carlson had played in an arena, with referees, in front of a crowd.

Despite some rust in his game, Carlson has excellent hands, a great work ethic and runs like a deer. He has started 50 of 55 games during his first two seasons in Salt Lake City. In 22.1 minutes per game, he has averaged 8.1 points, 4.2 rebounds and 1.5 blocks per game.

Branden Carlson was Utah’s third leading scorer last season. This year, four of the other five top scorers have left the program. The stars are aligning for this late bloomer, and this team could be his in no time.

Looking at how Carlson, now listed at 7-0, 220 pounds, could fare with this expanded role, here is a look at the stats he produced in his 23.6 minutes per game (sixth on the team) last year.

Carlson’s advanced stats kept him alongside some accomplished company. Per Synergy, Carlson scored 1.04 points per possession in the half-court, placing him in the 90th percentile and giving him an ‘excellent’ grade in this category.

According to Sports-Reference, Carlson was one of just five players in the Pac-12 last season to play 500 or more minutes with a player efficiency rating over 19 and an offensive rating over 111. Joining him on that list were lottery picks Chris Duarte and Evan Mobley. Carlson was also one of only 18 players in D-1 who averaged 1.5 blocks and knocked down ten or more threes last season. Guys like Mobley, Luka Garza and Yves Pons were on that list, too.

Carlson scored 15.7 percent of his points in the pick-and-roll last season as the roll man. He scored 1.31 points per possession here, grading as ‘excellent’ in Synergy with a mark in the 87th percentile. Carlson was graded as ‘very good’ in spot-up shots in the half-court, where he scored 16.1 percent of his points. On spot-ups, Carlson scored 1.08 points per possession, which was in the 81st percentile.

Looking toward the NBA, Branden Carlson is nothing more than a profile right now. There is enough intrigue there to get a manila folder and write his name on it; however, he has not accumulated enough production to start checking boxes.

Taking production away and looking strictly at Carlson’s physical profile, it is clear why a folder is set aside. Today, in the NBA, bigs need to be able to do three things: protect the rim, slide their feet and switch, and knock down shots.

Carlson was second in the Pac-12 last season (behind Evan Mobley) with 1.7 blocked shots per game and third with a 7.9 block percentage. Add in ten or more made threes, and Carlson is one of only five returning D-1 players to accomplish such stats. Carlson was 10-of-20 (50 percent) on 3-pointers last season.

Per Synergy, 32.9 percent of Carlson’s shots were jump shots. He scored 1.077 points per possession, putting him in the 80th percentile and giving him a ‘very good’ grade. Carlson took 51.3 percent of his shots last season from around the basket in non-post-up situations, scoring 1.33 points per possession and rating ‘very good’ in the 82nd percentile.

Every coach who has had Carlson has spoken on his ability to run and move. So, when you add his production as a rim protector and what he has shown as a shot-maker with range, Carlson’s pro potential starts to become clearer.

Now it is up to Branden Carlson to seize on that potential. He has been in this situation before. Can he take a step forward, bring himself onto the NBA’s radar and firmly plant himself in the draft conversation?