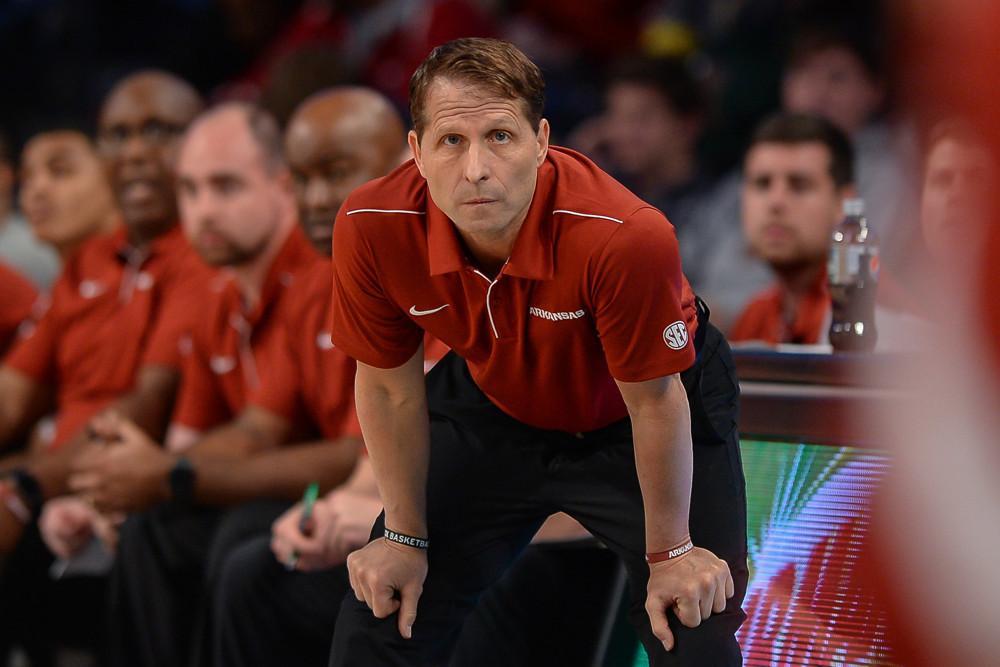 Part of this reluctance can be justified. Most reporters speak with coaches on a daily basis, and it’s obvious that these coaches are venting their frustrations over seeing promising contributors up and leave on a yearly basis. As of this writing, a total of 736 Division-I players have transferred this offseason alone.

At the same time, though, every time a player transfers, it’s an opportunity for another program to improve its roster. Just like free agency in professional sports, teams welcome in new talent and see contributors depart every offseason. It’s a balancing act.

With almost every D-I program feeling the impact of college basketball’s transfer uptick, teams that have taken advantage of this opportunity have seen great results.

Take Mark Few at Gonzaga, for example. Any casual college basketball is at least somewhat familiar with the names of Admon Gilder, Ryan Woolridge, Brandon Clarke, Geno Crandall, Johnathan Williams, Nigel Williams-Goss and Jordan Mathews. After starting each of their respective careers at different schools, these players transferred to Gonzaga and combined to average 27.3 minutes and 11.7 points per game with the Bulldogs. Each of these players carried substantial roles on some of the nation’s best programs the past four seasons.

Not every coach operates like Few, though. Duke’s Mike Krzyzewski is one who rarely dips into the transfer basket. The Blue Devils picked up Columbia grad transfer Patrick Tape this offseason, but it was the first time time Coach K’s staff welcomed a transfer to the program since Sean Obi in 2015. The former Rice forward played a total of 27 minutes with the Blue Devils in the ’15-16 season before transferring yet again.

There’s a trend here, too.

Over the past five seasons — using BracketMatrix’s final projections to determine 2020’s seedings — there have been 24 teams that were a top-4 seed after being a No. 9 seed or worse or missing the NCAA Tournament altogether the previous season. Dayton, San Diego State and Baylor all fell under this category this past season, and each of these teams rode transfer production along the way to breakout seasons. 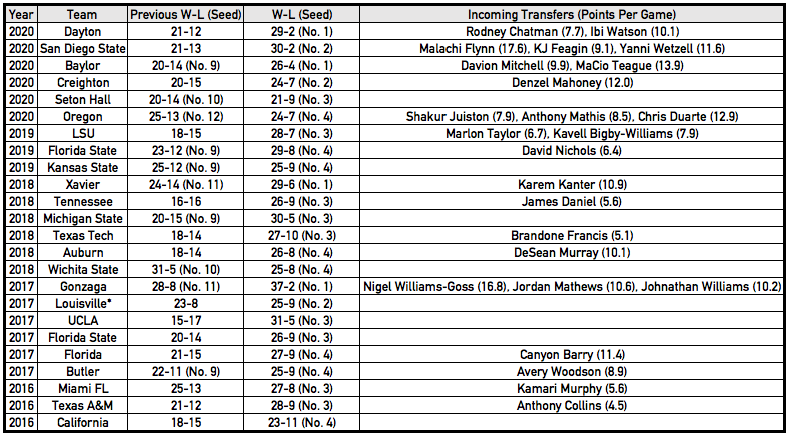 Among the 24 that have made the leap, 16 of them had at least one player who was an incoming transfer that finished in the team’s top six in minutes played. It’s no coincidence here — teams that enjoy breakout seasons typically combine experience and/or highly rated freshmen with productive incoming transfers. This past season featured five such teams and there are plenty of reasons to believe that the trend will continue.

If next year’s surprise team is led by a transfer or two, don’t be surprised.