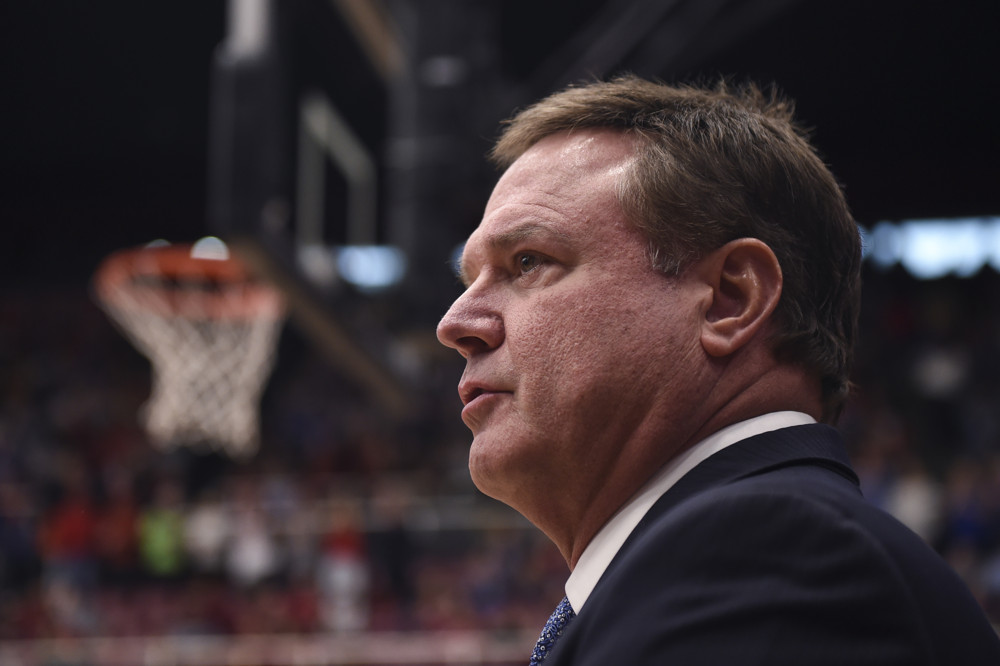 College basketball futures betting has seen decreased action given the uncertainty about the 2020-21 season in the months since the 2020 NCAA Tournament was cancelled, but it is all set to pick back up.

This week, the NCAA announced that the upcoming season is set to tip off on Nov. 25 and, while that was delayed from the original Nov. 10 date, it confirmed there will be a full season. There also won’t be any changes to the NCAA Tournament format despite the ACC’s best efforts, and NCAA Senior Vice President of Basketball Dan Gavitt has said they are going to find some way to have March Madness no matter what.

That’s great news for college basketball fans, and it also allows us to finally take a confident look at the teams expected to compete for the national championship in 2021. Baylor, Gonzaga, and Villanova are considered the favorites in almost every preseason poll, with Virginia getting a lot of love as well as the technically still-reigning national champions.

However, Vegas sees things a little different. In the most recent odds released by Bovada, Iowa and Villanova are considered the co-favorites at +800. Illinois (+1000) is their biggest challenger, followed by Gonzaga and Kentucky at +1100. Baylor and Virginia are next at +1200.

It wouldn’t hurt to take on flier on either the Bears or Cavaliers considering their odds are outside the top five, but you must go further down the list to find the best values in college basketball futures. Here are the top five:

Based on talent alone, Duke should be on the same playing field as the four elite preseason teams (Baylor, Gonzaga, Villanova, Virginia). That’s why they’re right around No. 5 in most preseason polls along with the fact that, you know, they have perhaps the best coach in the sport’s history.

Normally it’s hard to get value out of the Blue Devils from a better perspective because they’re such a brand name, but this year is different. They have the 9th-longest odds at Bovada – right behind Michigan.

Do you think Michigan will be better than Duke this season? No? I didn’t think so.

The Blue Devils do have to replace a lot of their top contributors, including ACC Player of the Year Tre Jones and ACC Freshman of the Year Vernon Carey Jr., but they’re continuing to recruit at a high enough level that they’re simply replacing one uber-talented wave with the next.

There will be seven new players suiting up for Duke, six of whom will be freshmen. However, all six ranked in the top 52 nationally and four were five-star prospects. Two of those five-stars – Jalen Johnson and DJ Steward – are projected to be first round picks in the 2021 NBA Draft, according to ESPN’s Jonathan Givony.

And, unlike past seasons, Duke will have a good deal of experience to go along with their young talent. Five-star 2019 prospects Wendell Moore and Matthew Hurt are alongside Columbia grad transfer Patrick Tape, so Coach K has a quality mix of experience (or at least what passes for it in today’s era) and elite talent few teams around the country can match.

It may take some time for this group to come together given the amount of new faces and lack of practice time due to COVID, yet their ceiling is as high as anyone’s. If they’re clicking by March, watch out.

The Jayhawks do have to replace their two most important players from last year’s team in Devon Dotson and Udoka Azubuike, so it’s not a huge surprise to see they have just the 12th-highest championship odds. That said, they are going to be ranked in the preseason top 10 because of the talent they do still have, and that talent is capable of winning a title should everything click.

Marcus Garrett returns after winning National Defensive Player of the Year and is expected to slide over to point guard. He doesn’t have a ton of experience there but has shown his prowess as a playmaker, ranking 4th in the Big 12 in assist rate despite not having the ball in his hands that much. David McCormack should adequately replace Azubuike as well, as their per 40-minute stats are eerily similar (18.9 points, 11.3 rebounds for McCormack vs. 19.1 points, 15.1 rebounds for Azubuike).

Throw in the continued development of Ochai Agbaji, a deep list of returning contributors, and a quality freshman class headlined by five-star Bryce Thompson, and the Jayhawks will be loaded once again. Plus, head coach Bill Self excels at getting his players to play together and thrive in new roles.

You might hesitate when it comes to actually placing this bet given the program’s potential sanctions from the NCAA, but these are great odds for a team this talented.

—RELATED: Tennessee is a budding powerhouse ready to strike

Tennessee is your sweet spot when it comes to finding a team that can realistically win the national championship but has pretty long odds. Projected to be right around No. 10 in preseason polls (some have them higher, others lower), the Vols are tied for the 22nd longest odds at Bovada alongside Ohio State.

Rick Barnes’ squad did take an expected step back last year after losing Grant Williams and Admiral Schofield, but they were still a top 25 team until Lamonte Turner was lost for the year due to a shoulder injury. However, as a byproduct of those struggles, Tennessee was able to bring everyone back, setting themselves up for a huge 2020-21 campaign.

Defensive specialist Yves Pons is back after testing NBA Draft waters and gives the Vols perhaps the most versatile defender in the nation. Santiago Vescovi was forced into action at point following Turner’s injury but showed solid shooting and playmaking chops. John Fulkerson was an All-SEC second teamer and dominates the paint, while former five-star prospect Josiah-Jordan James has shown flashes of being an elite slasher.

On top of that, Tennessee is bringing in the nation’s No. 4 freshman class headlined by five-star guards Springer and Keon Johnson, giving Rick Barnes a plethora of high-end talent to work with.

The Vols will be deep, talented, and versatile in 2020-21. They are relying on many players to make significant improvements, but Barnes has proven he can develop stars everywhere he has been, including with Williams and Schofield and Tennessee. This is a group that provides excellent value at this price.

The good news for the Gators is that a lot of that talent is still there. Former five-star recruits Scottie Lewis and Tre Mann returned for their sophomore seasons. Key players Keyontae Johnson (an All-SEC first team selection), Noah Locke, Ques Glover, and Omar Payne are back, too.

So where do the questions lie? Well, Florida shot the ball extremely poorly last season, ranking 99th in three-point shooting and outside the top 200 nationally in percentage of points to come from behind the arc. They also weren’t great at taking care of the ball (94th in turnover rate) and were just an average defensive team (61st in AdjD), which you can’t be when your offense isn’t clicking on full cylinders.

There is hope that the combination of an improved Mann and Cleveland State transfer Tyree Appleby will secure the point guard position following Andrew Nembhard’s departure for Gonzaga, and that White will revert to the more up-tempo style he employed at Louisiana Tech.

It is worth mentioning that, despite White’s coaching missteps, Florida was also one of the nation’s youngest teams a year ago (347th in experience, and that was with a grad transfer in Kerry Blackshear). Now with a more experienced team, the Gators should be able to avoid many of the inconsistencies that plagued them in 2019-20, particularly on the defensive end.

A team with this much talent could certainly be worth taking a gamble on (no pun intended, but also some pun intended), especially when they’re getting longer odds than lesser teams like UConn or Indiana.

I know, I know. Stop laughing.

It’s crazy to think of Texas winning the national championship given their struggles since Shaka Smart took over as head coach, but the Longhorns do have a lot of things working for them. They literally bring back everyone and showed flashes of promise in their hot close to the season. I really like Matt Coleman and Andrew Jones in the backcourt, and I think Kai Jones could be a real breakout big man for Texas. I think they have a high floor because of that experience, which will carry even more weight in a COVID-shortened offseason.

Do I think Texas will be dominant this season? No. Do I think they have top 15 talent? Yes. Could I see them getting hot at the right time with a coach who already has a Final Four on his resume? Perhaps.

There aren’t many great long shots on the board — especially when considering the strength of the teams at the top of the polls — and the Longhorns have more going for them than anyone outside the top 15. If you’re looking for a big payoff, this is the least risky of the really risky picks.