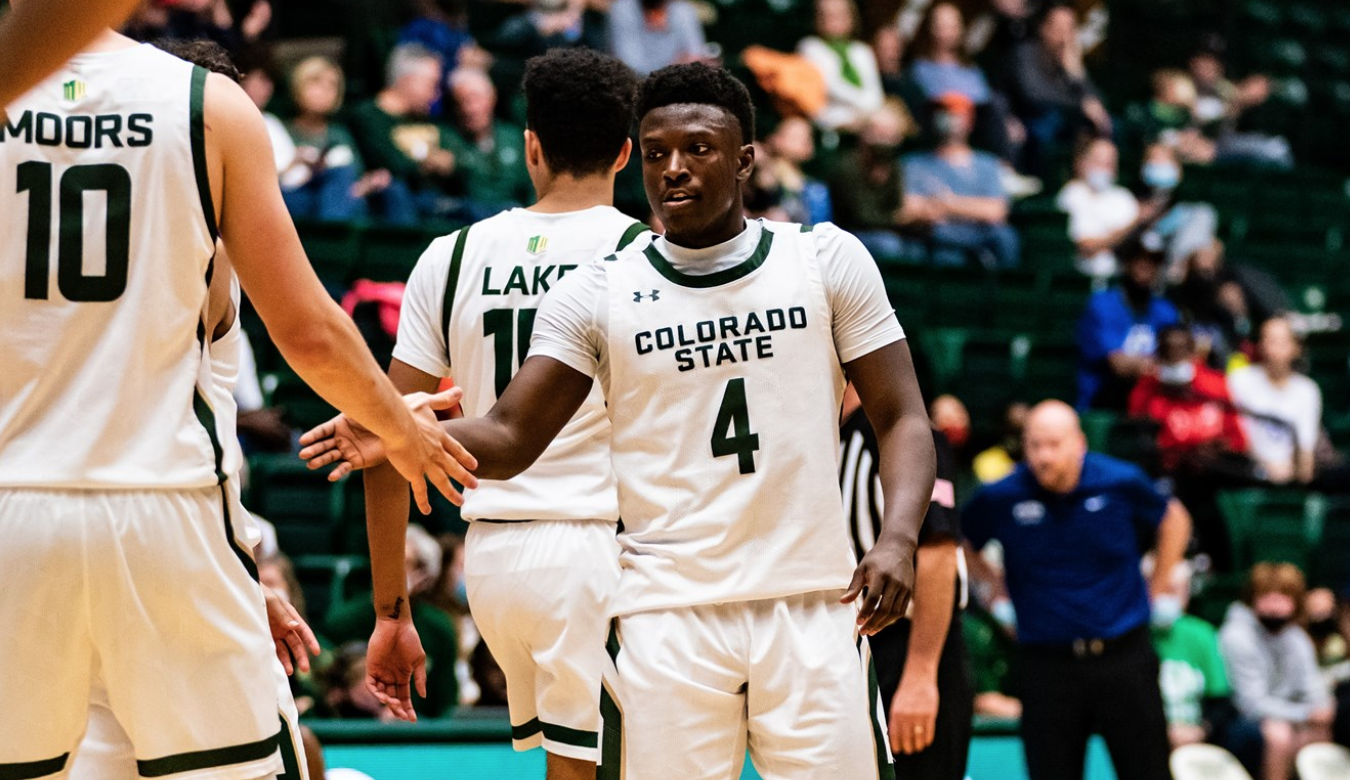 Under star point guard Isaiah Stevens and a veteran supporting cast, Colorado State basketball is making its presence known on the national scene.

When Isaiah Stevens committed to Colorado State on August 27, 2018, there were more questions than answers about where the Rams program was headed.

The university was six months removed from Larry Eustachy’s resignation following a lengthy coaching mistreatment investigation. CSU had missed the NCAA Tournament in each of the final five years of his tenure, including a 4-14 league record in the distraction-filled ’17-18 season.

But when Niko Medved took over the reins after a year with Drake and four with Furman, things immediately changed.

“I don’t know what they were selling me,” Stevens told Heat Check CBB on All-Access Network about CSU’s recruiting pitch, led by Medved and assistant Ali Farokhmanesh. “But whatever it was, looking back at it, I went for it.”

The 2018 offseason cemented the foundation of the CSU basketball program we see today — one that received 90 votes in Monday’s AP poll and is off to its first 9-0 start since 2015.

Upon arrival in Fort Collins, Medved and his staff began their overhaul within days.

Adam Thistlewood and Kendle Moore committed in April ahead of the ’18-19 season while James Moors flipped from Drake to CSU to follow Medved. Stevens then followed in August, David Roddy‘s announcement came in November, and Dischon Thomas continued the momentum with his stamp of approval the following February. John Tonje completed the 11-month reload in March.

“The core of our team and the surrounding pieces have been together for multiple years now,” Stevens said. “I feel like that’s played a huge dividend in our success out there on the floor.”

The seven names listed above have sparked new life to the Rams program. They account for 81.5 percent of the team’s scoring and 43 of the 45 starting lineup nods through nine games.

“Our friendships stem back to when we first got here,” Stevens said. “The chemistry on the court takes some time but off the floor, we’re the closest of friends and really like brothers.”

In today’s era of college basketball, year-over-year continuity is a rarity. Since 2015, the national minutes continuity average has never exceeded 50 percent. Under Medved, it’s been a different story.

“The portal is a huge part of college basketball right now,” Stevens said. “It’s almost hard to fault guys for wanting to leave and find a different road. But so many of us came in together or one year after one another and the relationship we had was bigger than maybe the individual accolades and individual success.”

Stevens’ growth into a star

Stevens has evolved into one of the nation’s top guards under Medved’s guidance.

Falling just outside of 24/7Sports’ top 400 for 2019, the Allen, Texas, native was the Mountain West’s rookie of the year and third-team honoree in ’19-20 and a second-team nod last season.

After a 14-point, 4-assist, 3-steal performance in Saturday’s 74-58 win over Saint Mary’s, the Stevens hype train is operating at full speed:

These accolades didn’t arrive overnight. In fact, Stevens received only one high-major scholarship offer out of Allen High School despite winning a 6A state title in Texas as a junior starter.

As of Tuesday, he’s the only player in college basketball averaging at least 14 points, 7 rebounds and 2 steals per game, and is doing so as the lead guard for one of the sport’s final 12 undefeated teams.

Stevens’ family receives plenty of credit for his growth and maturity.

“My dad wasn’t the biggest fan of participation awards. Either you win or it’s a learning experience,” Stevens said.

“That’s my right-hand man,” Stevens said of Barrington. “That’s my best friend, my older brother, my mentor, my therapist — all of the above.”

Barrington, who played professionally abroad, currently serves as a basketball skills trainer and has served a role in Stevens’ upbringing both on and off the floor.

“He was a really good basketball player … extremely skilled, very powerful, very quick. I’d be lying if I said I didn’t take a lot of his game and try to piece it into mine. He’s definitely been a huge blessing in my life.”

After being picked by league media to win the Mountain West to now knocking on the door of the AP Top 25, Colorado State basketball is hardly a secret anymore. For the first time, Medved and his staff are adjusting to lofty expectations and external buzz.

“One thing that we say a lot within our locker room is to still be the hunter regardless of whether you’re being hunted,” Stevens said. “I feel like that’s the mentality that we bring each and every day regardless of the success we’re having. You still have to have that mindset that we’re hunting our opponents.”

The next four games will be telling: Colorado State will go exactly a month between home games as key matchups loom against Mississippi State, Tulsa, No. 9 Alabama and the MWC opener at New Mexico.

CSU’s coaching staff will say the Rams are far from a finished product. However, it’s impossible to overestimate just how much the program has reinvented itself in such a short span. From the Stevens/Roddy 1-2 punch to Medved’s mastermind staff, Colorado State has proven winners leading the way, and the nation is finally taking notice.