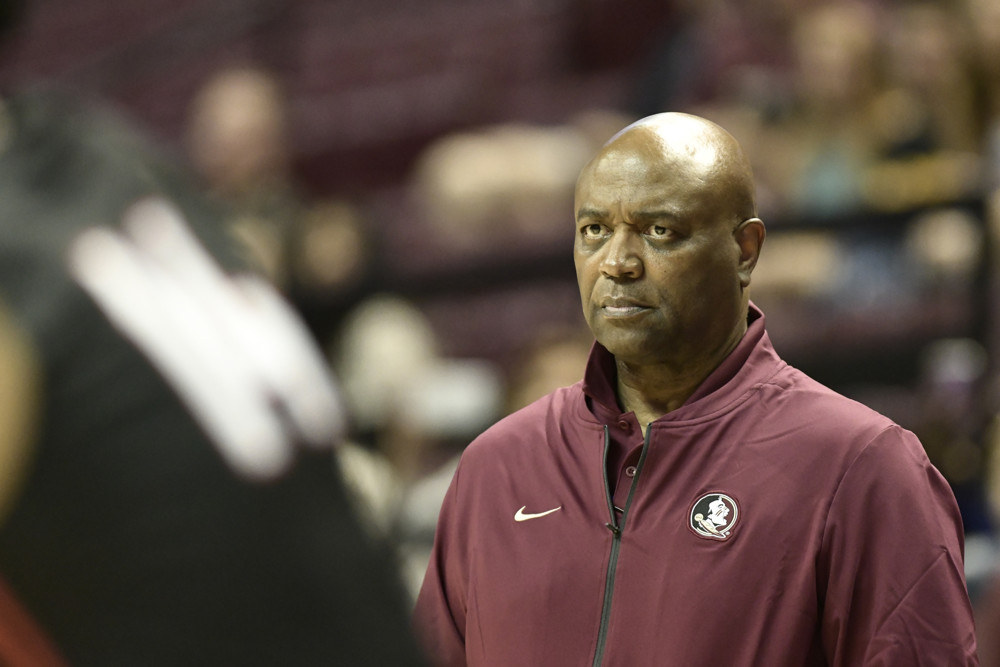 Even though Florida State basketball said goodbye to its four best players this offseason, the Seminoles are poised to remain a factor on the national scale.

It’s not often that a team loses its four best players and still cracks the top 20. It’s even rarer when the school in question isn’t a traditional basketball powerhouse. Yet Leonard Hamilton may have the ‘Noles heading in that direction. Despite returning just 41.9 percent of last season’s minutes, Florida State still commands our respect. Its ranking stands as a testament to the beast Hamilton has built.

The formula looks the same every year: assemble a stable of guys with extraterrestrial size, manufacture balanced scoring with big wings and guards, and use length to suffocate opponents on defense. Hamilton’s blueprint has netted a top-15 finish in KenPom the last three years, plus an Elite Eight berth in 2018. Expectations should be similar this go-round.

Let’s start with the size. Every season since 2009, Florida State has ranked in the top 12 in average roster height, per KenPom. This includes four years in which it fielded the tallest roster in the country, and it will be right at the top again this season.

Look no further than the monstrous frontline for the explanation behind this statistic. Malik Osborne (6-9), Tanor Ngom (7-2), Naheem McLeod (7-4), and John Butler (7-1) will all factor into the rotation. Out of this group, Osborne is the lone major contributor returning from last year. A vital piece, the senior lefty gives the ‘Noles floor spacing, crashes the boards, and defends smaller players admirably. But equally as important, he will function as the glue that holds the inexperienced frontcourt together.

Ngom, the benefactor of Osborne’s selflessness in the clip above, looks like the next 7-footer ready to flourish under Hamilton. The Senegalese center spent three seasons at Ryerson University in Toronto before transferring to Florida State in 2020. In limited minutes last season, Ngom popped as a violent shot-blocker who feasts in drop coverage and holds his own on switches. He should work out as a serviceable Balša Koprivica replacement this year.

The JUCO product McLeod and top-70 frosh Butler will relieve Ngom off the pine. McLeod specializes as a roll-man out of PnR who wants to dunk everything, while Butler brings tantalizing perimeter skills. The freshman showcases top-notch court vision and a velvety shooting touch.

The only problem? He has the beaniest of all beanpole frames. For real, it looks like this dude has never touched a cheeseburger in his life. His lack of bulk could hinder his impact in Year 1. (He does rip on the guitar, though.)

Turning to the second constant of a Hamilton-coached team, FSU will rely on balanced scoring from the perimeter. This is another deep unit with advantageous positional length. Like Osborne in the frontcourt, senior Anthony Polite provides skill and veteran expertise to the group. A season ago, the ‘Noles ranked 21st in the country in three-point percentage — and Polite played a huge part. The southpaw Swissman attempted 52.4 percent of his field-goal attempts beyond the arc, swishing 44 percent of them (Hoop-Math).

To complement Polite, Florida State welcomes in two highly-touted freshmen and two intriguing transfers. On the trail, Hamilton made a splash by signing top-25 prospect Matthew Cleveland and top-40 prospect Jalen Warley. Cleveland perfectly matches the Florida State wing prototype, flashing attributes that will call to mind images of former Seminole stars. For example, he thunders to the hoop like Terance Mann and creates his mid-range shot like Devin Vassell. If Cleveland continues to develop his 3-point jumper, the lottery could be in his future.

Warley, who checks in at an impressive 6-6 with long arms, can succeed on or off-ball. Like his freshman companion Cleveland, he slashes through the lane and displays balance and body control finishing around defenders. But defenses must also respect him from distance.

From the portal, Cam’Ron Fletcher (Kentucky) and Caleb Mills (Houston) anticipate a fresh start in Tallahassee. In his first year at Kentucky, Fletcher did next to nothing. But the former four-star recruit enters into an ideal situation with minimal pressure. Perhaps Hamilton can translate his raw athleticism to the basketball court.

Mills, on the other hand, comes with more promise. After earning recognition as the preseason AAC Player of the Year, an ankle injury spoiled his redshirt sophomore season. Now back to full health, Mills will shine as a pure bucket-getter who can create in late shot-clock situations. While his defense needs refining, his iso-scoring and his high-arcing shot will frustrate opponents all season long.

Hamilton can mix and match this entire group for his perimeter rotation. But one potential hindrance arises — no one on the roster fits the mold of a natural point guard. Now, last year, Hamilton addressed this by committee. Scottie Barnes, RaiQuan Gray, and MJ Walker all took turns as the primary initiator. (In particular, Barnes and Gray shined as spectacular facilitators.) But this season, no such solution sticks out. Mills is not much of a passer, and Warley has a score-first mentality. Maybe the head coach turns to redshirt senior RayQuan Evans for more ballhandling duties — but his career 24-percent turnover rate, compared to a 16-percent assist rate, gives reason for pause.

Still, even if the offense sputters, the defense — Hamilton’s third and final constant — keeps FSU’s floor high. The Seminoles’ aggressive scheme often applies pressure as soon as the ball crosses mid-court. Hamilton sics any of his big wings onto the ballhandler at the point of attack, disrupting the offense’s initial read. When an opponent gets into the lane, the ‘Noles usually double, taking away shots around the basket. Consider the 2021 numbers that back this strategy: Florida State ranked 20th nationally in defensive field-goal percentage at the rim (Hoop-Math). But what if the ball swings back to the perimeter? Well, this may shock you, but the Seminoles have the length and the athleticism to close out on shooters swiftly.

So, another season, another solid squad, and another year of questioning if “new bloods” are now cooler than blue bloods. Though this team may take longer to gel than previous iterations, its ceiling, like its roster, is through the roof.