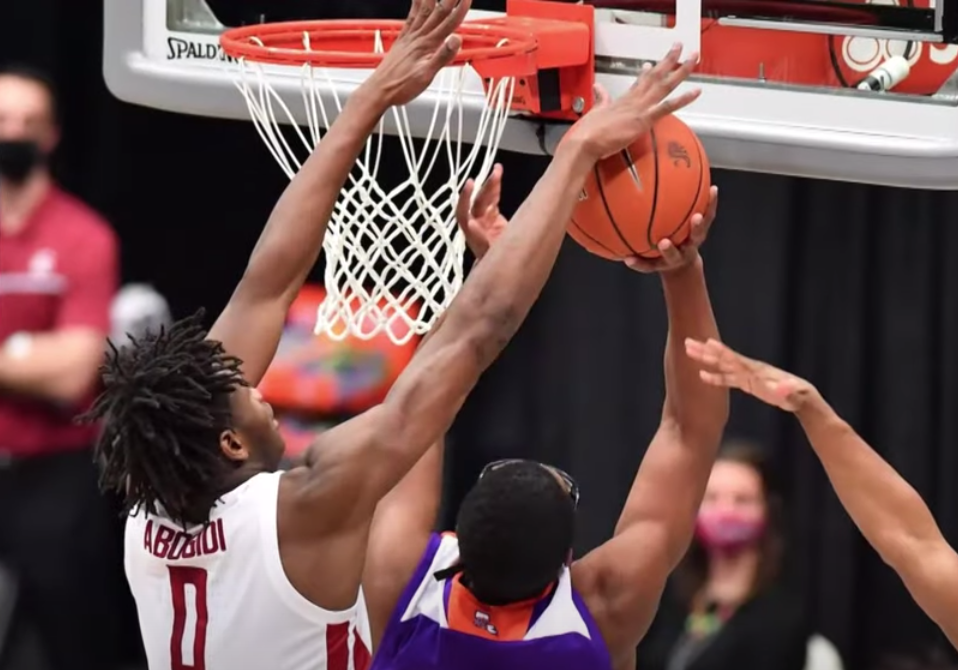 Washington State basketball is in for a special season. Find out why Riley Davis believes the Cougars could surprise in the Pac-12.

Welcome to Davis’ Deep Dives — a new series from Heat Check CBB that gives an in-depth breakdown of different teams. For the remainder of the preseason, we will be posting a deep dive for every squad that cracked our Top 25.

But before we get into the official countdown, we will observe a few teams who just missed the cut. First up: the Washington State Cougars.

There’s a good chance that you have never really thought about Washington State basketball. Even if you consider yourself a die-hard college basketball fan. Even if you live in the Pacific Northwest. Even if you’re a Tony Bennett aficionado. The Cougs have simply been an afterthought for years now.

It’s not that there’s anything wrong with Washington State basketball. It’s just that the Cougars have never done anything noteworthy in their program’s existence. I believe Ms. Swift once said, “It isn’t love, it isn’t hate, it’s just indifference.” And those lyrics apply here.

Well, it’s time for that to change. Since Ernie Kent got Ernie Kanned, Kyle Smith has built a foundation on what once seemed like an abandoned lot. Through the high school ranks, international pipelines, and the transfer portal, the head coach has accumulated the talent needed to break the Cougs’ 13-year tournament drought.

Washington State’s most formidable unit resides on the wing. Smith definitely has a type when it comes to perimeter players. All of these players measure between 6’5” and 6’7”, guard multiple positions, and make hustle plays. Junior Noah Williams headlines this group as an All-Pac-12 favorite. The 6’5” guard first made a name for himself as a freshman, bringing high-level defense off the bench. But last year, he enhanced his offensive game, growing into one of the best heat check guys in the country.

That’s him hitting a game-tying three off the dribble versus Stanford back in February. Williams put up a 40-burger in that contest. (Sure, it was on 35 shots. But in a triple-overtime game as the underdog? Sometimes you gotta empty the clip. Do your thing, Noah). Even if he has moments of recklessness, Williams’ game transcends that of some out-of-pocket chucker. He displays dynamism with the ball in his hands, creates for his teammates, and can run the offense in a pinch. Don’t be surprised if his usage rate places towards the top of the conference.

Joining Williams in the wings corps is the trio of DJ Rodman, TJ Bamba, and Andrej Jakimovsky. The junior Rodman has the edge for a starting spot due to both experience and production. After battling inconsistencies and a tussle with COVID-19, he burgeoned into a prototypical 3-and-D guy down the stretch of conference play. Assistant coach John Andrzejek gushes about his motor and prowess on the boards (no surprise, considering his bloodline):

“Our rebounding goes through the roof when he’s at the 3. He’s a really impactful wing rebounder. He can defend his position and switch a little bit and he knows his role on offense.”

Bamba and Jakimovsky likely come off the bench, but both have opportunities to carve out roles. For Bamba, some of his metrics raise concerns (such as offensive rating and turnover rate). But limited shots and minutes may have negatively inflated those numbers. On a positive note, he cashed in on 12 of his 20 three-point attempts and displayed moments of shot creation. However, most notably, he must improve his defense to stay on the floor.

Then there’s Jakimovski, the sophomore out of North Macedonia who who will swing between the 3- and the 4-spots. After a two-month Sabbatical in the transfer portal, the 6’8” forward ultimately decided on a return to Pullman. Jakimovsky shows off a smooth game — he cashes threes off of screens but also exhibits some craftiness shooting off the dribble. Additionally, his phenomenal passing will decrerase the chances of the ball sticking while he’s on the court.

Four-star freshman Mouhamed Gueye occupies the final spot in the perimeter rotation … maybe? Another international product, the Senegal product likely sees time at the 3, the 4, and the 5. Due to his positional versatility and athletic makeup, Gueye will surely chase the ever-elusive “unicorn” label. He’s just as likely to throw down a vicious alley-oop as he is to splash a three in a defender’s face.

Looking to the clear-cut big men, the Cougs boast two studs in the frontcourt. Sophomore bigs Efe Agobidi and Dishon Jackson play vastly different styles, but both will fill key roles. Agobidi profiles as the modern 4/5. He slickly rolls to the hoop, flashes insane vertical pop, and has a decent-looking three-point shot. Jackson, on the other hand, plays more with his back-to-the-basket, showing off deft footwork in the post.

Smith played them together some last season, so he may keep experimenting with those lineups or he may platoon them to keep opposing defenses on their toes.

Tying it all together is South Alabama transfer Michael Flowers, who will run the point. The fifth-year senior will thrive in Smith’s ball-screen-heavy offense, as he expertly gets to his spots off of picks. In addition, he showcased absurd shooting off the bounce last season — of his 85 made three-pointers, 46 were unassisted (Hoop-Math).

His superb three-point shooting and ability to run off of screens makes him a better fit next to Williams than the departed Isaac Bonton. Flowers also takes pretty good care of the rock — a trait that will hopefully rub off on his teammates. Washington State ranked a ghastly 303rd in turnover rate last season.

However, if Wazzu continues to sling the ball all over the court or if the offense sputters, it can always rely on its dogged defense. In 2021, the Cougars surrendered the 36th-lowest percentage of shots at the rim and the 39th lowest percentage of shots from three in the country, per Hoop-Math. They coerce their foes into low-efficiency shots late in the clock with a principled man-to-man scheme. During an impressive stretch over the final six games, they held teams under 1 point per possession in all but two contests.

Three years ago, Smith took on quite the reclamation project. But now, he sits on the verge of forging — dare I say, smithing — Washington State basketball into a Pac-12 contender.

Weaknesses: turnovers; offense can be choppy