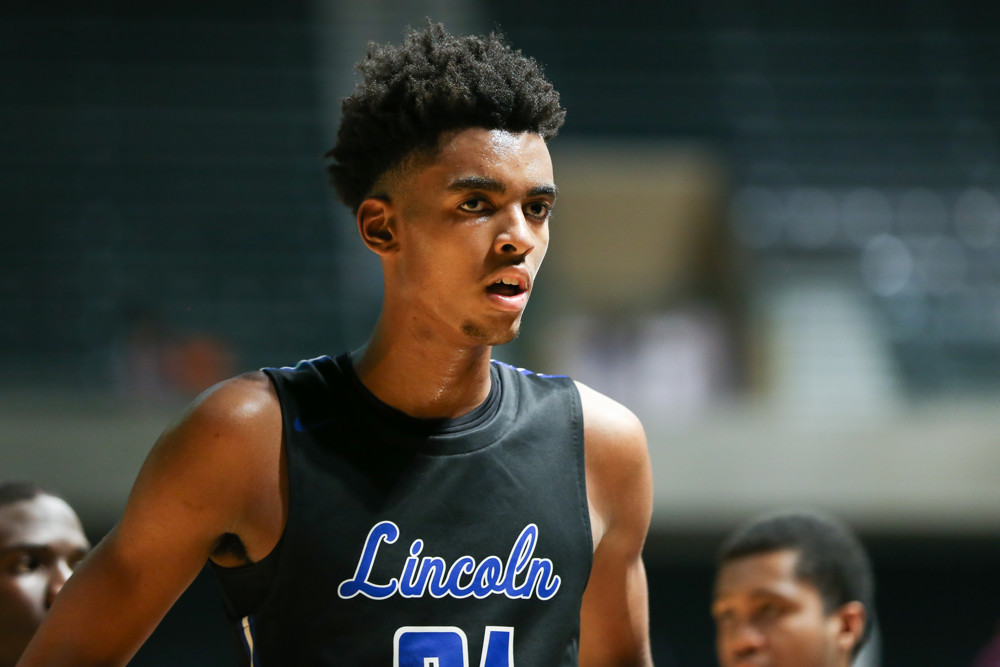 Emoni Bates, widely regarded as the best high school prospect in the country despite being a rising junior, announced his college commitment to Michigan State on Monday afternoon on SportsCenter.

“I’m not sure what the future may hold, but I do know that, right now, I am committing to Michigan State,” Bates told ESPN’s Jay Harris. “They’ve been showing love to me since I was in 7th grade. I’m big on loyalty and they’ve been showing me loyalty, so I need to show love back.”

The fact he picked Michigan State wasn’t a shock as the Spartans were the only real school that has shown consistent interest in the 6-9, 200-pound prospect.

The shock would be if the reigning Gatorade High School Player of the Year – the first sophomore ever to win the award – ended up playing college basketball at all.

Bates’ future has been up in the air for a while now as the NBA has toyed with the idea of eliminating the “one-and-done” rule, which would allow players to declare for the draft straight out of high school. Commissioner Adam Silver had discussed this change happening in 2022 and even sent a league-wide memo to teams about potential draft eligibility changes around that time.

With that as the backdrop, Bates – who is expected to be the top overall pick whenever he’s eligible (some NBA teams would take him #1 this year) – is expected to be the headliner of that change. Given his size, athleticism, guard skills, and effortless scoring ability, it’s easy to see why scouts believe Bates is a can’t-miss superstar.

The Michigan native has expressed interest in pursuing that option when he can, and that’s why many colleges have essentially laid off recruiting him – with the notable exception of Tom Izzo and Michigan State, which is why they landed his commitment.

However, the COVID-19 pandemic has caused the NBA to delay such discussions and there is no timetable for them to resume.

The G League route has also emerged as a new option, and Bates would be in line to receive a deal equal to or greater than the $500K deal received by Jalen Green, the #3 overall prospect in the 2020 class. This will be the first year of the new initiative, giving Bates the opportunity to evaluate how real of an option that is. He has expressed a desire to play college basketball over going to the G League, but he did say that was fluid (Green said something similar about professional options vs. college before changing his mind and picking the G League, for what it’s worth).

First, though, he will transferring and playing his high school basketball for a new prep school his father, Elgin, is starting. Part of doing so will put Bates in position to graduate early and reclassify to the 2021 class if he so chooses.

“Anything is possible right now,” Elgin Bates told ESPN. “By the end of his junior year, he will be in position to graduate. We don’t know yet. It’s up to him, it’s a day-by-day thing for him. It might be a decision he decides to make later on.”

Emoni has not decided whether he will reclassify or not, opting instead to leave his options open.

“It really depends how this year goes,” he told ESPN. “After this year it will tell me everything I need to know. I can’t decide on that right now. After this year, if it’s too easy, I might. But if not, I’m probably going to play another year.”

Both Bates and his father have kept their future plans very open ended, and that’s the smart thing to do at this point. Any changes to NBA Draft eligibility would make this future decision very easy. If that doesn’t happen, he has the luxury of seeing the success (or failure) of the G League pathway program.

And, of course, he can always suit up for Michigan State if draft rules don’t change in time and the G League pathway struggles. That said, given what we know about Bates’ desires for his basketball career, the odds are certainly stacked against it.