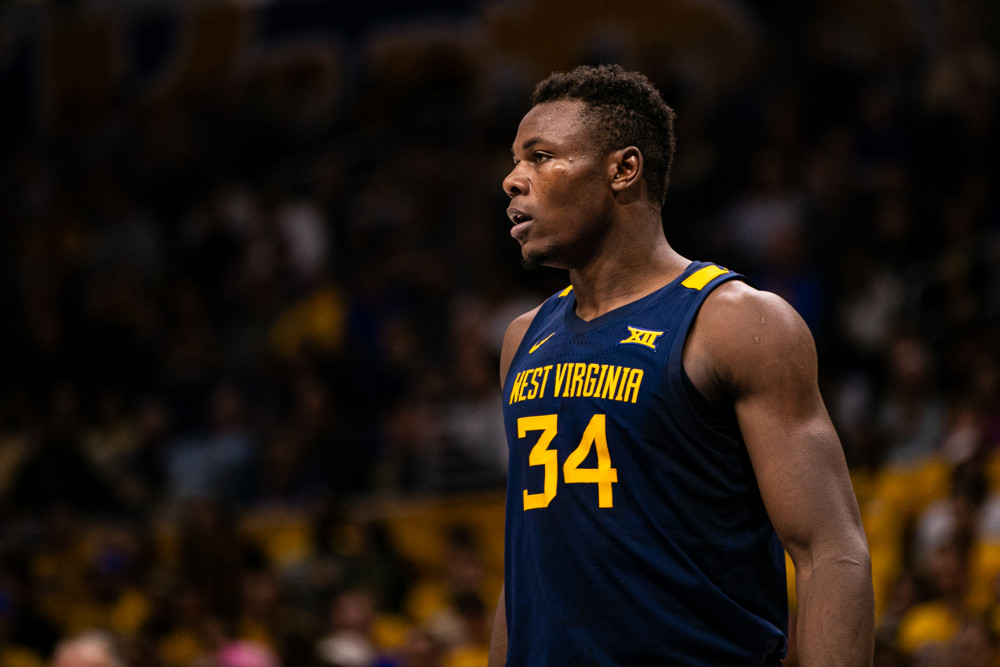 There were no real surprises, particularly at the top. Gonzaga, Baylor, and Villanova made up the top three, as expected, with Virginia slotted right behind them. Experienced teams were rewarded with lofty rankings behind that top group, which has become common practice for these preseason polls.

Despite the lack of surprises among the teams that are ranked, there are some glaring inconsistencies regarding where those teams are ranked vs. what I expect them to show on the court. Here are the three most overrated and three most underrated teams in the preseason top 25:

On one hand, one would expect Iowa to be ranked really high. Luka Garza will be the Preseason Player of the Year, almost singlehandedly carrying the Hawkeyes to a 20-11 record last season and they return virtually everyone from the rotation. They also get starting point guard Jordan Bohannon back after he missed almost all last season due to a hip injury.

We know Iowa is going to be great offensively again after ranking 5th nationally in AdjO in 2019-20 because of its returning talent on that end. On the flip side, that returning talent is not great defensively, and the offense isn’t good enough to completely overcome a lackluster defense (especially with its relatively average 3-point shooting).

The Hawkeyes are still a good team capable of beating anyone on any given night but their defense leaves them susceptible to a clunker of a performance every now and again (see last season’s loss to Nebraska). They’re a top 15 team for sure but not one that belongs in the top five.

The more I’ve dug into this Tennessee team this offseason, the more I like them. It’s gotten to the point where having them outside the top 10 is completely crazy to me.

Some of the cautiousness surrounding this Vols team comes from their relative lack of success a year ago (aka not being an NCAA Tournament team), but that doesn’t fully encompass their season. They were ranked in the top 25 when starting point guard Lamonte Turner was lost for the year in December and struggled while having to incorporate a brand new floor leader on the fly (Santiago Vescovi, who was getting his first action as a freshman). Those struggles were to be expected. Now Vescovi is part of a strong returning core with potential SEC Player of the Year Yves Pons, John Fulkerson, and former five-star prospect Josiah-Jordan James.

Throw in a pair of highly regarded freshmen in Jaden Springer and Keon Johnson, and Rick Barnes has a plethora of high-end talent and experience to work with. Tennessee should rank among the top seven or eight.

RELATED: Tennessee is a budding powerhouse positioned to strike

Wisconsin — somewhat surprisingly — won a share of the Big Ten regular season title after closing the year on an eight-game win streak. The Badgers return everyone but Brevin Pritzl from that group, making them a somewhat obvious choice for the preseason top 10 on the surface (they landed at No. 7). Their turnaround really started once Micah Potter became eligible midseason, and the combination of he and Nate Reuvers gives the Badgers one of the best big man duos in the country.

However, that turnaround wasn’t just caused by Micah Potter. Wisconsin became one of the best 3-point shooting teams in the country during that win streak, making 41 percent of their shots from deep over the final eight games of the season. In the 23 previous games, the Badgers shot just 33.0 percent, which is more in line with what we saw from them in 2018-19 as well (35.9 percent).

It’s worth remembering that Wisconsin was only 13-10 overall and 6-6 in the Big Ten before its hot streak. The Badgers will certainly be better than that this coming season, yet it’s also foolish to think those eight games suddenly give this team a new identity. I think we’ll see a regression to the mean for the Badgers – still a top 15/20 team, but not one that belongs in the top 10.

My outlook on West Virginia is completely opposite of that from Wisconsin because, well, their seasons followed opposite paths. The Mountaineers looked like a top 10 team for the first three months of last season before a terrible seven-game stretch in February in which they went 1-6. That killed most of the positive buzz this group had due to the offensive struggles that caused the slide. Already a lackluster offensive team, its scoring averaged dropped from 73.4 to 62.7 points over their final nine games.

But there was reason to think the Mountaineers may have snapped out of that funk before the season was abruptly cancelled – WVU ended the regular season with a 76-64 win over Baylor – and they will return to looking like a potential Big 12 contender.

They return virtually everyone and I’m expecting guard Miles McBride will become a superstar in his sophomore season, giving them the kind of perimeter threat they lacked a year ago. If that happens, along with sustained health from big men Derek Culver and Oscar Tshiebwe, the Mountaineers could be looking at a potential Final Four berth given their depth and defense. They’re certainly worthy of inclusion in the top 10.

I really like Juwan Howard as a coach and think he has assembled a solid, NCAA Tournament-caliber roster in his second season. But seeing this team ranked in the preseason Top 25 did cause me to raise my eyebrows a little bit.

Michigan only returns three players who averaged over six points per game and have to replace its floor leader and best defensive player in Zavier Simpson. Isaiah Livers is a good player who makes the Wolverines one of the Big Ten’s best teams when he’s on, yet he was incredibly inconsistent as a junior. They will also be relying on mid-major grad transfers and freshmen to make up almost the entirety of their bench unit, both of which aren’t always guaranteed to have the kind of impact you hope.

Again, I think the Wolverines will be solid. There’s talent here, they have size, and they have a good coach. But there are other teams with more talent and experience that should be ranked ahead of them.

Finally, a Big Ten team I don’t think is overrated in the preseason poll and it’s…RUTGERS?!?

The Scarlet Knights are essentially running it back with a group that would’ve ended a 30-year NCAA Tournament drought before it was canceled. Jacob Young, Geo Baker, and Ron Harper Jr. are as good of a perimeter trio as you will find in the Big Ten, and Steve Pikiell’s squad got a huge boost up front when top 50 center Cliff Omoruyi committed.

The Scarlet Knights’ biggest pitfall in 2019-20 was their inability to win away from home: Rutgers won just two road/neutral games all year. But they will go from being a young team (242nd in experience last year) to one of the nation’s most experienced ones, and experienced teams tend to perform better on the road. Plus, with limited or no crowds expected at games, going on the road won’t be anywhere near as daunting.

With this core, Rutgers should make the Big Dance with ease and could also be looking at a potential Sweet 16 berth. Pikiell’s team certainly belong in the top 20.