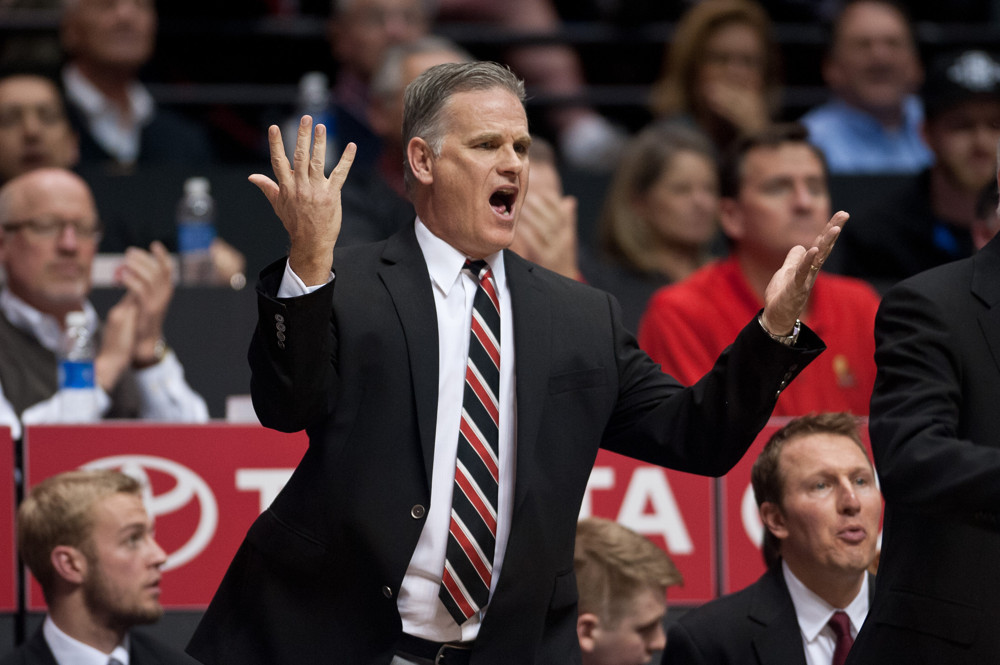 NCAA Basketball: 5 most impactful transfers this offseason so far

Ranking the five biggest transfer commits of the college basketball offseason so far.

We’re just over a month into the NCAA basketball offseason and the transfer portal has easily been the biggest storyline.

The combination of players receiving an extra year of eligibility and the new one-time free transfer rule that allows players to be immediately eligible following their first transfer has created a frenzy unlike any we’ve seen in the history of the sport. Nearly 1,500 players have entered the portal over the last month and many are still looking for a new home. This list may look very different by the time we get to next season because of the remaining notable transfers.

However, several transfers who have already committed are poised to make significant contributions right away. Below are my five most impactful transfers of the offseason so far.

Bradley was a star carrying an otherwise lackluster Cal team over the last three seasons with a versatile offensive game that helped earn All-Pac-12 honors in 2019-20 and 2020-21. He’s a power guard/undersized forward who should step in and replace Matt Mitchell in both playing style and as San Diego State’s offensive leader.

The hope is that Bradley will have a Malachi Flynn-type impact for the Aztecs. The 6-4, 220-pounder is certainly capable of being the leader for a very good San Diego State team.

Mike Smith‘s departure left a gaping hole in Michigan’s backcourt. The Wolverines are bringing in the nation’s top recruiting class and have a few key returners, namely Hunter Dickinson and Eli Brooks, but they had a major question mark at the point guard spot.

Juwan Howard went out and landed one of the best transfers available in Jones. The reigning Sun Belt Player of the Year was a dynamic force for Coastal Carolina and can do a bit of everything on the court. He played off the ball last season and saw his scoring numbers jump after playing point guard for the Chanticleers in 2019-20, when he averaged 5.7 points per game.

Smith was a high-profile scorer in his time at Columbia before transferring to Michigan and accepting a pass-first, playmaker role. Jones will be asked to do something similar and has the ability to excel doing so. His defense is a major plus, too.

Kessler, a five-star prospect in the 2020 recruiting class, was buried on UNC’s bench as the fourth big man in the Tar Heels’ loaded frontcourt rotation. That lack of playing time caused him to look elsewhere and despite new head coach Hubert Davis‘ best efforts, he ended up committing to Bruce Pearl and Auburn.

The Tigers have a talented young team that should be a threat in the SEC over the next few seasons despite not having a real threat in the middle on either end of the court. Kessler suddenly fills that role and have the skill to do so at a very high level.

Despite his limited playing time, the 7-1, 245-pounder would have led the Tigers in both rebound rate and block rate. His presence will immediately help an Auburn team that ranked outside the top 300 in defensive rebounding and strengthen an already elite shot-blocking unit (sixth nationally). Kessler’s scoring ability on the block will also help create more open three-pointers for Auburn’s plethora of shooters.

Speaking of shooters, Kentucky hasn’t really had any over the last few seasons. For all the top talent John Calipari continues bringing to Lexington, shooting has been a consistent weakness for the Wildcats.

Well, Calipari has made it a point this offseason to fix that. He brought in Grady from Davidson and CJ Fredrick from Iowa, both of whom are known as knockdown three-point shooters. Fredrick’s decision to transfer to Kentucky was much more publicized, yet Grady will be the one who has the bigger impact.

The 6-5, 205-pounder is a fifth-year senior who will bring four years of playing experience to a team that desperately needs experience of any kind. He’ll steady the ship as a reliable ballhandler who rarely turns the ball over and can play anywhere on the perimeter. That versatility, shooting, basketball IQ and, most importantly, experience and leadership, should place him among the team leaders in both minutes and usage.

Johnson is not going to be a huge offensive force for UCLA. That’s not his strong suit and that’s not what the Bruins need, especially if Johnny Juzang opts to return to school. What they do need, however, is better interior defense and rim protection, and Johnson is phenomenal in both areas.

Mick Cronin’s Cincinnati teams were known for their defense and there is no doubt UCLA has to improve in this area if they’re going to fulfill their preseason expectations. Adding Johnson should significantly strengthen those weaknesses.