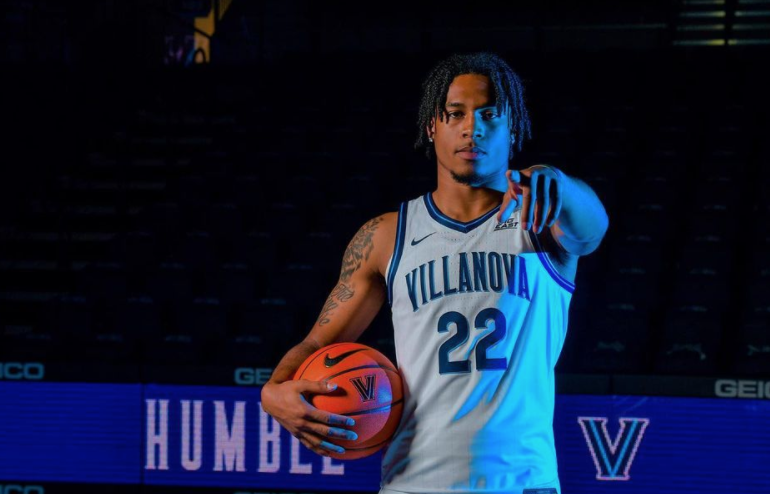 Recruiting Roundup Storyline of the week

Otega Oweh’s brother, Jayson, was the 31st pick of the 2021 NFL draft. Many thought his Otega would follow in his brother’s footsteps. Prior to committing to Oklahoma, Oweh’s final group consisted of the Sooners, Penn State, Illinois, Brown and Columbia.

Oweh is ranked No. 76 in the 2022 Rivals150. His stock exploded after leading his Team Final (Penn.) EYBL team to the Nike Peach Jam championship this past summer. The Sommerset (N.J.) Blair Academy wing is strong, explosive and plays with a high motor.

This was an excellent pickup for Porter Moser and marks the first commit in his first full recruiting cycle. Moser had to win quite a recruiting battle to land Oweh, who should be a winning player for the Sooners.

Perhaps no player in the country did more for their reputation than Cam Whitmore. The Rivals150 No. 22 prospect started the summer just outside of the Top 100. Blessed with a strong and highly explosive 6-6 frame, Whitmore is on the young side of his grade and is even younger than some 2023 prospects.

The Severn (Md.) Archbishop Spaulding senior is a modern-day forward. He is strong and high-flying who can theoretically guard multiple positions. He is still tightening his ball skills and smoothing out his jump shot so he can become more of a threat in the half court. Whitmore is electric in transition as well.

While it was reported that Jay Wright swore off 5-stars, Whitmore’s fit at Villanova is a good one. Wright has had success with small ball bigs and switchable forwards. Plenty of development is still expect out of Whitmore, which is a promising sign given his upside, physical tools and raw production.

On Sept. 29, Rivals150 No. 14 Julian Phillips announced his final four schools of LSU, Tennessee, Florida State and USC. It was also around that time that word started to circulate among college coaches that Phillips was looking hard at LSU. There was some uncertainty leading up to Friday’s announcement as Phillips and his group were tight-lipped with their decision, with many thinking Florida State was in the thick of things.

Wade and the Tigers are receiving a 6-8 wing who plays with a lot of pop and is an excellent offensive rebounder. While he still needs to add weight and expand the range on his jump shot, Phillips has long been a productive player. Keep an eye on him participating in numerous events across the country with Brandon (Mo.) Link Year Academy this season.

NC State head coach Kevin Keatts has found his comfort zone with recruiting guards who graduate high school locally in North Carolina. Add LJ Thomas, a 6-2 lead guard, to the running total. Thomas has a strong frame along with the ball skills and footwork to get to his spots with a crafty handle and great balance. The Durham (N.C.) Bull City Prep guard is a score-first type guard, but he can get his team into sets. The NC State staff likes the way Thomas fits into their pick and roll heavy offense. His ability to shoot the ball and create offense really appealed to the staff. The question now is whether Thomas will enroll early or stay in the 2022 class.

Recruiting Roundup 2024 commitment of the week

Michigan offered Christian Anderson, an Atlanta (Ga.) The Lovett School sophomore in July. From that date it was expected that the 5-9 guard would end up with the Wolverines. Anderson is a high-scoring, confident lead guard. He has deep range and a quick handle and put up a few 30-point and 40-point efforts this summer.