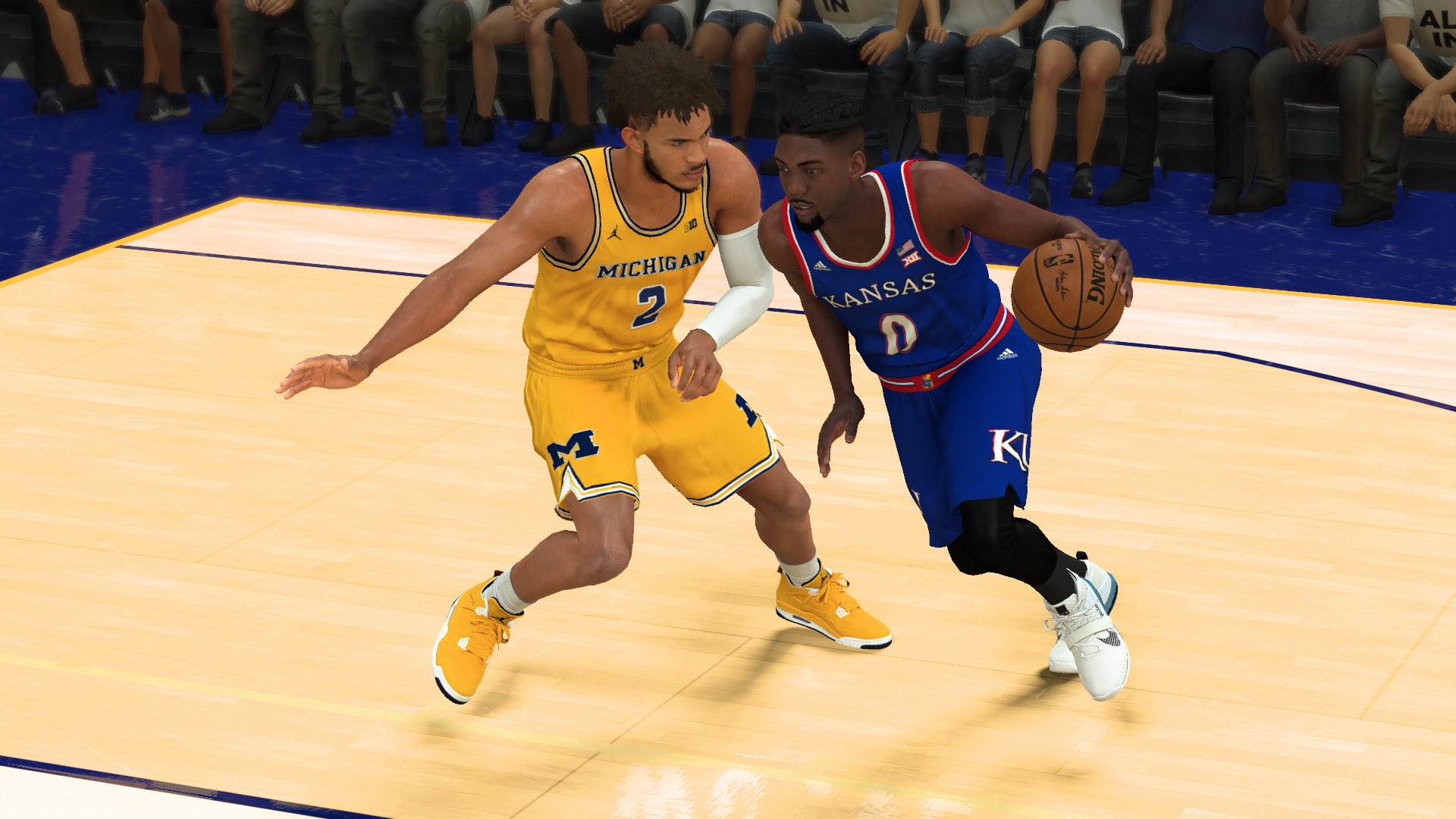 The 2020-21 college basketball season is shaping up to be the most unpredictable in recent memory. Between the COVID-19 pandemic, scheduling issues, a virtually non-existent offseason, and games being played in front of little or no crowds, no one knows what to expect from the shrinking number of teams that will be suiting up on Nov. 25.

So how will things unfold?

We decided to use updated college basketball rosters in NBA 2K21 to simulate the upcoming season. Here are the results for the top individual awards, who made the Final Four, and who wound up cutting down the nets after winning the national championship.

National Player of the Year

Luka Garza, C, Iowa
This should come as no surprise given Garza’s status as the Preseason National Player of the Year. However, Garza’s impact did change in the simulation. His scoring average dropped to 16.7 points per game (down from 23.9 last year) but he averaged over 15 rebounds per game and was also named National Defensive Player of the Year, posting over 1.5 blocks and 1.6 steals per game.

Miles McBride, West Virginia
Josh Christopher, Arizona State
John Fulkerson, Tennessee
Akok Akok, UConn
Luka Garza, Iowa
Alongside Garza on the All-America team are three breakout players and one star freshman, though the latter is not the one many anticipated.

Christopher thrived in Arizona State’s guard-heavy system, averaging 22.2 ppg while shooting nearly 50 percent from the field. Fulkerson was a double-double machine for the Vols (14.4 ppg, 11.0 rpg) while Akok’s versatility in the frontcourt (16.4 ppg, 8.1 rpg) helped UConn return to the NCAA Tournament.

McBride emerged as a superstar for West Virginia, and his productivity helped the Mountaineers finish the regular season ranked No. 1 in the country. He was a dynamic scorer (16.2 ppg) but showcased a solid all-around game that helped him lead the nation in assists (6.2 apg, 5.4 rpg, 1.6 spg).

Kansas 88, Tennessee 68
This was an offensive explosion for Kansas, which led by as many as 25 points in this blowout. Five players recorded at least 12 points led by Marcus Garrett (24 points, six assists) and David McCormack (17 points, 17 rebounds). Tennessee’s run ended due to some extremely cold shooting (36 FG%, 27 3P%).

Michigan 76, Kentucky 71
This game was a battle of No. 1 seeds and Eli Brooks took over for the Wolverines. He caught fire from deep, making six threes in the contest. Michigan made 14 on the night as a team to outduel a Kentucky team that only had three players (Devin Askew, Terrence Clark, BJ Boston) score in double figures.

Kansas 87, Michigan 84
This was a tight game that went down to the wire but Kansas was in control much of the way. Michigan never led by more than two points while the Jayhawks enjoyed a double-digit advantage for half the game. Garrett was the biggest difference as he had his best offensive performance of the entire season (30 points) and was named Final Four MOP.

Many thought Kansas would have won the national championship had the NCAA Tournament happened last season. Bill Self and the Jayhawks now have some good luck on their side after an NBA 2K21 simulation title.