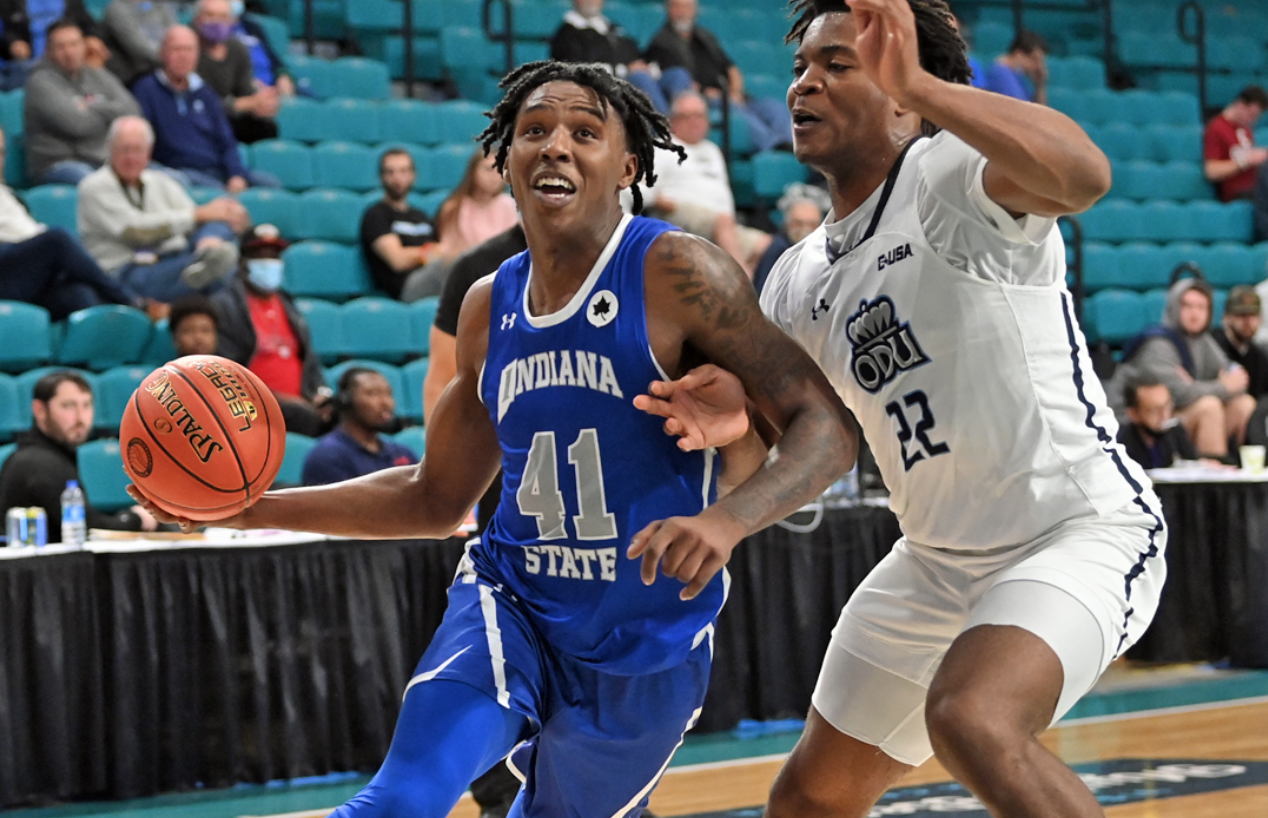 Shaw’s Sleepers: Indiana State’s Cameron Henry has a story as unique as his game

Unique players make college basketball special. There is nothing quite like a productive player who does so in an unorthodox manner.

During last week’s Myrtle Beach Invitational, Indiana State dismantled Old Dominion 77-36 to set up in an intriguing matchup with Oklahoma in the tourney’s semifinals.

Despite Oklahoma winning the game handily, Indiana State’s Cameron Henry was the breakout star of the game with 25 points, eight rebounds, four assists, four steals and two blocks. Let’s learn more about Henry and his backstory.

Henry attended Chesterfield (Va.) L.C. Bird High. A late-bloomer by most accounts, the 6-6 guard was named first-team all-state and helped lead his team to a 5A state championship as a senior.

It took Henry a while to figure out his own playing style. It also took him some time to become a qualifier, allowing D-2 Lincoln Memorial University to sweep in late. Henry took the offer and redshirted his freshman season.

Henry’s out-of-nowhere story has not been an overnight success. While at Lincoln Memorial, he led the Railsplitters to a 71-14 record and scored a robust 1,075 points in his three seasons. He also averaged 6.7 rebounds, 3.2 assists, and 1.8 steals while shooting 39.2 percent from three.

“Cam was their best player but not their leading scorer,” an opposing South Atlantic Conference coach said. “They played him 1-through-4. He was super skilled and mobile and very switchable.”

Henry acts as the primary initiator on most of Indiana State’s possessions. He joins the likes of David Roddy, Keegan Murray, and EJ Liddell as one of only 10 players in D-1 basketball this season to have a player efficiency rating over 25, more than 95 points scored, and usage percentage over 28.

Transitioning from D-2 to D-1

While it has only been six games, Henry’s analytics have hardly changed. Last season, he averaged .966 points per possession on offense. Synergy rated Henry ‘excellent’ as a spot-up shooter. Synergy also graded him as ‘very good’ in iso situations, pick-and-roll ball handling, and shooting off screens.

During his three games at the Myrtle Beach Invitational, Henry averaged 17.3 points, nine rebounds, 5.7 assists, and 2.7 steals. He also shot 35.3 percent from three. According to Sports-Reference, only Evan Turner has produced similar numbers in a season since 1992-93.

Henry’s offensive profile, including his on-ball ability in a 6-6/210-pound frame, is enough to catch the eye.

Last season, Henry allowed .798 points per possession, ranking in the 96th percentile in defending iso-situations on the ball.

Transitioning to the D-1 level, in six games, including matchups against Purdue, Oklahoma, New Mexico State, Henry carries a 92.1 defensive rating and a 3.2 defensive box plus/minus. He joins a who’s who list of 12, including Paolo Banchero, Wendell Moore, Keegan Murray, Justin Bean, and Azuolas Tubelis, who have produced similar numbers and scored 15 or more points per game.

The entirety of Cameron Henry‘s game positions him in a special class of players. The two-way prowess of players who can defend the point of attack and knockdown triples is precisely what NBA front offices desire. Chesterfield, Va., to Lincoln Memorial to Indiana State is an atypical path. While Henry has a way to go, his next-level potential is in place.