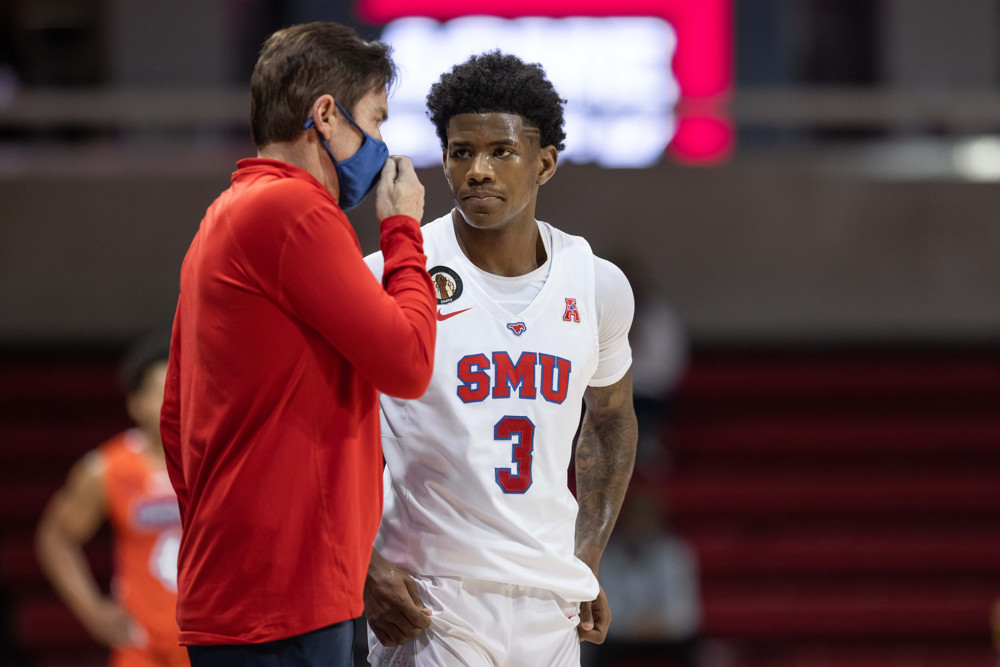 SMU off to strong start thanks to experience, guard play

Steady guard play and experience have played a key role in college basketball’s strongest starts this season. These two factors have especially been the case for the SMU Mustangs, which remain unbeaten as the calendar turns to 2021.

Tim Jankovich’s squad picked up its sixth consecutive win of the year Wednesday, taking care of Temple 79-71 on the road. With the victory, SMU is one of just 10 teams nationally that is unbeaten with at least six wins.

Leading the way is Kendric Davis, the Mustang lead guard who was an all-AAC honoree last season. The 5-11 Houston native and TCU transfer has been one of the nation’s elite players this year, tallying 19.2 points, 7.2 assists, 4.3 rebounds and 1.8 steals per game while remaining scorching hot from deep at 47.6 percent. Most importantly, SMU has yet to lose and is looking like an immediate factor in the AAC under his leadership.

Davis’ career path is awfully similar to another SMU great, Nic Moore, who led the program to 79 wins during his three years from 2014 to 2016. Moore began his D-I journey at Illinois State before heading to Dallas as a transfer. By the time his career wrapped, Moore was (and still is) the only two-time AAC player of the year. His 14.5 points and 5.1 assists per game helped guide SMU to the league’s regular season and conference tournament title in 2015 and a No. 6 seed in the NCAA Tournament.

While Davis might not gather as many accolades as Moore, there are several similarities between the SMU guards.

“Kendric and (Nic Moore) have some similarities,” said SMU assistant Yaphett King on the Heat Check on All-Access Media. “They’re both smaller guards but they’re just tenacious competitors and I think that’s where those comparisons line up.”

Although Davis and Moore both have impressive career statistics, their most important traits don’t show up in the boxscore. It’s their winning mentality and overall competitiveness that have helped SMU rise to the top tier of the AAC.

“Those guys both just love to win, love to compete and love to be in the gym. They love to win and lead their teams to victory. In a lot of regards they’re both similar,” King said.

“(Moore) was an unbelievable scorer while (Davis) has an uncanny ability to be able to find people on the court. He’s a very tough defender and a guy that’s always looking and seeking out ways to get better. He wants to win and wants to learn.”

As of Friday, Davis ranks as the top player in the AAC, according to Heat Check’s Gold Star Guide. But unlike some players who rack up stats every night, Davis’ skill set is oriented around helping his team get better.

In Wednesday’s win over Temple, Davis and backcourt running mate Darius McNeill delivered the final punches against a pesky Owls squad. The guards played off of each other with ease, making the extra passes down low to big man Yor Anei when needed or converting contested shots in the lane.

SMU is playing like a team that knows each other’s strengths and thrives off familiarity. The Mustangs are one of the most experienced teams in the country with eight of the team’s nine rotational players being upperclassmen, including each of the five starters.

Tough tests will be in store for Davis and company. No. 5 Houston will be in Moody Coliseum on Sunday evening on ESPN2 in a three-game home stretch that also includes Cincinnati on Thursday and Temple again on Jan. 10.

The AAC’s overall depth will provide significant challenges for SMU, but the pieces are there for another special season that is reminiscent of previous Mustang powerhouses. It all starts at the point guard position.