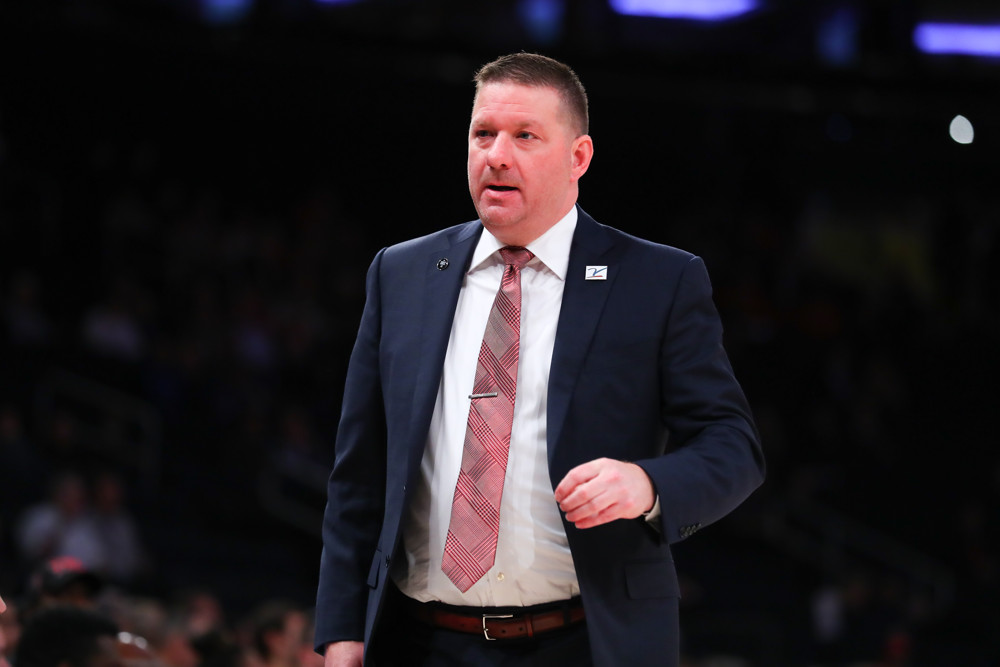 Texas basketball landed the offseason’s top transfer in Marcus Carr. Here’s why he’s set up to succeed in Chris Beard’s system with the Longhorns.

New head coach Chris Beard put the proverbial cherry on top of Texas basketball’s offseason sundae over the weekend when Minnesota transfer Marcus Carr, regarded as the nation’s top transfer, announced his intentions to play for the Longhorns.

It’s the latest, most notable, and (likely) last move Beard has made in putting his immediate stamp on the Texas roster. Carr is one of six players transferring to Austin, five of whom started for power-conference programs last season. The other, Tre Mitchell, was one of the nation’s best mid-major players at UMass.

This group, combined with top 35 prospect Jaylon Tyson and a core of returners headlined by Andrew Jones and Courtney Ramey, has turned Texas into a national championship favorite that will begin the season ranked in the top 10, possibly the top five.

Beard built a reputation as one of the best coaches in college basketball during his time at Texas Tech, leading the Red Raiders to Elite Eight and National Championship Game appearances in back-to-back seasons in 2017-2018 and 2018-19. He excelled at developing his players and getting the most out of the talent he had, along with utilizing the transfer portal. The 2018-19 Texas Tech team was littered with impact transfers, and Beard is hoping this group reaches that level.

That said, this is clearly the most talented team Beard has ever had. The Longhorns have experience, size, playmakers, and the kind of quality depth coaches dream about.

This was all going to be the case with or without Marcus Carr, but Carr’s arrival positions the Longhorns in the elite stratosphere.

Let’s start with the obvious.

He gives Texas an elite perimeter scorer and playmaker who can skew his game either way depending on the talent around him. His scoring surged last season as Minnesota’s only reliable offensive option, while his assists and rebounds were higher the previous year when he had an NBA-caliber teammate in Daniel Oturu. Carr was willing to sacrifice shots and focus more on his playmaking when the surrounding talent allowed.

That’s important, too, because of how much talent is on this Longhorns team. Texas doesn’t need another player to come in and chuck it 15-20 times per game without contributing anything else offensively. Carr can do that effectively when he needs to, but he won’t force it.

Askew is a talented player who was a consensus top 40 prospect in the 2020 recruiting class. However, he struggled mightily during his lone season at Kentucky, often making poor decisions and rarely having a significant positive impact on the game.

Askew did reclassify and graduate high school early in order to play for the Wildcats, so he technically should’ve been a high school senior last season, making it easy to chalk that up to growing pains. Beard can now bring the Santa Ana, Calif. native along as he sees fit without forcing him into any significant responsibility whether he’s ready or not.

Now let’s get to the subtle reason why Carr really fits at Texas and why I’m so excited to see him under Beard: late-game situations.

Beard’s strategy throughout his Division-I coaching career — one season at Little Rock, five at Texas Tech — has been defensively focused. His brand of intense defense decimates lesser opponents and has generally stalled better offenses in an effort to keep games close at the end, at which point his team has a chance to win or pull off the upset. As a result, his teams are involved in more than their fair share of close games.

They were really good at winning them early in his career, too.

During his lone season at Little Rock and first three seasons at Texas Tech, culminating in that run to the national title game, Beard’s teams were 37-17 in games decided by no more than eight points.

However, that success evaporated over his last two seasons in Lubbock as the Red Raiders went just 10-16 in those close games.

The discrepancy was caused by the absence of players who could win in isolation by creating for himself or others, depending on the situation.

Beard has routinely utilized isolation and pick-and-roll sets in those late game situations, putting the ball in the hands of his team’s best player to attack and read the defense before making a play. The ball doesn’t go to anyone else unless that player dictates it.

That player was Keenan Evans during his Beard’s first two seasons at Texas Tech, whose routine late-game dominance came into the spotlight in the NCAA Tournament. In the clip below, notice how, a) Evans is the only one with the ball on these possessions and, b) the plays are set up for him to attack.

Then, when Evans graduated, it was Jarrett Culver who took over the role and led the Red Raiders to the title game thanks to more success in those late-game isolation or pick-and-roll sets.

Texas Tech did not have anyone who could excel in that role either of the last two years. Mac McClung tried to be that guy this past season and while he succeeded at times, he did not have the playmaking chops to keep defenses on their toes or the size to shoot over defenders.

How Carr can help

Marcus Carr, on the other hand, has already flourished in a similar role at Minnesota. Here is a clip of him utilizing a pick-and-roll set to hit a game-tying three against Iowa:

Here’s another one against Ohio State:

And, just for good measure, two key isolation plays late in a win over Loyola Marymount:

On top of everything else, this is what Marcus Carr does. For all the talent Texas already has on their roster, it did not have anyone who can pull off the highlights above.

Andrew Jones hit a game-winner in the closing seconds last year, though that came in a spot-up opportunity. He’s not a great isolation player, and Ramey is inefficient in that area as well, in addition to Askew’s aforementioned shortcomings. As good as Tre Mitchell and the rest of the frontcourt project, none of them have the ballhandling and decision-making abilities to warrant being that guy down the stretch.

Texas has enough talent to play with anyone in the country and should win a good deal of its games rather comfortably. But having a closer like Carr, who has already proven he can excel at this level in positions Beard will put him in, could make the Longhorns special.