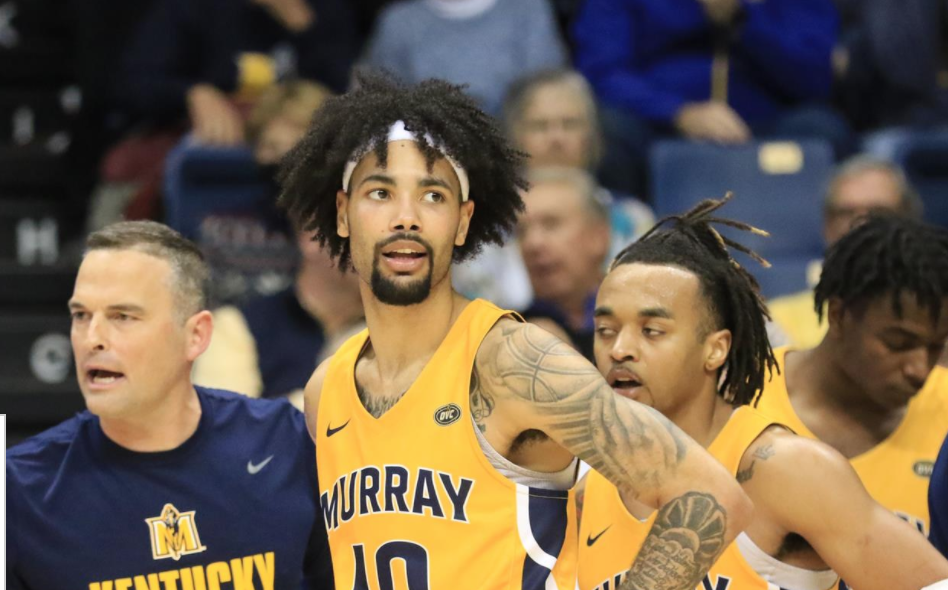 Illinois’ Kofi Cockburn and Murray State’s Tevin Brown are rocketing up the leaderboard in our college basketball player rankings at The DPI Gradebook.

It’s just about time for Christmas, and here at The DPI Gradebook, we’re ready and raring to give out the greatest gift of all: public praise.

OK, maybe that’s a little superficial and/or not completely in keeping with the holiday spirit. Other good Yuletide gifts from the heart include: love, kindness and goodwill toward your fellow humans. You know, all that cheesy stuff.

But I’m not here to write Hallmark cards. My job is to track the best players in the country and then tell you about them. So let’s get to it!

As a reminder, we will be providing regular updates on the Gold Star race in the form of regional coverage. Below are the top 10 players from each region, as well as the five best individual performances to date from each of the country’s four quadrants.

Got it? Good. Let’s boogie.

We’ll start out in the West Region this week, considering it houses the player who has had a stranglehold on the No. 1 spot for over a month now.

We’ll get to the No. 1 guy in a moment, but first, let’s talk about Mathurin. The Arizona sophomore had a nice first year in Tucson, but he really broke out over the summer with Team Canada at the FIBA World Cup. Since then, he has put Tommy Lloyd’s first Wildcat team on his back. Mathurin has shown the ability to make just about every play on the court, and he has the type of killer instinct that will become crucial during Arizona’s eventual March run. Regardless of the loss to Tennessee, this team is a legitimate national title contender, and Mathurin is running the show.

Oh, hi, Justin. Not that I’m complaining or anything, but Mr. Bean has been at the top of the Gold Star Guide for over a month — both in the overall Top 500 and in the individual performance list. Bean’s ridiculous 24-and-19 outburst in a win over the Sooners has aged quite well, with Oklahoma currently the first team out of the AP Top 25 poll. Bean has two other massive performances buoying him, as shown above, but his lead is shrinking. Bean’s lead in the Gold Star metric (GOLD+ above) sat at nearly 10 points a couple of weeks ago. Now, players such as Kofi Cockburn and Johnny Davis are nipping at the Aggie senior’s heels. Regardless of how this all plays out, Justin Bean‘s performance over the first two months is deserving of every bit of praise possible. It’s also the reason Ryan Odom could end up in the NCAA Tournament in his first year at the helm in Logan.

It was a strange beginning to the season for the Illini, what with Cockburn missing the first three games due to suspension and then Andre Curbelo being sidelined by injury basically ever since the team’s fourth game (a 71-51 loss to Cincinnati). The Cockburn-Curbelo pairing, lauded in the preseason as perhaps the best duo in the country, has played just two games together so far. Cockburn is healthy, though — and boy howdy, so is his appetite. Kofi has been eating in nine games since returning from suspension, averaging a double-double and making well over 60 percent of his shots. He is right there with Oscar Tshiebwe and Fardaws Aimaq as one of the very best rebounders in America. Since the Cincy game, Illinois is 7-1 with its only loss coming to Arizona. Behind 25 and 14 from Cockburn, the Illini also just massacred Mizzou in their rivalry game last night. This team is surging right now.

If we’re going to give Justin Bean and USU praise, we should also note that the Aggies have given up a huge performance or two themselves. Take for example this explosion from Keegan Murray from last weekend. The Hawkeye star — whose breakout is sure to have him on NPOY shortlists in no time — has gone for more than 20 points eight times already, but his scorcher against Utah State is the only time he has gone over 30 so far. Don’t expect it to be the last, though, as Iowa gears up for conference play. There will always be a frustrating what-if in Iowa City, considering Murray missed the Purdue game, which Iowa lost by just seven points. Still, the Hawkeyes were expected to take a massive step back with the loss of Luka Garza, and the emergence of Murray has almost totally shut down that narrative. Instead, this team should be in the running for an at-large bid if they keep it up.

After slowly climbing up these ranks the past few weeks, Brown skyrocketed all the way to No. 2 in the country after his performance against Chattanooga. He has been supplanted by a couple of guys since then, but nevertheless, Tevin Brown deserves all the shine he can get. He is playing huge minutes, staying on the floor for well over 90 percent of the Racers’ possessions. In that time, he has maintained incredible efficiency and has shot over 45 percent from deep. He is a top-100 shooter in terms of effective field goal rate and true shooting percentage, and he really doesn’t do anything badly. That’s the key. Brown is basically pure positivity flowing into the Murray State dataset, and it’s a big part of why the Racers are 10-2 with wins over Penny Hardaway’s Memphis and a very good Chattanooga team. In the final year of the Belmont/Murray State dichotomy at the top of the Ohio Valley, it’s heartwarming to see both teams playing so well to start the year. I’ll save you some trouble: the Bruins and Racers meet on Jan. 15 and Feb. 24. Mark your calendars.

Kentucky is back! Well, that might be a little premature. Kentucky is not dead! Following a season-opening loss to Duke, a sleepy stroll through a cupcake nonconference schedule took the Cats off of a lot of radars nationwide. When UK finally did play someone, they lost to Notre Dame, and Kentucky immediately went from ‘budding Final Four contender’ to ‘top of the trash heap’ in the blink of an eye. In reality, the truth is likely somewhere in the middle — and it’s definitely closer to the first category. Wheeler is becoming a very steady hand at the point for Coach Cal, and he was a major catalyst in Kentucky’s statement win over North Carolina last weekend. Between Wheeler and Oscar Tshiebwe (the nation’s leading rebounder and the No. 6 overall player in the Gold Star Guide), Kentucky should have all the star power it needs to contend, even in a brutal SEC.

The Seahawks went into a COVID pause way before it was cool, and it’s truly a shame. Wagner was coming off a road win at VCU before being forced to go on a 17-day break. It’s unclear if that is more or less life-changing than a 10-day trip through Europe, but what is clear is that Wagner does not enjoy close games. The team has wins of 18, 14, 29, 58 and 42 points to go along with losses by 22 and 20. Just like those meaty margins, Alex Morales always finds his way to double digits. The senior, who tested the NBA Draft waters before returning to Wagner, has scored at least 11 points in all five of his games this year. Notably, he was kept out longer than some of his other teammates and did not play against Seton Hall. It’s also worth noting that KenPom currently projects Wagner to go undefeated in NEC play. Think that has something to do with Morales?

Let us top our psychotic Christmas tree with the ultimate Gold Star: some dude named Scott who plays for some school that most folks cannot place on a map. Seriously, no offense intended to Canisius or Scott Hitchon here; what I mean is that the goal of this whole system is to shine a light on guys who might otherwise go unnoticed. Hitchon was hard to miss on Wednesday night, going off for 28 and 11 in an overtime, comeback win against Florida Gulf Coast. Hitchon has had a strange journey at Canisius, starting every game in 2018-19 before being resigned to a bench role the past two seasons. After coming off the pine for the Golden Griffins in his first nine appearances, Hitchon has started the past two games. In the first, he had 10 points and seven boards as the Griffs knocked off Buffalo in a crosstown rivalry game. Four days later, Hitchon went off for 28 points, just one off his career-high, which he set in a December 2019 start against — who else? — Buffalo. Maybe it’s just me, but it seems like Reggie Witherspoon might want to stop the roller coaster ride and tattoo Hitchon’s name onto the lineup card.