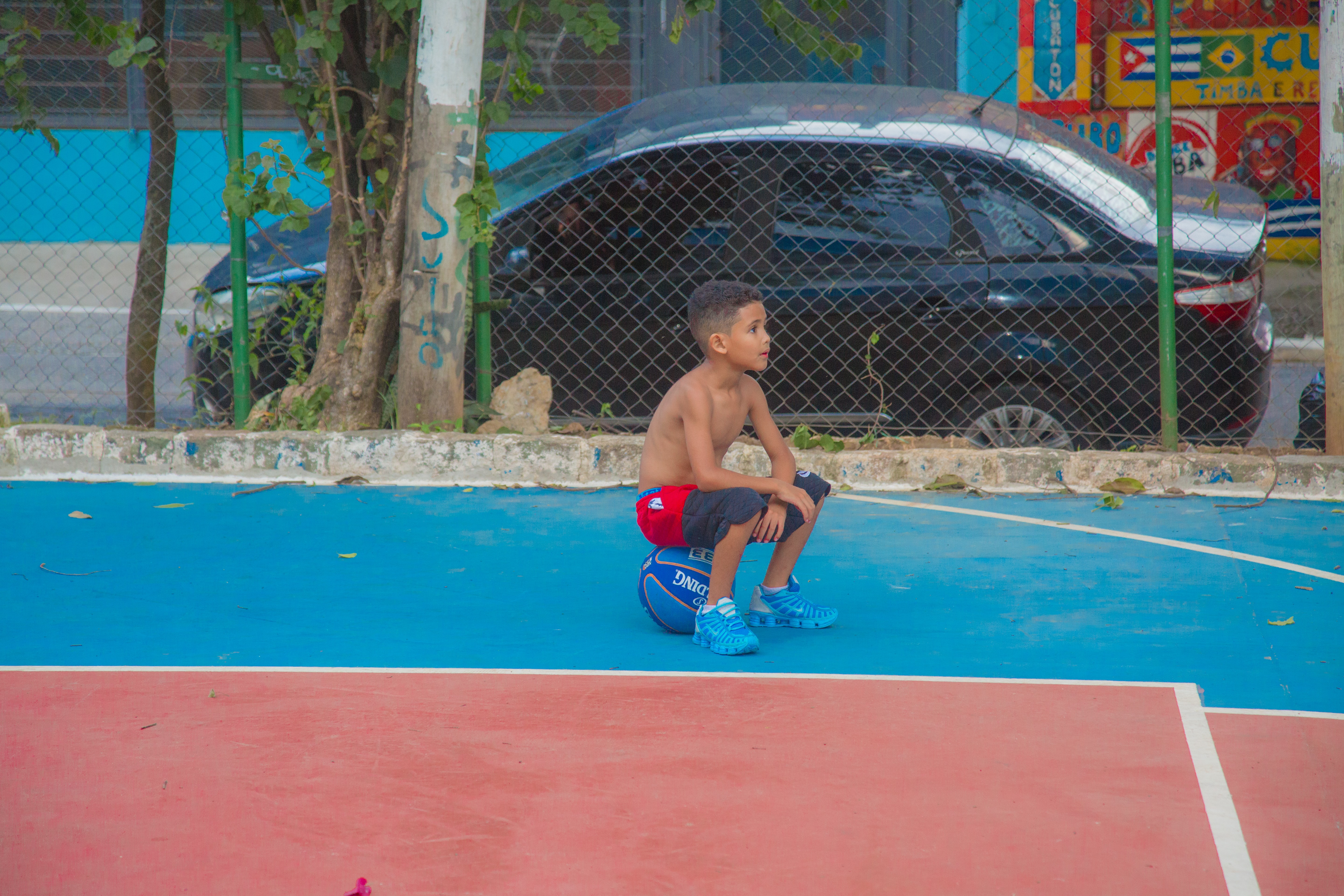 BRADENTON, FLA. — Mike and Laurie Harwell have known for some time that their son, Owen, was destined for stardom. What they did not know until recently is that there exists a contingent of people in this world who want to profit off their son. In a scathing press conference on Friday, the Harwells detailed the shady world of the burgeoning pre-school basketball circuit.

Owen, a point guard in the 2036 class who already holds verbal offers from multiple nearby schools, has been wowing Gymboree employees for months and was named No. 12 in the “40 Under 4” list that the Florida Sports Bureau published last September. That hype has led to numerous offers to join the pre-K amateur circuit, including Tampa-area powerhouse St. Pete’s Dragons.

While it may seem like a dream scenario for the family, Laurie Harwell says the situation has devolved into a nightmare.

“My son can’t even go to the park without agents and recruiters coming up to him and bothering him about this ‘circuit’ stuff. It’s incredibly frustrating, especially since Owen still isn’t really talking in full sentences.” Harwell said she just wants her son to have a normal childhood, but these programs are killing her son’s passion for the game.

“It’s like a puppy mill. They’re just taking in these beautiful little babies and churning out ball-hogs who can’t set a screen or defend in transition.”

That’s why, says Harwell, she and Mike have decided to enroll Owen in kindergarten at a local school, which they declined to name. The move now puts Owen in the Class of 2035, where he will be competing against some of the best five-year-olds in the state.

“We’re so excited to get him into a real school and get his legitimate amateur career started,” Mike Harwell told the gathering of reporters.  “I know my wife is going to say it’s because these circuit guys are heartless or whatever, but let me just put this on the record: my Owen would destroy those kids anyway. He has absolutely nothing to prove at that level, so why even risk an injury?”

Mike said he and his son have been conducting a rigorous training program at home during the pandemic, during which the elder Harwell was laid off from his position at the local movie theatre.

“I may not be an usher anymore,” Mike said as Owen drilled a six-footer, “but we might just have the next Jordan Usher on our hands here.”

For his part, Owen seems to agree with his parents. “Bass-ball good. Watch me.”

The Parking Lot is a satirical series on Heat Check CBB using fictional events, people and schools. The information above is entirely false and has been created purely for entertainment purposes.