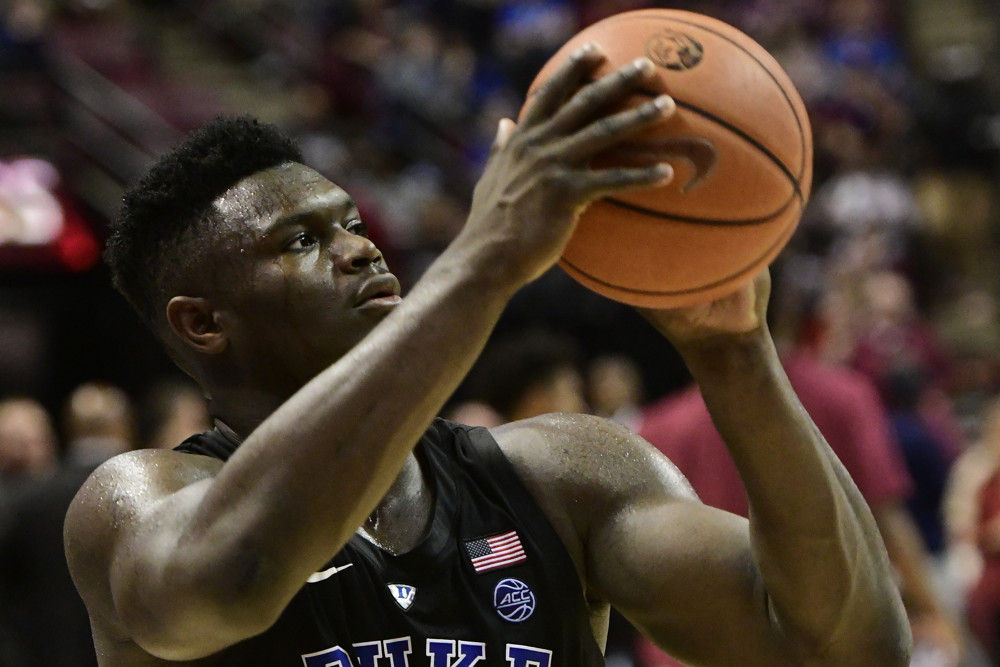 Which college basketball teams from the 2010s would be most popular in a video game?

The NCAA continues to inch closer to new opportunities for athletes to profit off their name, image and likeness.

As such, gamers continue to wonder if/when college sports video games will return.

In the meantime, we can speculate and wonder what a college basketball video game could look like in the 2020s.

Here’s a look at ten teams from the 2010s that would be the most fun to control in a college basketball video game.

A heartbreaking Elite Eight loss to Virginia doesn’t wash away the allure of the 2019 Purdue Boilermakers. Besides Duke (more on them later), it’s safe to say this team was the most watchable squad of the ’18-19 college basketball season.

Carsen Edwards hit jaw-dropping shot after jaw-dropping shot in the NCAA Tournament and wound up draining a combined 28 3-pointers in just four tournament games, which was good for the all-time record. Elsewhere, fellow 3-point sniper Ryan Cline dazzled with a 7-of-10 mark from deep in the overtime win against Tennessee. Matt Haarms played the rim-protecting role down low with his 7-3, 250-pound frame and long arms.

I don’t think Wichita State fans will ever forgive the 2014 selection committee for placing the undefeated Shockers in an eventual second-round matchup against a Kentucky squad with eventual lottery picks.

The backcourt combo of Fred VanVleet and Ron Baker was perfect for the ultimate college basketball experience. Baker sported the floppy blonde hair and was capable of knocking down all sorts of shots while VanVleet was the floor leader who packed all sorts of energy into his small frame. Baker and VanVleet were the two most memorable faces, but it was Cleanthony Early who was the consensus All-American and likely the best player on the team.

Much like basketball fans yelling “Kobe!” before tossing a wad of paper in the trash, Jimmer Fredette had a similar impact on the college basketball world during his BYU career. The 2011 national player of the year developed into one of the sport’s all-time superstars, averaging 28.9 points per game and leading the Cougars to the Sweet 16.

As great a scorer Fredette was, his teammates weren’t riding his coattails by any means. Fellow guard Jackson Emery drained 92 triples at a 36.1 percent clip during the ’10-11 season, Brandon Davies was a force in the frontcourt before his untimely suspension, and Noah Hartsock was a capable defender down low. Overall, though, everything started and ended with Jimmer.

Kemba Walker’s 2011 UConn Huskies went from a bubble team in early March to one of the most memorable national champions in a span of 11 games. Connecticut stumbled to end the regular season, finishing 9-9 in Big East play while winning just four of its last 11 games.

Then, Kemba took over. Highlighted by a where-were-you-when-you-saw-it ankle-breaking move and buzzer-beating shot to upset No. 1 seed Pitt in the quarterfinals, the Huskies took out four ranked teams on four consecutive nights to grab the Big East auto bid.

During the 11-game run of UConn’s Big East title and national championship, Walker averaged 24.6 points, 6.2 rebounds, five assists and 2.1 steals per outing and shot 87.4 percent at the line. Walker had two capable freshmen wingmen in Shabazz Napier and Jeremy Lamb while Roscoe Smith and Alex Oriakhi anchored the defense.

It also seemed as if every rotational player had their own breakout moment. Point guard Jalen Brunson was a two-time national champion as a starter, Donte DiVincenzo blew up for 31 points in the ’18 title game, Mikal Bridges was an elite 3&D wing, and Eric Paschall and Omari Spellman developed into NBA talents. This was one of the most dominant college basketball teams in recent history.

It should be no secret at this point: The most exciting college basketball teams usually have a superstar, highlight-making player and a supporting cast full of perimeter shooters. That’s exactly the case with the ’19-20 Dayton Flyers.

Coming out of seemingly nowhere to contend for a No. 1 seed after a 29-2 regular season, the Flyers became the darling of the college basketball globe. After pundits wondered how Zion Williamson’s vacancy would hurt the sport’s casual interest, Obi Toppin came in and set the court on fire by winning player of the year with jaw-dropping dunk after jaw-dropping dunk.

His supporting cast was a lot of fun as well. Including Toppin, four Flyers made at least 30 3-pointers at a clip of 36 percent or better, which set the table for tremendous inside-out play. Guard Jalen Crutcher, most notably, averaged 15.1 points and 4.9 assists per game and was one of the nation’s top perimeter threats.

If you like flashy and efficient offense, go watch some 2017 UCLA Bruin highlights.

Lead guard Lonzo Ball packed several memorable moments into his one-year college career, including a game-sealing 3-pointer to down No. 5 Oregon. Ball thrived in the wide-open UCLA offense, distributing 7.6 assists per game to a talented core of scorers.

As a team, the Bruins were second nationally in offensive efficiency, first in effective field goal percentage, 10th in turnover rate, and third in both 2-point percentage and 3-point percentage.

Long live “Dunk City.” Brett Comer’s alley-oop in transition to Chase Fieler to seal a 2-vs.-15 upset over Georgetown is one of the defining March Madness moments of this century. What’s special about this group is that it wasn’t a one-hit wonder. FGCU followed up its Georgetown upset by handling San Diego State with ease and then led No. 2 seed Florida by double digits in the Sweet 16 before running out of steam.

As far as the roster makeup, FGCU checks several boxes. Comer finished second nationally in assist rate in 2014, Fieler could jump out of the gym and also step outside for a 3-pointer and Sherwood Brown had an excellent offensive repertoire from the wing position.

This is as NBA as a college basketball roster gets. The ’14-15 Kentucky Wildcats rolled out a massive lineup that some believed could have competed 5-on-5 with the NBA’s worst teams that season. The height measurements of the starting lineup were the following: 6-6, 6-6, 6-10, 6-11 and 7-0.

Even though Wisconsin caught Kentucky in the Final Four to end the Wildcats’ run at a perfect season, this group is still widely regarded as one of the best college basketball teams ever.

The Harrison brothers weren’t flashy but always delivered in clutch spots, and the front end of the rotation had an embarrassment of riches in three lottery picks in Trey Lyles, Karl-Anthony Towns and Willie Cauley-Stein. These three simply had zero business playing at the college level because they were already built for the NBA.

The one fact that stands out about this team’s depth? Devin Booker didn’t start a single game during the ’14-15 season and was a lottery pick at No. 13 overall in the draft. Booker is now considered one of the NBA’s best shooting guards and is averaging 22.3 points per game in his pro career.

There’s a reason why the ’18-19 Duke Blue Devils averaged higher TV viewership than most national NBA broadcasts. You can say it was only because of Zion Williamson (he obviously had a massive impact), but this was an exciting team all around.

RJ Barrett, which some already forget, was the nation’s top-ranked freshman recruit when he stepped on Duke’s campus and was an All-American-level sidekick to Williamson, nearly averaging a 23/8/5 slash line.

As for the defensive side, there were plenty of formidable shot blockers on this squad. Four Blue Devils in total averaged at least a block per game, including Marques Bolden and Javin DeLaurier, both of whom ranked in the top 75 nationally in block rate.