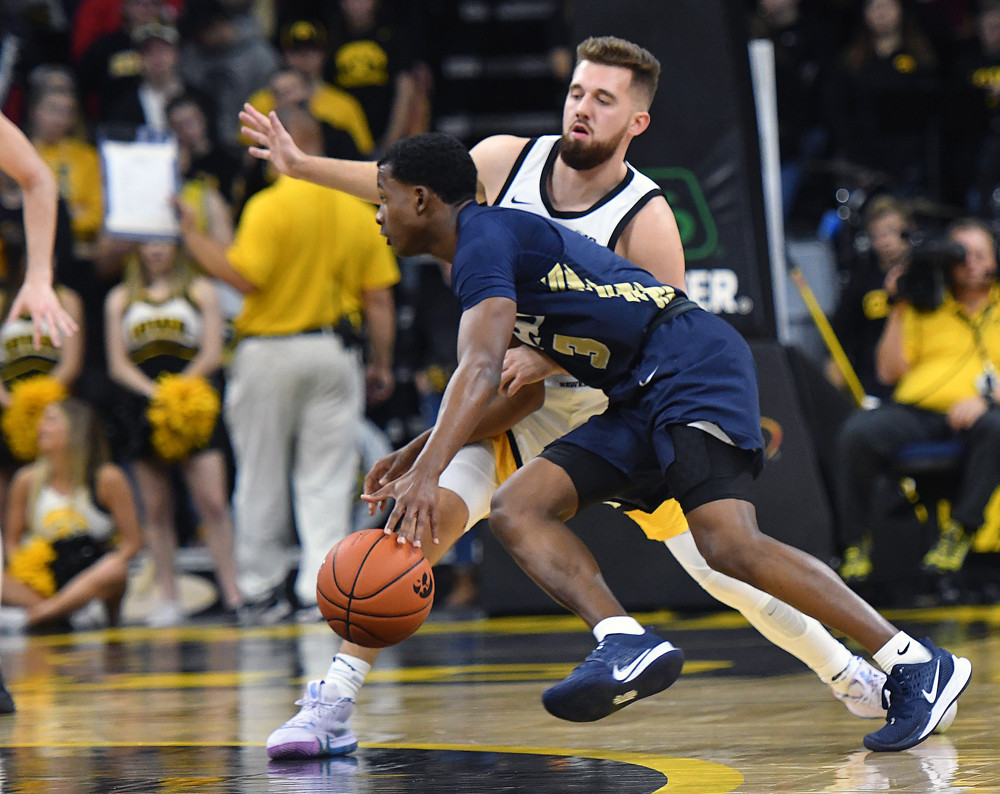 Oral Roberts guard Max Abmas became a household name Friday in the first round of the 2021 NCAA Tournament, lighting up social media with an impressive performance by stunning No. 2 seed Ohio State in a 75-72 upset win.

Find out everything you need to know about the Oral Roberts guard.

How to pronounce his name

Don’t be that fan — know how to say the star’s name! Abmas last name is pronounced “ACE-miss.”

The reason why? Well, it’s hard to say. Oral Roberts’ official website and media guide don’t mention the unusual pronunciation and several members of the March Madness broadcast crew appeared to learn the information while the game unfolded.

This isn’t his first breakout performance

Abmas’ stats are otherworldly. The 2020-21 Summit League player of the year led the entire nation in scoring this season at 24.4 points per game to go along with 3.7 assists, 3.2 rebounds and 1.5 steals.

Despite the heavy usage, Abmas is highly efficient as well. The 6-1 guard converted 43.8 percent of his 3-pointers during the season on a whopping 8.3 perimeter attempts a night. His 91 made 3-pointers ranked 5th nationally and Abmas also hit 89.9 percent of his free-throw attempts.

Abmas enjoyed monster performances throughout the regular season. He dropped 33 points — four more than projected 2021 No. 1 draft pick Cade Cunningham — in December against Oklahoma State and also went over 40 points twice in February with 42 against South Dakota State and 41 vs. Western Illinois.

He is an unranked recruit

Abmas didn’t come to Oral Roberts as a highly touted prospect. In fact, Abmas was an unranked recruit out of the 2019 class with just four offers. His recruiting profile, via Rivals.com, can be seen below.

He has a fitting nickname

When you’re a shooter like Abmas, people start calling you nicknames.

For Abmas, nothing seems more fitting than “Midcourt Max” for his ability to knockdown 3-pointers from the halfcourt logo.

The nickname quickly made its way to the national scene Friday as Abmas knocked down an early 3-pointer from the March Madness logo.

Abmas is more than just a hooper. At Oral Roberts University — located in Tulsa, Oklahoma — Abmas is majoring in biomedical chemistry. While at Jesuit Dallas High School, Abmas made honor roll in every semester and was also a member of the National Honor Society.

The future looks remarkably bright for the Oral Roberts star.