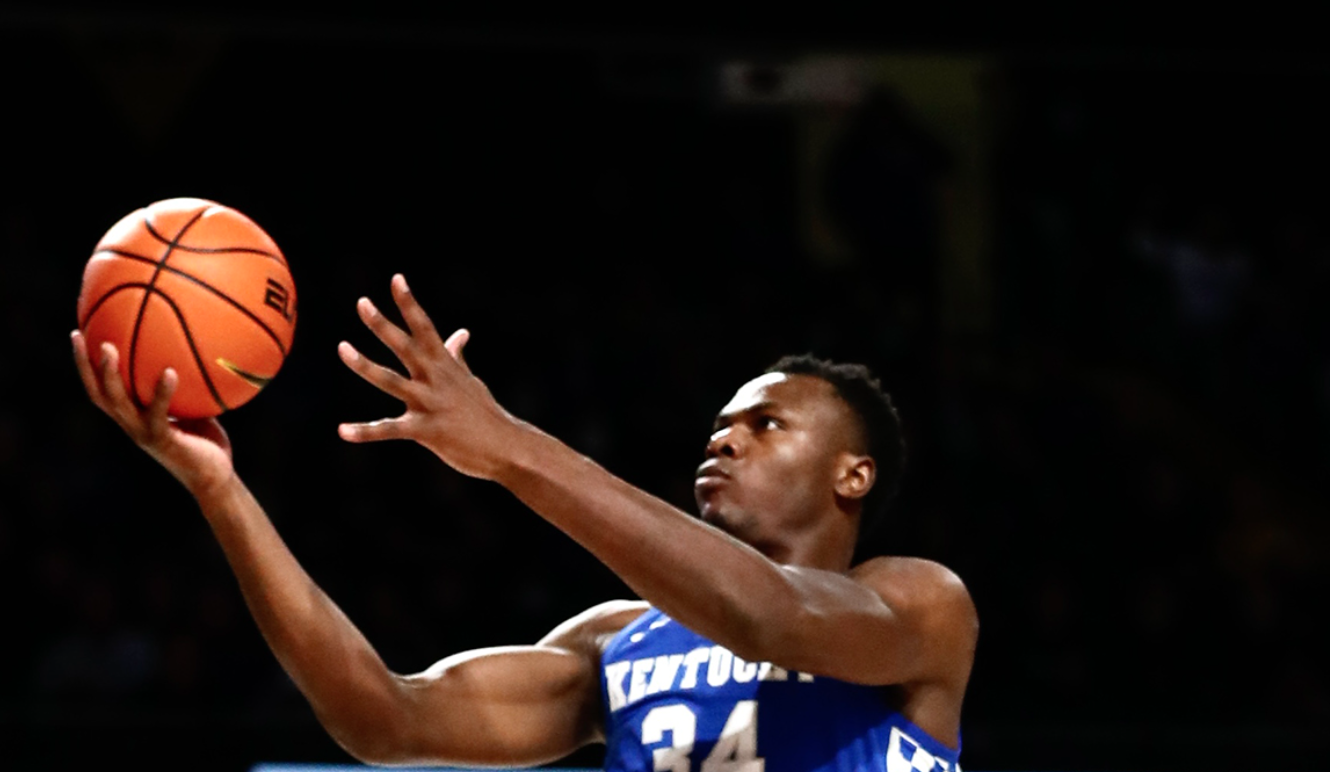 All-Arthur Team: Oscar Tshiebwe, Walker Kessler among the best in college basketball at their roles

Hello again from The DPI Gradebook! We’re back to check in on our All-Arthur award races — and to introduce two new categories.

If you’re new to the concept, the quick pitch is this: we are creating six-man shortlists based on research from Bart Torvik’s website, and we use arbitrary thresholds — or Arthurs — to determine which players are performing their roles to perfection.

For more information and to see our first batch of shortlists, click here for our Midseason All-Arthur release. For those intrepid souls ready to move forward, let’s not stand on ceremony.

Below are the 12 Arthur categories, including two new ones, along with component statistics for each. The roles are broken out into three categories below as a way to help conceptualize how these roles might coexist with one another.

With the nuts and bolts out of the way, let’s check out how the team looks as we wrap up the final weekend in January.

As we prepare to break ground on the last full month of college basketball, let’s take a closer look at the players leading in the race to make the year-end All-Arthur Team.

This category is one where we made some of the biggest adjustments to the arbitrary thresholds. As the name suggests, we want to highlight players who are shining in the spotlight most often. To that end, we upped the usage requirement to 30 percent and slightly lowered the bar on offensive rating and effective field goal rate. Those changes thrust Liddell into the top spot, and it also ushers in four stars from outside the high-major realm. This race is also the closest by far, so expect some more turbulence before all is said and done.

Talk about a star-studded list. Ivey and Mathurin are neck-and-neck in the running to be our human highlight tape, and there are a few players (namely Ochai Agbaji and Orlando Robinson) who were only a dunk or two away from qualifying for this totals-based award. There is nobody playing right now that provides as potent a blend of high-efficiency, high-octane offense as Ivey. Keegan Murray is alone in the 30/30 Club, but his 3-point accuracy is a relative lowlight.

The first of our two new awards, The Surgeon award celebrates players who display precision and skill from anywhere on the court. Roddy has a healthy lead in this department, using his bruising frame to get buckets on the interior and his ever-improving jumper to excel in the mid-range and 3-point game. E.J. Liddell and Wendell Moore aren’t huge surprises to be in this race, but mid-major shooters like Mayo, Sisoho Jawara and Shungu have been slicing and dicing under the radar.

For our primary point guard award, we raised the assists threshold and lowered the benchmark for turnover rate. The result is that the top two players from last month’s list return near the top of this one. Brown has increased his assist rate over the past few weeks, whereas Isaiah Stevens dropped off a bit in January. Still, those two — in addition to Richmond’s Jacob Gilyard — are on a different level from the others on here. Too many turnovers for Cole and Molinar; too few assists for Adams-Woods.

For those of you distraught that Gilyard fell short of the Floor General honors, fret not. The Cutpurse category was essentially tailor-made for the Richmond swindler. His low foul rate and high minutes-played numbers remain the big difference-maker in the scoring here. Quan Jackson reprises his role as No. 2 behind Gilyard, but a hot new upstart (Ace Baldwin) is back from injury and rocketing up the shortlist. Still, nobody does it better — and more carefully — than the NCAA’s career steals leader.

Kessler remains the favorite to take home the Brick Wall accolade, but a pair of new contenders have emerged. Big East bigs Ike Obiagu and Kur Kuath are swatting their way into conversation, while Bingham, Williams and Holmgren all made the list last time around. Kessler could help his cause by cutting back on the fouls, but then again, he is the only one on this list who deals with SEC officiating night in and night out. Still, the Auburn star shows no signs of giving up his gig as human eraser.

The criteria for this award were made slightly more difficult, but that wasn’t going to deter the country’s most famous rebounder. This list is mostly the same as it was last month, though Biggie Lofton has replaced Kevin Marfo and Norchad Omier has moved into second place. Purdue’s terrifying tandem of Trevion Williams and Zach Edey would likely win this award if they were a single entity, but alas, they are not. Let’s not overthink it: Oscar Tshiebwe is the best rebounder in the country, bar none.

Another repeat winner, Howard sniper Kyle Foster is the only player on here who would have qualified for the award even if we kept the 3-point percentage threshold at 50 percent. We lowered the bar to 45 percent, though, and raised the requirement on 3-point attempts per possession. That change introduces us to the JSU duo of King and Gibbs, as well as a current Big South star (Good) and a former one who has found a new home (Cryer). This will be a fun race to keep tabs on going forward.

Here’s the second of our two new categories, designed to highlight players who have earned the most frequent flyer miles for their trips to the line. Just as importantly, these players are all aces from the stripe once they get there. This race appears to be shaping up as a three-man affair, with Isaac Mushila just barely edging out Aljami Durham for the inaugural honors. Mikey Dixon is the lights-out shooter here, but Mushila and Durham are on another level in terms of drawing contact on the shot.

This race wasn’t all that close last month, and it remains a one-man show to this day. Simply put, Robinson is arguably the most versatile player in the country. Since our last check-in, the Fresno State fire-starter has increased his rebounding numbers and his assist-rate-to-turnover-rate mark. David Roddy and Tre Mitchell are the only other players from our last update to make the list again, but both are a long way off. Oduro, Banchero and Richard all debut on here, but they are well behind Robinson.

Our last unicorn, Pete Nance, is still in the running, but he has fallen behind to some degree now that he’s getting fewer blocks in Big Ten play. The same goes for Liddell’s blocks, although the OSU star has made up for that by dialing in from deep. Holmgren is streaking up the list since the open of the WCC season, but this month we subscribe to the mythology of Jake Stephens. The VMI star is automatic from deep, and he excels at distributing the ball to his fellow Keydet shooters.

Can a player who was a top-25 recruit really be a secret? That’s debatable, but one thing that can’t be argued: Hunter Sallis is making the most of his limited minutes. In this edition of the Secret Weapon shortlist, we tightened the limits on the minutes played and games started and lowered the thresholds for offensive rating and true shooting percentage. As a result, Providence forward Ed Croswell is hot on Sallis’ tail here, with Cam Krystkowiak, Oumar Ballo and Darius Maddox not far behind.

We’ll check back in on these again later in the season as we get closer to March Madness, with our official winners to be determined on Selection Sunday.