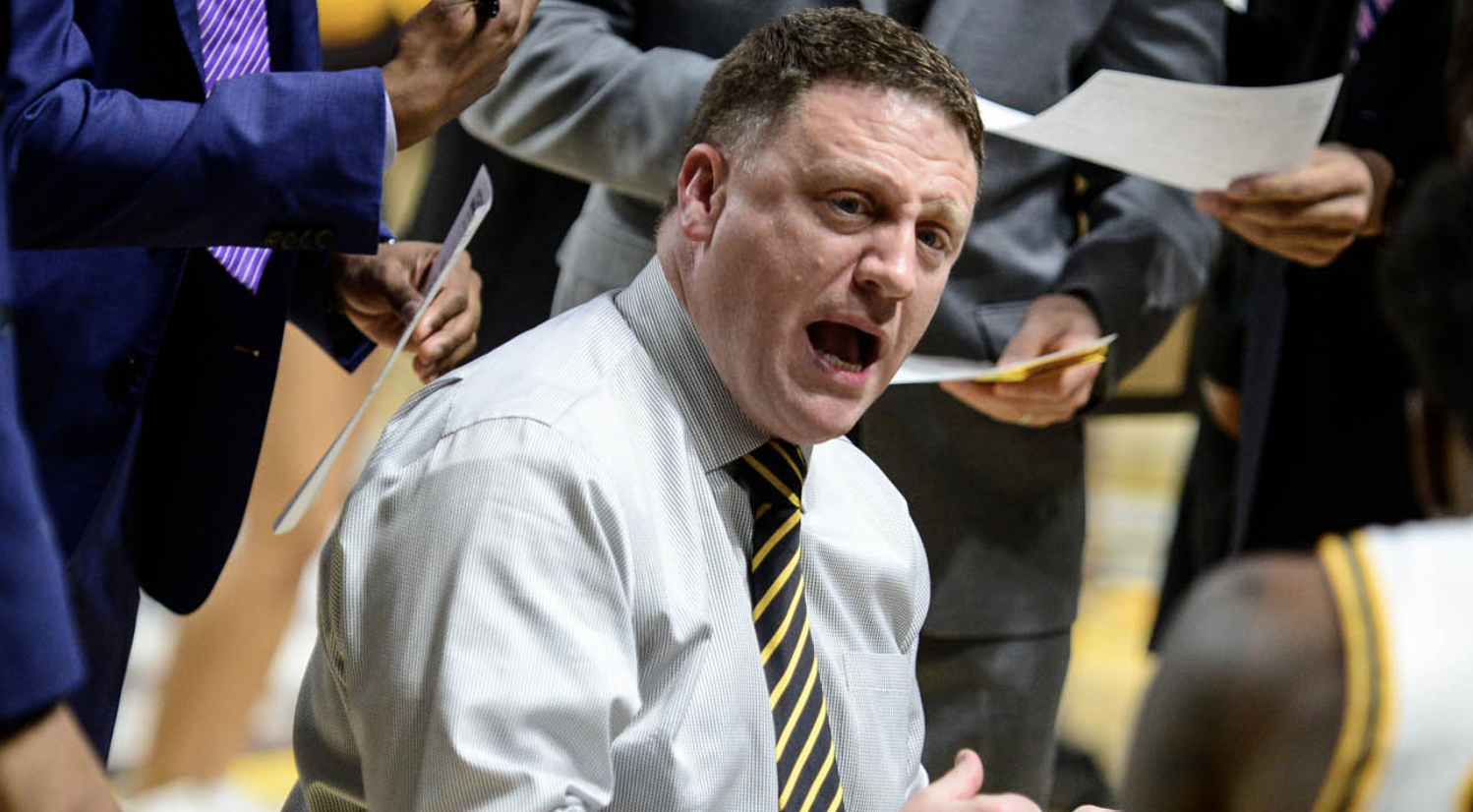 The NCAA Tournament is approaching and bracketology season is in full swing. Our “making the case” series launches with a discussion on the VCU Rams.

The Bracket Preview is now in the rear-view mirror and it is officially bracketology crunch time. The NCAA Tournament Selection Show is only a few weeks away and lots of teams are still anxious sitting in the thick of the bubble conversation. Some of these have been steady on the bubble all year while others are either trending down towards the cutline or snagging signature wins to prove they belong in the field.

Whatever the reason, the bubble is full of Big Dance hopefuls right now, hence the arrival of this “making the case” series. This series will go into more detail than my Bubble Watch breakdown with specific reasons for why a particular team might belong in the current field. The first edition will take a deeper look into the VCU Rams, who are currently slotted on the outside-looking-in for most bracketologists as the second- or third-best team in the Atlantic 10.

The Rams are an interesting case due to how they are graded by different types of metrics as well as the possibility for the selection committee to give them some leeway due to player availability. Without any further ado, though, let’s dive right into this group to determine where they stand amongst the rest of the bubble and their at-large potential moving forward.

Rams are riding the resume metrics

With the selection committee attempting to focus less on the eye test this season, metrics are more important than they have ever been. This could be a positive or a negative for VCU, though, depending on how the committee views the debate between resume metrics versus quality metrics. Past precedent indicates that the committee tends to favor resume metrics more for selection while quality metrics make their mark in seeding.

A continuation of that trend would be good news for the Rams, who rank 32nd in SOR and 42nd in KPI – the two resume metrics on team sheets. Their average mark of 37.0 in resume metrics ranks 36th nationally and ahead of many of their bubble compadres. In fact, 15 at-large teams currently in the Bracket Matrix field are rated lower in KPI/SOR than the Rams. If the committee does in fact weigh resume metrics more heavily for selection, then VCU might be in better shape than some bracketology fields indicate.

On the flip side, though, VCU’s quality metrics rank much lower than most of the bubble. The Rams rate at 62nd in Sagarin, 66th in BPI, and 70th in KenPom. Their average of 66.0 in quality metrics would be among the lowest to make the field if that were to happen. Only Miami FL and Wyoming are currently projected as at-large teams with lower quality metric averages.

What is the specific precedent?

There are 25 teams over the past two Big Dances that have finished in the top 50 in either quality metrics or resume metrics but outside of the top 50 in the opposite. Eight of the 13 that were more resume-focused reached the NCAA Tournament. Only two of the 12 quality-focused teams were selected. Continued following of that precedent would be good news for VCU.

Perhaps VCU’s best team sheet comparison right now would be to 2019 Temple. The Owls similarly held a .500 record in Q1+2 games with one Quad-3 loss. They were plus-28 in resume metrics vs. quality metrics while the Rams are currently plus-29 in that department. Their team sheets really are exceptionally close, though Temple lost more of its games in Quad-1:

Cross-year comparisons are not 1-to-1, but Temple did make the NCAA Tournament in 2019 as a First Four team.

Diving deeper into the team sheet

Metric rankings are the not only key figures on the NCAA Tournament selection committee’s team sheets, though. Quadrant records are also important to note, as are how those records could shift over the remainder of the season. Victories that might qualify in a certain quadrant now are always subject to change based on the performances of other teams throughout the year.

Which results could move down the stretch?

VCU is in very little danger of any of its Quad-1 games dropping to another quadrant. Both the Davidson and Dayton wins were on the road, so those teams would have to drop a significant amount for those wins to fall out of favor, which is extremely unlikely to happen. It also appears as though the Rams’ upcoming road bout with Saint Louis will be a Quad-1 opportunity and that could be massive. Another road win over one of the top teams in the Atlantic 10 to move to above-.500 in Q1+2 games for the year would look very enticing on the team sheet.

A bit more shifting between quadrants is possible when looking at VCU’s Quad-2 results. The Rams’ home loss to Chattanooga, for instance, is on the verge of slipping into Quad-3. The Mocs have lost back-to-back games and are trending in the wrong direction with regard to potentially helping VCU out. On the bright side, Vanderbilt is closing in on the top 75, meaning that the Rams might be able to add a Quad-1 win after the fact. The Rams are big Commodores’ fans coming down the stretch. Richmond could similarly make a move to benefit VCU – and thus the Atlantic 10 as a whole.

There is not much to discuss in the bottom two quadrants. None of VCU’s wins are likely to move into Quad-2, nor is the loss to Wagner going to all to Quad-4. However, the Rams must take care of business in their three remaining Quad-3 games. Thankfully, two of them are at home but games against St. Bonaventure and George Mason are not a walk in the park. VCU has to stay vigilant and take care of business there.

If it comes down to VCU as one of the last teams in consideration for selection, it might be time for the selection committee to dive a bit deeper into the availability of one of the team’s best players. Sophomore guard Ace Baldwin — who was an Atlantic 10 All-Freshman selection last year — missed the Rams’ first eight games of the year due to an injury. VCU went just 4-4 in his absence while suffering its lone Quad-3 loss (vs. Wagner) during that stretch.

According to Bart Torvik, VCU played like the 88th-best team in the country over those first eight games. The Rams have performed as the No. 45 overall team over the 17 games with Baldwin in the lineup. They are 14-3 in such games, and there is no denying that they are a significantly better team with him on the floor.

The quadrant record differential is clear. They were just 2-4 in Q1+2+3 games without Baldwin and are 10-3 in such contests since his return:

Baldwin has started all 17 games he’s played, averaging 10.7 points, 5.6 assists, and 2.9 steals per contest. VCU is a defensively oriented group, and Baldwin plays into that with the third-best individual steal rate in the country. As the team’s second-leading scorer and top playmaker — as well as the leading 3-point shooter by percentage (46.8 percent) — his offensive impact is undeniable as well.

The fact is that the Rams are a way better team with Baldwin on the floor as one of the better point guards in the nation. Whether or not the selection committee takes that into account is impossible to predict. If they do, though, then that will give a boost to VCU’s resume relative to how it might look strictly on paper.

A lot can change over the final few weeks of the year and the Rams sit right along the projected cutline right now. VCU is only featured in 13 of 119 fields on the current Bracket Matrix but did land the last at-large spot in our most recent update. However, that is far from safe positioning.

VCU still has four scheduled regular-season games left, including a road matchup against Saint Louis, before the Atlantic 10 Tournament. A victory over the Billikens would fall under Quad-1 and could be just what the doctor ordered for the Rams. However, that is easier said than done and a loss would not completely remove their at-large potential.

VCU can probably lose a maximum of two more games (conference tournament included) if it wants to remain in the bubble conversation. The “safest” path to an at-large bid would be winning out until the A10 Tournament final.

The Rams have work to do, especially with their quality metrics, but they have the record and resume metrics to be under at-large consideration. The Ace Baldwin factor could be worth noting as Selection Sunday draws near.