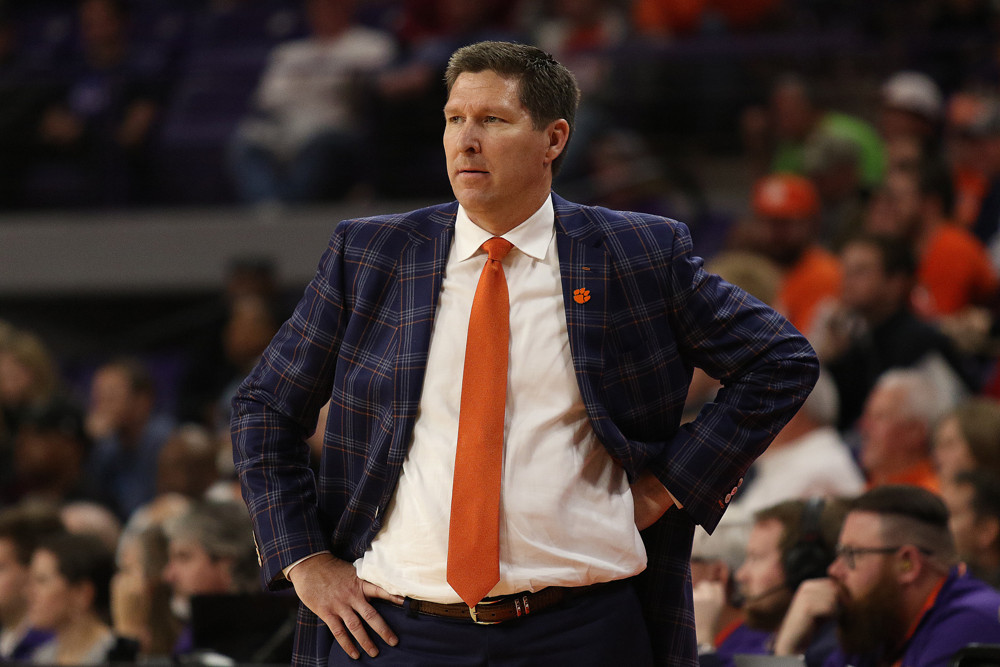 When Virginia hired Tony Bennett back in the late 2000s, the Cavaliers just aimed to return to the national scene. Former head coaches Terry Holland and Jeff Jones led UVa to several March runs, including Holland’s 1981 and 1984 Final Fours.

But when an 11-year stretch from 1999 to 2009 amounted to just two tournament appearances, the program went searching for a new identity. It landed on Bennett, formerly of Washington State, and Cavaliers basketball has been revolutionized ever since.

In a league that features blue bloods in Duke and North Carolina and consistent threats from Louisville, Florida State and Syracuse, among others, the Cavaliers are now a premier team in one of college basketball’s elite leagues. Virginia has 107 ACC wins since 2014 — 12 more than Duke and 20 more than North Carolina — and is still the sport’s most recent national champion.

The highest-ranked ACC squad in Monday’s AP poll wasn’t Virginia, Duke or North Carolina, though. It wasn’t Louisville, Florida State or Syracuse either.

Clemson, ranked No. 12 in the nation, is now in the league’s driver’s seat. Behind the nation’s top-ranked defense, the Tigers boast a 9-1 record, the program’s best start since the 2018 Sweet 16 squad.

A projected No. 4 seed in the latest BracketMatrix update, Clemson is on the trajectory of reaching at least the Sweet 16, a feat that has never happened multiple times in a four-year span in school history.

The Tigers’ rise shares many similarities to Virginia’s evolution in the 2010s. Brad Brownell’s group prides itself on relentless defense, balanced scoring and a hard-nosed mentality that’s an ACC necessity.

“Virginia, with their model, is something that we looked at as a staff and admired it,” Clemson assistant Antonio Reynolds Dean said on Tuesday’s Heat Check on All-Access Network podcast.

With defense becoming the team’s calling card this season, Reynolds Dean has embraced his role as the team’s “defensive coordinator.”

“The way (Brownell) has it designed this year has me taking on the defense, which is a new challenge for me and something I’ve never done before,” Reynolds Dean said. “You watch the game from a different point of view. You start to see things before they happen and start developing these ideas.”

Clearly, Brownell’s shift in coaching assignments has paid massive dividends already this season. The Tigers are allowing just 0.87 points per possession and 57.6 points per game while sitting eighth nationally in opponent turnover rate at 26.4 percent.

Scorers are often held in check by Clemson’s pressure as well. The Tigers coaching staff focuses on preventing opposing stars from heating up, which thrusts opposing role players into uncomfortable, high-leverage situations.

What doesn’t show up in the box score is certainly visible on the court. Clemson is not afraid to apply constant pressure, whether it’s pressing in the backcourt, denying entry passes or closing out on opposing shooters and contesting attempts.

Team roles and playing time are largely determined by defensive effort, which Reynolds Dean is quick to mention. The Tigers maximize their 10-man rotation by bringing in fresh bodies who are ready to compete. No player is averaging more than 13 points or 28 minutes per game but 10 different players have already started multiple times. Few teams around the country, if any, can dig this deep into their rotation without missing a beat.

“When you watch our team on TV, we want you to go away saying, ‘They’re scrappy, they play hard and they’re going to guard you. That’s our defensive mindset and mantra,'” Reynolds Dean said.

Saturday’s home matchup against Virginia offers Clemson an opportunity to further legitimize its status among the nation’s elite. The Tigers are winless in their last 10 contests against Bennett’s Cavaliers, but this will be the first time in the Brownell/Bennett era that Clemson will enter the matchup as the higher-ranked team.

A victory Saturday would certainly push Clemson into the AP Top 10 and add another quality win to the Tigers’ resume, but it would also beg the larger question: Are we on the cusp of another Virginia-like emergence in the ACC?