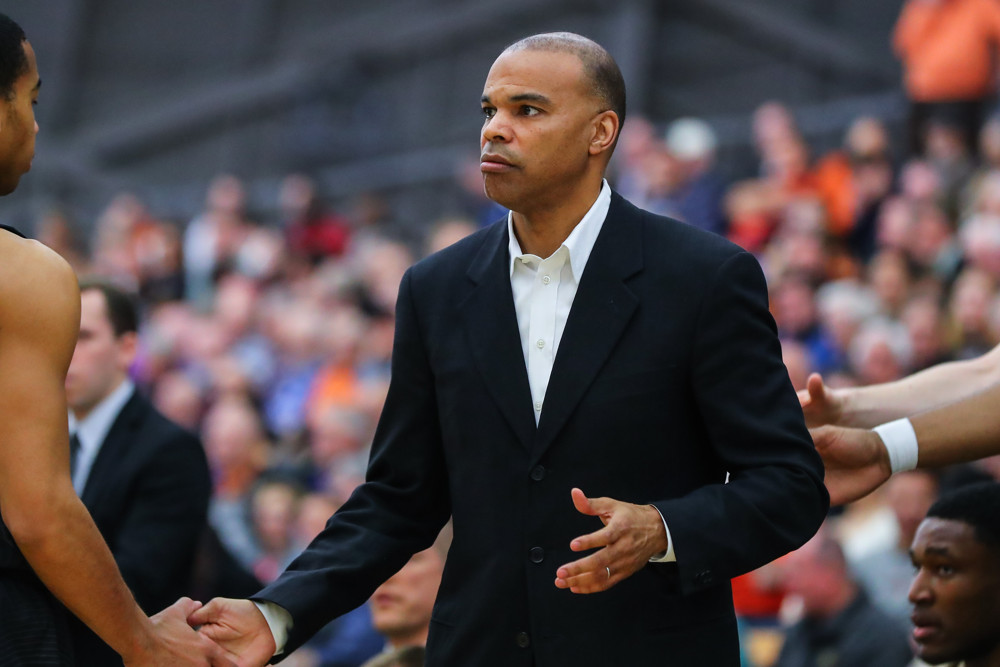 The all-time Division-I men’s wins leader will hang it up in 2022, shortly after he turns 75 and completes his 41st season at Duke, where he has guided the Blue Devils to five national championships.

Multiple reports surfaced shortly after that current Duke assistant Jon Scheyer is expected to be named the coach-in-waiting and will likely succeed Krzyzewski when he retires. Scheyer would join the long list of former Krzyzewski assistants who later became D-I head coaches.

Overall, the tenures of these Krzyzewski-assistants-turned-head-coaches have been a mixed bag. The 12 coaches who took head jobs after assisting Coach K are a combined 2,367-2,028 (.539) overall. In their combined 147 seasons as head coaches, 32 have translated into NCAA Tournament appearances with an average of 0.88 wins per tournament. No former Krzyzewski assistant has reached the Final Four.

But although Krzyzewski’s former assistants have had their challenges, none of them have had the luxury of beginning their head-coaching careers at a program as prestigious as Duke. While Scheyer will have all of the resources to continue Duke’s dominance, questions will linger about whether a Krzyzewski disciple can become an elite head coach.

Below is the list of former Krzyzewski assistants who became first-time head coaches after their stints under Coach K.

Mike Brey has the strongest track record of any former Krzyzewski assistant. After eight years with Duke, Brey accept his first job as head coach with Delaware, taking the Blue Hens to the NCAA Tournament in 1998 and 1999. He used Delaware as a springboard to land the Notre Dame job in 2000. In the two decades since, Brey has coached four All-Americans, punched 12 March Madness bids, and is the winningest coach in school history.

Tommy Amaker has made three separate head-coaching stops since his time on the Duke staff. He took Seton Hall dancing in 2000, went to Michigan in 2001 and failed to punch a tournament bid in six seasons and has been at Harvard since 2008. A run of four consecutive NCAA Tournament trips from 2012 to 2015 is the highlight of Amaker’s career to date.

Mike Dement spent a season under Krzyzewski at Duke in Coach K’s third year at the school. From there, Dement took assistant jobs at Cornell and East Carolina before becoming the Cornell head coach in 1986. Sandwiched between two separate stints at UNCG was a 10-year run at SMU. Dement reached the tournament with Cornell in 1988 and was named the Ivy League’s coach of the year but failed to return to March Madness in his final 23 years of coaching.

Johnny Dawkins was elevated to associate head coach after one year as a Duke assistant. Following 10 years in the position, Stanford hired Dawkins in 2008 as head coach. He made the NCAA Tournament once in eight years and then transitioned to UCF in 2016. In Dawkins’ third season at the helm, UCF nearly upset top-seeded Duke in the 2019 NCAA Tournament second round against Zion Williamson and RJ Barrett. Aubrey Dawkins, Johnny Dawkins’ son, was the team’s second-leading scorer that season.

After his time as a Coach K assistant, Bob Bender had two D-I head-coaching stints spanning a combined 14 seasons. Bender led Illinois State to the Big Dance in his first season in 1990 and three years later was at the helm of Washington. Bender took the Huskies to two NCAA Tournaments but was let go in 2002. He has since spent time as an assistant with four different NBA teams.

Steve Wojciechowski transitioned directly from a Duke associate head coach to a high-major head coach when he took the Marquette job in 2014. His staff reeled in eventual All-American Markus Howard but reached two tournaments in seven years and failed to win a game in either trip. Wojciechowski was fired in March.

Quin Snyder has done most of his damage at the pro level where he is currently the head coach of the Utah Jazz, a position he has held since 2014. After assisting Krzyzewski, Snyder took his first head job with Missouri in 1999. He reached the NCAA Tournament in each of his first four seasons but resigned in 2006 after three consecutive tournament misses. Snyder then became the head coach of Austin’s NBA D-League team before moving into NBA assistant roles. The Jazz recorded the best win-loss record in the NBA this season at 52-20 under Snyder’s leadership.

Tim O’Toole second season of coaching came with Krzyzewski at Army in 1989. O’Toole spent a year on the staff before going to Iona, Syracuse and then joining up with Krzyzewski again in 1995 as a Duke assistant. The Fairfield grad was tabbed the head coach of his alma mater in 1998 and was the MAAC coach of the year in 2004, winning 19 games with the Stags. After two Pac-12 assistant jobs, O’Toole is back in the Northeast as the Pitt associate head coach under Jeff Capel, a Duke alum.

At one point identified as a possible successor to Krzyzewski at Duke, Chris Collins recently completed his eighth season at Northwestern. His ties to the Duke community are strong, serving as an assistant under Krzyzewski and Tommy Amaker and also helping sign Jon Scheyer to the Blue Devils. As a head coach, Collins guided Northwestern to its first-ever NCAA Tournament appearance and victory in 2017. However, it is still his only winning Big Ten season to date with a 49-100 (.329) conference record overall.

David Henderson played under Krzyzewski at Duke and enjoyed a 13-year professional career before joining Duke’s staff in 1996. Delaware selected Henderson to be its head coach in 2000 after Mike Brey left for the Notre Dame position. As Brey’s successor, Henderson won 20 games his first season but slowed down from there, going 9-21 in his final season in 2006.

Chuck Swenson began his professional relationship with Krzyzewski in 1977 as an assistant at Army and followed Coach K to Duke in 1980. Swenson was the William & Mary head coach from 1987 to 1994 but never won more than 14 games in a single season. He returned to Duke in an ops role and then took two Big Ten assistant jobs prior to transitioning out of coaching.

Pete Gaudet’s coaching career began as an assistant on Krzyzewski’s Army staff. He succeeded Coach K as the head coach in 1980 but struggled in his two years, going 12-41 overall. Gaudet immediately linked up again with Krzyzewski at Duke where he spent 13 years by his side. In 1995, Gaudet stepped in when Krzyzewski took a leave of absence due to a back injury. The Blue Devils were 9-3 and ranked 6th in the country but fell apart under Gaudet, going 4-15 the rest of the way and missing the tournament altogether. Gaudet has since bounced around as an assistant in both the men’s and women’s D-I ranks.