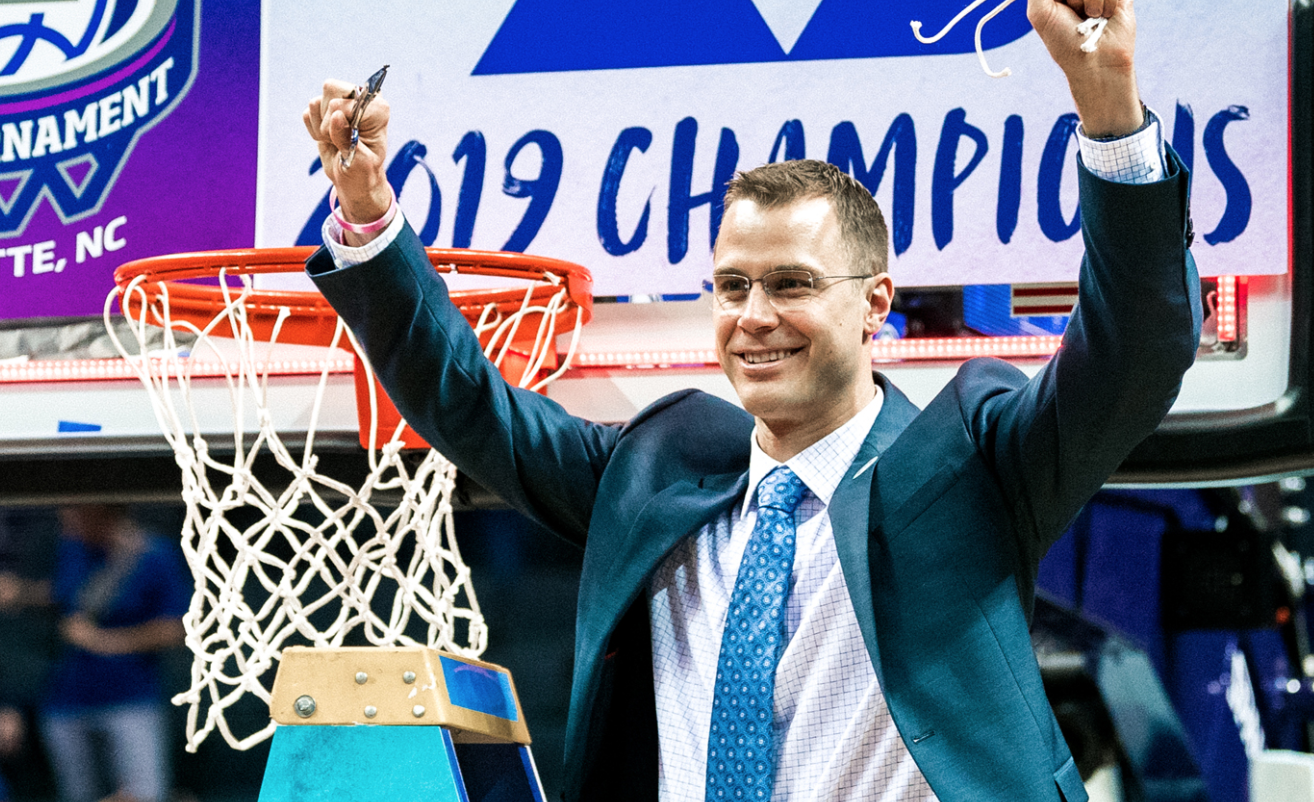 Legendary Duke basketball coach Mike Krzyzewski will retire after the 2021-22 college basketball season, an announcement that sent shockwaves throughout the sport Wednesday.

Krzyzewski, who will turn 75 in February, has been the head coach of the Blue Devils since 1980 and is the winningest coach in men’s Division I history with 1,170 career victories — 1,097 of which have come with Duke.

The program knew that this move was coming sooner rather than later given Krzyzewski’s age and worked with him to find his successor. Both Coach K and the school wanted to hire someone within “The Brotherhood” who played for Krzyzewski. That left a large number of candidates, but they ultimately will decide to have current assistant Jon Scheyer take over.

Who is Jon Scheyer?

Scheyer, 33, would be one of the youngest coaches in Division I when he steps into the head coaching role. He has been on Duke’s coaching staff since 2014 and was elevated to associate head coach in 2018 after Jeff Capel left to take the Pitt head coaching job.

As a player, Scheyer was a two-time captain and led Duke to a national championship as a senior in 2010. He was also a second team All-American, first team All-ACC performer and holds the ACC record for most minutes played in a single season.

There is always immense pressure on a coach who replaces someone successful, let alone someone like Krzyzewski. Hubert Davis will share that feeling at North Carolina as he takes over for Roy Williams, too. Duke knows this but feels that Scheyer is up to the task.

Why Scheyer is the right choice

For starters, Scheyer has been groomed over the past three seasons for this role. When he was promoted to associate head coach, Krzyzewski did so with the thought of this being the end result. Scheyer thrived with the increased duties as well, from input in the gameplan to more responsibilities with player development and recruiting.

Scheyer initially served as Duke’s leader in the Chicago area as an Illinois native. Duke has most notably landed Jahlil Okafor and DJ Steward from Chicago during Scheyer’s time on staff. But he has also grown outside of the area and his reputation has developed as being one of the best recruiters in college basketball — head coaches included.

Recruiting has become an extremely important focus for the Blue Devils over the past decade as Krzyzewski fully embraced the one-and-done era, and Scheyer has played and continues to play a major role in that area. Duke won’t take a step back in this area with him as the head coach.

The Blue Devils won’t take a step back in the player development area, either. Former Duke point guard Jordan Goldwire recently lauded Scheyer for his “skill work” and the role he plays in developing the players on the roster. There aren’t as many players around Durham for a full offseason anymore given the number of freshmen the Blue Devils send to the NBA Draft on an annual basis, but many of the returners Scheyer works closely with often see large leaps in production.

Among them, he helped Kennard develop into a lottery pick after his sophomore season. Tre Jones became the ACC Player of the Year in his freshman season and, most recently, Matthew Hurt made the leap to an All-ACC performer after a disappointing freshman campaign.

While recruiting at an elite level and excelling in player development are almost requirements for a job of this magnitude, perhaps the biggest reason Scheyer is set up to succeed is the continuity he will bring.

The Blue Devils are used to him having a leading role both on and off the court. He even served as the acting head coach against Boston College this year when Coach K was unavailable. Scheyer won’t be a new voice trying to imprint a new culture or institute a completely new way of doing things. He will make some tweaks here and there, sure, but Duke is already a machine that is rolling.

Scheyer is the best option for those reasons. Sure, he’s never been a head coach before at any level, but all the other candidates who have come with major flaws, too.

Johnny Dawkins, Tommy Amaker, Jeff Capel, and Steve Wojciechowski have all been fired from high-major coaching jobs. Quin Snyder has, too, but he’s also firmly entrenched with the Utah Jazz and in the NBA. Others like Chris Collins and Bobby Hurley have had their ups and downs.

Despite a disappointing 2020-21 campaign, the Blue Devils largely have a blueprint that works. Scheyer knows that blueprint inside and out because he has had a major part in crafting it over the last several years.

It’s always tough to be the guy after the guy, yet Scheyer has all the tools, resources, and basketball IQ needed to excel as Coach K’s successor.