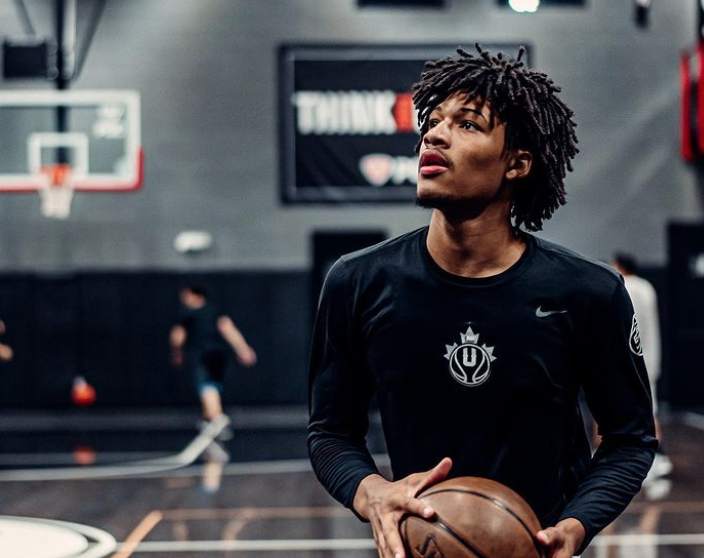 The college basketball recruiting processes of 17- and 18-year-old players can be an extremely fickle business. However, it is the lifeblood of every successful program. This past Thursday, college coaches were once again allowed onto high school campuses to recruit for the first time since March of 2020. It’s one of the important pieces of the college coaching job that can be taken for granted.

When asked how it feels to be back out live recruiting, an ACC assistant simply, and emphatically, said, “It feels great!” Film breakdowns and Zoom calls can only provide so much insight. However, live viewing can generate a feel for a player’s body language and how he interacts with teammates and coaches.

“You get a feel for their size and athleticism, the intangibles … How a kid reacts to coaching, their facial expressions, and demeanor,” a Big Ten coach added. For many media members and coaches, there’s a deeper understanding of how players may fit into various programs and cultures when viewed in person.

Let’s take a look at the past week in college basketball recruiting and the latest news around the country.

Can you name the three Rivals150 No. 1 prospects John Calipari has picked up at Kentucky? The first one is rather easy in All American and No. 1 NBA Draft pick John Wall in 2009. Skal Labissiere arrived in 2015 and is now playing in the Israeli League. On Tuesday, Shaedon Sharpe became the third top-ranked commit to Big Blue Nation in the Calipari era.

Since Calipari was named Kentucky’s head coach prior to the 2009-10 season, he and his staffs have signed 50 Rivals150 five-star prospects. Calipari has done a tremendous job bringing talents — and sometimes egos — together to win games. Even after last season’s 9-16 record, Calipari has amassed 339 wins while at Kentucky, winning 78.5 percent of his games.

Based on the way Sharpe performed this summer, he looks as NBA-ready as any prospect from the 2022 class. During Peach Jam, the 6-6 Sharpe averaged 24 points while shooting 47.5 percent from three on his UPlay (Canada) EYBL travel team. He is a high-flying shooting guard – with a reported 45-inch vertical jump – who has sharp footwork and deep range on his jump shot. Sharpe should step right into the Wildcat lineup and become a massive factor next season.

It’s worth monitoring Kentucky’s recruiting over the next couple of weeks. The Wildcats are in play for three other top-10 recruits: No. 3 Dereck Lively, No. 8 Chris Livingston and No. 10 Cason Wallace.

On the court, Jerod Haase has had mediocre returns in his five years at Stanford, carrying an 82-73 overall record and a single post season tournament birth — the 2017-18 NIT. However, on the recruiting trail, Haase remains a fixture in the top 25. Rivals150 No. 6 Zaire Williams started the trend as he led Stanford’s 2020 class to a No. 12 recruiting ranking. The 2021 class followed suit as 15th-ranked Harrison Ingram was the headliner of the No. 23 overall class.

On Wednesday, Haase received his second Rivals150 commitment of the 2022 class as 6-8 four-star Jaylen Thompson committed. The No. 98 player out of Alameda (Calif.) Southern California Academy has a lengthy frame and can shoot off the catch with range. Thompson joins No. 111 Ryan Agarwal to boost Stanford’s overall recruiting ranking to No. 24 nationally.

Earl Grant did not waste any time. His first high school commitment at Boston College is Rivals150 No. 102 Donald Hand Jr. He is Grant’s first-ever Rivals150 recruit, despite having coached three NBA players over the past five years in draft picks Jarrell Brantley and Grant Riller, as well as undrafted free agent Joe Chealey.

Hand, a lengthy guard who can handle, pass and shoot, is the son of former Virginia captain Donald Hand Sr. He should be a splash signing for the Golden Eagles and one who can grow with Grant as he builds the Boston College program.

With one season remaining at Charlotte (N.C.) Liberty Heights Academy, Elijah Jamison is sitting on 2,368 career points. On May 12, the 6-3 guard committed to East Carolina over offers including Ole Miss, Wichita State, Elon, Wilmington, James Madison and others.

Jamison reopened his recruitment on Thursday, and in the 24 hours after he announced, he had already heard from Boston College, Florida Atlantic, Coastal Carolina, Western Carolina, Fordham and UNC Asheville. He is a name to watch on the recruiting trails.

Mid-major commit of the week

Byington keeps the momentum going strong after tying for first place last season in the CAA, his inaugural year in Harrisonburg, Va. JMU will return four of its top five scorers off last year’s team, and figures to be Heat Check CBB’s preseason pick to win the league outright. Roberson is a lengthy, pogo-stick-like athlete who has excellent positional versatility, especially on the defensive end.