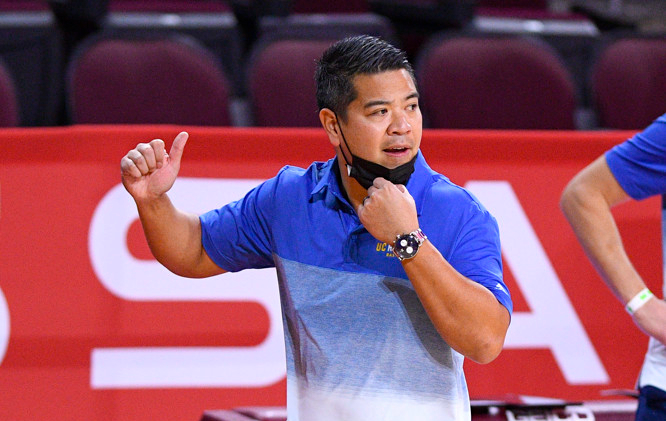 The college basketball season rolls on Thursday with a handful of teams making their second appearances on the young season.

A mid-major showcase between Vermont and Northern Iowa highlights the day’s action before things start revving up again for the weekend. Check out everything you need to know in the world of college basketball below.

Although it’s nearly been a quarter century since its last NCAA Tournament appearance, San Francisco is poised to make a run at an at-large bid this season behind the electric guard duo of Khalil Shabazz and Jamaree Bouyea.

South Dakota vs. Air Force (2:30 p.m. ET; ESPN+)
—SPREAD; -7.5: Air Force projects to be a disastrous offensive team, and it takes on one of the best mid-major scoring squads from a year ago in Sioux Falls.

Maryland vs. George Washington (6:30 p.m. ET; BTN)
—MONEYLINE; -2100: GW just narrowly held off Saint Francis in the season opener and now it heads to Maryland to battle the Terps, which could get out of hand in a hurry.

Northern Iowa vs. Vermont (6 p.m. ET; ESPN+)
—MONEYLINE; -240: UNI’s AJ Green is one of the best pure scorers in America, so his 1-of-14 mark from the floor in Tuesday’s loss to Nicholls is bound to level out soon.

Washington vs. Northern Arizona (10:30 p.m. ET; Pac-12 Network)
—SPREAD; -15.5: Northern Arizona was blasted 81-52 by Arizona in its season opener, and now has to pick up the pieces against a Washington squad looking to get right after falling to Northern Illinois on Tuesday.