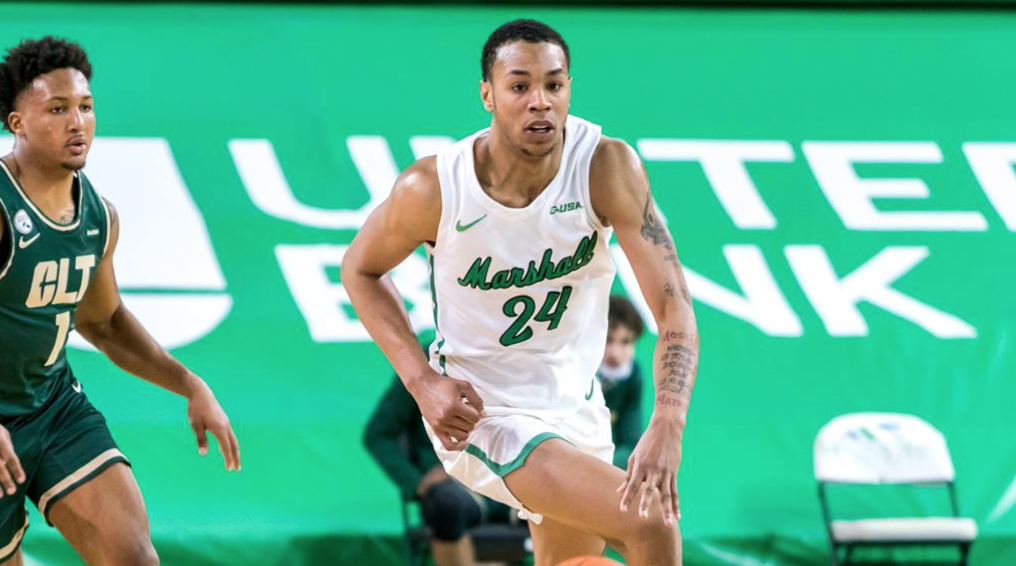 The 2021-22 NCAA basketball season is in its infancy, having just over 150 games already completed at this point. As is the case every year, blue bloods and high-majors are the ones taking center stage in the early portion of the season. But while the Champions Classic was the main event on opening night, future Cinderellas donned the court as well.

There is plenty of season ahead, and this week’s edition of the Hark’s Remarks will dive into 10 mid-major superstars poised for big years. The players included below are already proven stars with strong track records, but none of them competed in the NCAA Tournament last season.

This time around, though, these individuals play for teams that will likely be in contention for either an at-large or automatic bid. They could be the mid-major names to know in the Big Dance several months from now before they tear apart the nation’s brackets.

So as the season tips off, here are some mid-major superstars who warrant plenty of attention throughout the campaign.

Grayson Murphy is the epitome of a “do-it-all” star. The Belmont senior is an elite defender, high-quality playmaker, tremendous finisher, and capable 3-point shooter. The Bruins enter the season with high hopes of reaching the NCAA Tournament as the OVC’s best team, and Murphy is at the core of that optimism.

Murphy averaged 10.9 points, 8.0 rebounds, 5.8 assists and 2.3 steals per game last season. There aren’t many 6-2 guards in the country capable of logging that many rebounds and finishing on nearly 70 percent of 2-point attempts. Murphy is also a two-time OVC Defensive Player of the Year, thanks to his all-around skill set.

The CAA will be crazy at the top this season, particularly with James Madison’s postseason eligibility in question. As a result, the door is open for a star player to propel his team to automatic-bid contention.

Enter Hofstra’s Jalen Ray. The 6-2 senior guard posted 19.3 points, 3.3 rebounds, 3.3 assists, and 1.7 steals per game last season as the Pride’s go-to weapon. This season will be Ray’s fifth in Hempstead and there are very few players who match his experience and scoring ability. He is a career 38.8-percent shooter from three and hit a career-best 84.3 percent of his free throws last season as well.

Ray is elite in this heavy pick-and-roll offense. Hofstra features more depth around him this season in the backcourt and should be one of the better mid-major offensive units in the country.

The Ivy League is among the least predictable conferences in the country this season after sitting out last year. Princeton was picked to finish 3rd in the league and is a real threat to compete for an NCAA Tournament bid behind backcourt star Jaelin Llewellyn.

The 6-2 guard averaged 15.3 points and 4.1 rebounds per game as a sophomore and is a deadly scorer. He made massive strides in his efficiency in 2019-20 (.395 to .504 true-shooting percentage) and should be a contender for the Ivy Player of the Year award this season.

If the Tigers are going to contend for the league’s automatic bid, it will be because of his play. Llewellyn caught fire down the stretch of his sophomore year; it has been over a year since those performances but they showed flashes of what the future may hold:

Jackson State posted an undefeated 11-0 record in SWAC play last season before falling in the overtime in the conference tournament. The biggest reason for their success for most of the year was their tremendous defense. The Tigers ranked 92nd nationally in adjusted defensive efficiency last season, and forward Jayveous McKinnis played a major role.

The 6-7 forward ranked 63rd in the country in offensive rebounding rate, fourth in defensive rebounding rate, and 74th in block rate. He dominated underneath to the tune of 12.5 points, 13.5 rebounds and 2.1 blocks per game. McKinnis should be a First Team All-SWAC player this season. He is the team’s top returning scorer and rebounder while also owning two SWAC DPOY awards. McKinnis is a legit mid-major superstar inside.

Good luck finding a more high-flying guard in the country than Taevion Kinsey. An absolute demon in the air, the 6-5 senior soars to the rack with the best of them. He averaged 19.5 points per game last season and will be the headliner for Marshall once again this season.

Head coach Dan D’Antoni runs one of the most up-tempo units in the country and Kinsey is an ideal fit to thrive in the attack. He ranked tops in the entire country in dunks (46) among players 6-6 or shorter last season, 13 more than anyone else.

Kinsey is also a capable shooter with a 41.3-percent mark from 3-point range. UAB is the preseason favorite to win the CUSA but there are quite a few dark horses, including Kinsey’s Marshall squad.

Jeenathan Williams was a tremendous recruiting steal for Buffalo a few years back. Now entering his senior year, the former top-150 prospect has showcased why he was so highly valued out of high school. He posted 17.6 points per game last season and is the middle head of Buffalo’s star triumvirate that also includes Josh Mballa and Ronaldo Segu.

The Bulls fell one game shy of the NCAA Tournament last season and will be out for revenge this time around. They are a star-studded mid-major group, but Williams is the superstar offensive guard who could make the most noise in the postseason. After shooting just 25.3 percent from three over his first two collegiate seasons, he absolutely blossomed last year. Williams hit 34-of-88 (38.6 percent) from beyond the arc, making him all the more dangerous. He also doubled his assists per game.

The 3-through-5 spots in the WCC appear to be very much up for grabs this season as San Francisco, Saint Mary’s and Loyola Marymount all have fringe at-large hopes. The best player on any of these three teams is Dons’ guard Jamaree Bouyea. The 6-2 senior guard posted 17.3 points, 3.7 rebounds, 3.7 assists and 1.5 steals per game last season on ridiculous efficiency.

He also shot 55.9 percent from two, 37.0 percent from three, and only displayed a 15.4-percent turnover rate despite the fifth-highest usage rate in the WCC. Bouyea is as shifty as they come and does an incredible job keeping defenders on their heels as a driver. The Dons dominated the 3-point arc last season, launching a bunch of their own and limiting their opponents’ attempts. The backcourt of Bouyea and fellow returner Khalil Shabazz should do the same this time around.

South Dakota State is the favorite to win the Summit League. Again. The Jackrabbits were upset in the conference tournament by eventual Cindarella Oral Roberts, but posted a strong season overall. Their biggest returning star is junior wing Baylor Scheierman.

A core reason why the Jackrabbits ranked 39th in adjusted offensive efficiency last season, the 6-6 wing averaged 15.4 points, 9.2 rebounds and 4.0 assists per game on impressive shooting splits. Scheierman connected on 44 percent of 125 3-pointers, finished on 56.1 percent of his 2-pointers, and was nearly automatic at the free-throw line. He ranked in the top 70 nationally in offensive rating, effective field-goal percentage, true shooting and defensive rebounding rate. He is a well-rounded superstar capable of leading South Dakota State to its 13th straight year finishing .500 or better in Summit play.

Here’s a look at the other players in the country who notched 15-plus points, 9-plus rebounds and 4-plus assists per game last season:

Vermont has been a dominant presence in the America East for the past several years. This string of success includes a 131-27 record in conference play under head coach John Becker.

Leading the way in 2021-22 will be returning star Ryan Davis. The 6-8 forward has quickly followed in the footsteps of Anthony Lamb as the Catamounts’ superstar and he posted superb numbers last season. Davis averaged 18.5 points and 6.3 rebounds per game. He does most of his damage around the rim but also managed to hit 41.5 percent of his 41 3-point attempts last season; his 123.2 offensive rating ranked 58th nationally.

Davis has already notched Sixth Man of the Year and Player of the Year honors in the America East during his career. Watch for him to compete for a repeat at the latter this time around.

Alex Morales was one of the more well-rounded mid-major players in the country last season. The Wagner star averaged 16.8 points, 7.2 rebounds, 4.3 rebounds and 1.8 steals per game. It is hard to not be impressed with those numbers. The 6-6 forward was named the NEC Player of the Year for his efforts and will compete for a repeat this season.

This is Morales’ “super senior” season and he is both the Seahawks’ best scorer and playmaker. Wagner has not reached the NCAA Tournament since 2003, but should be a top contender — along with Bryant — for the NEC’s automatic bid.