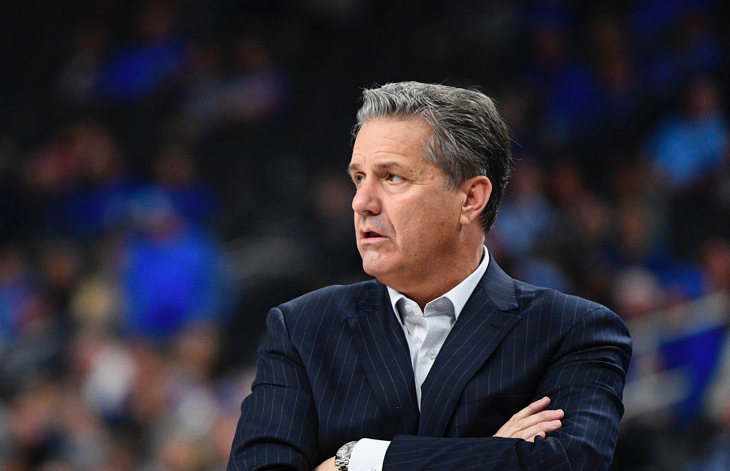 John Calipari and Kentucky add another key contributor via the transfer market.

After scoring 5-star freshman TyTy Washington last week, the Kentucky Wildcats are back in the news with another significant addition that should help stabilize one of college basketball’s A-list programs.

Kentucky’s ’21-22 rotation is quickly coming into place. With the Wildcats finishing 196th in assist rate and 217th in turnover rate last season, the program desperately needed playmaking and ball protection in the backcourt.

Monday’s addition of Georgia transfer Sahvir Wheeler should go a long way towards resolving last year’s shortcomings. The 5-10 point guard was named All-SEC after tallying 14 points and 7.4 assists per game with the Bulldogs. He ranked third nationally in total assists and was also 11th in assist rate despite UGA’s lackluster jump shooting.

Wheeler heads to Lexington with a surplus of weapons around him. Although Wheeler isn’t much of a shooter himself (career 26.2 percent on 3-pointers), his primary duty on offense will be to serve up perimeter looks for guys like Davion Mintz, Dontaie Allen, Kellan Grady and CJ Fredrick.

Wheeler — whose other finalists were Kansas, Oklahoma State and LSU — should feel comfortable speeding things up and finding open shooters. Under Tom Cream, Georgia’s offense ranked 13th nationally in tempo while Kentucky placed 181st overall. Look for Wheeler to provide a much-needed spark in an offense that was far too stagnant at times last season.

Texas Tech said goodbye to its top scorer on Monday as Mac McClung announced that he will forgo his remaining eligibility to turn pro.

The 6-2 guard tallied 15.5 points a night in his only season with the Red Raiders. He made a sizable impact for Texas Tech after playing his underclassmen years with Georgetown.

McClung joined the college ranks as a 3-star recruit who became a household name thanks to jaw-dropping athleticism. While he was an all-league player in the Big 12 this past season, his current draft stock is limited due to his skill set as an undersized score-first guard.

Remy Martin lands in the Big 12

Staying in the Big 12, Kansas landed one of the biggest transfers of the offseason with former Arizona State guard Remy Martin announcing his commitment to the Jayhawks.

Martin is a three-time all-Pac-12 honoree who has scored 19.1 points per game in both of his past two seasons with the Sun Devils. A 6-0 guard, Martin also sees the floor well and can distribute to his teammates. He has 466 career assists and will have plenty of weapons around him in the revamped KU lineup.

However, Martin is still leaving the option open of joining the NBA ranks this offseason. He announced earlier this month that he would declare for the draft while leaving his options open while in the transfer portal. If he does stay in college, Martin figures to start immediately for the Jayhawks in what should be one of the better lineups in America.

Martin is one of several key additions for Kansas, which said goodbye to Marcus Garrett and will see Ochai Agbaji and Jalen Wilson test the draft process: