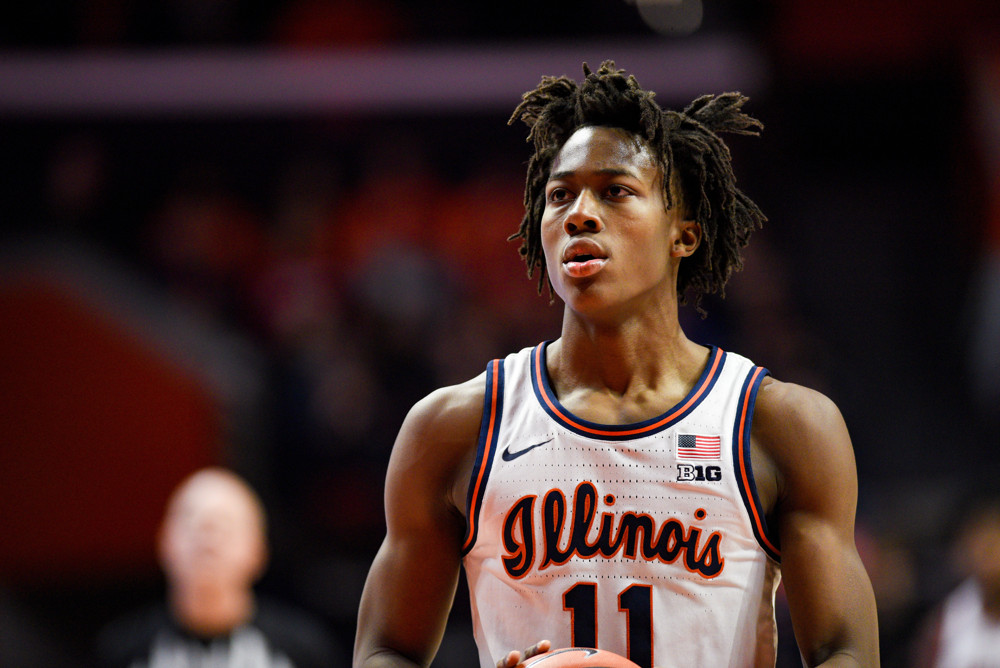 Now that the NBA regular season has concluded and teams know the general range where they will be picking, it’s time to take a look at the initial first-round projections in our first 2021 NBA mock draft.

There aren’t many surprises at the top. Cade Cunningham and Evan Mobley were billed as the two top prospects before the start of the 2020-21 college basketball season, and both delivered excellent seasons with Oklahoma State and USC, respectfully, showing why they are so highly regarded.

Things will be interesting behind them, though. Jalen Suggs was the star for a Gonzaga team that nearly went undefeated, yet he’s battling for draft positioning with the two best prospects from G League Ignite’s initial roster in Jalen Green and Jonathan Kuminga. And what will happen with Davion Mitchell and Jared Butler, the two dominant stars who led Baylor to the program’s first national championship?

The 2021 draft class projects to be relatively strong as well, leaving the potential for a few late-round gems to be found.

Who will land where? Below are Heat Check CBB’s initial projections for the entire first round.

The Rockets shouldn’t overthink this. Houston is undergoing the start of a total rebuild and Cunningham is the best prospect in this draft. His vision and unselfishness make his teammates better, and he has the size and skill to play a variety of positions. Houston is going to want to put the ball in his hands.

Detroit spent last year’s first-round pick on Killian Hayes. While it will be tempting to find a long-term backcourt mate for him at this spot, the Pistons also have a hole at center. Mobley is an elite defensive prospect that doesn’t come around very often. The rarity of his size/skill/athleticism combination holds enough value for Detroit to lean this direction.

If Orlando wants to focus on need, they might look past Green considering the amount it has invested in their backcourt (trading for Markelle Fultz, Gary Harris, and RJ Hampton, and drafting Cole Anthony). Green is a better prospect than any of them, and the Magic are also in full rebuild mode … again. They should go with the best player available.

The Thunder have enough needs and draft picks over the next decade that they will be able to take the best player available. In this case, it’s Suggs, who will provide needed scoring and playmaking to Oklahoma City’s backcourt alongside Shai Gilgeous-Alexander.

Johnson is a tough prospect to peg. A five-star player coming out of high school, he underperformed at Duke due to some inconsistent shooting and nagging injuries and left the team before the conclusion of the season. However, he would make sense in Cleveland, a team that needs help on the wing. The Cavs also have two score-first guards in Collin Sexton and Darius Garland, so adding a playmaker at the four spot seems like the perfect fit.

Golden State likes James Wiseman and thinks, once healthy again, he’ll hold down the center position. Now the Warriors need to address their depth. Kuminga is a high-upside prospect who will make an immediate impact defensively with this size and quickness.

Speaking of the perfect fit, Scottie Barnes can be that for whoever drafts him. He has the size and wingspan to play center, but also has the ball-handling and vision to play point guard, which he did for the Seminoles in his lone college season. Toronto values talent and upside in its developmental system and Barnes has a ton of it while also being able to contribute right away.

Orlando could be tempted to reach here given the backcourt investment we just discussed, and it would love if Barnes fell to No. 8. However, that’s not the case here, and Moody is another certified scorer who can play anywhere along the wing.

Buddy Hield isn’t happy in Sacramento, so why not look at a potential replacement in Johnson? The former Vol is an elite athlete with tremendous upside.

The Pelicans don’t have much reliable backcourt depth and need help defensively. Enter Mitchell, who will immediately help in both areas and is the best perimeter defender in this draft.

Butler is an experienced college star with championship pedigree, can play on-ball and off-ball offensively, is a very good defender, and is a great three-point shooter. It would be hard to imagine the Warriors passing on that here. Butler has the skillset to thrive in Golden State’s system, too.

We don’t know what the futures of Russell Westbrook and Bradley Beal will hold but Washington needs a lot of help just about everywhere else. That should lead to the best-player-available approach, and Bouknight is easily the choice at this point in the draft. He’s an elite athlete and scorer who should excel in the NBA’s wide-open style of play.

Boston continues to look for an answer inside. While Garuba may not be an immediate starter, the 19-year-old has an NBA body and years of professional experience under his belt. He has the potential to be a real defensive star.

Memphis is at a point where it is fine-tuning a young, talented roster, so I’d expect the Grizzlies to take a player who can contribute right away over a long-term project. Enter Kispert, who might be the best shooter in this draft.

The Knicks would be best served to add backcourt help in the draft and Springer is the kind of high-upside prospect with the athleticism, three-point shooting chops (43.5 percent), and versatility that should be appealing.

The Hawks have built their roster around shooting and Williams, a top five prospect in the 2020 recruiting class, is an excellent one. It’s hard to find a player with his skill, size, and upside at this point in the draft, so Atlanta should be thrilled.

I wouldn’t be shocked if New York tried to package these picks to trade up. For this mock, however, we have them staying put and adding even more backcourt help in Dosunmu, a combo guard with excellent defensive potential who excels at attacking the rim.

Nix’s stock fell in the G League as both Green and Kuminga had more prominent roles, yet his physical tools and floor-general nature lead me to believe someone will gamble on him in the first round. Enter the Lakers, which need help at point guard.

Speaking of offensive playmakers, Thomas is a bonafide scorer in every sense. There are a number of things he can improve on, particularly defensively, but Houston will value his elite offensive repertoire.

Houston’s aforementioned rebuild means it can afford to be patient with some high-upside projects. That makes them a perfect landing spot for Sengun, an 18-year-old who has excelled down low in Europe but may need time to adjust to the pace and physicality of the NBA.

Another team in need of a point guard, the Clippers land a good one here at the end of the first round in Cooper. He is lightning quick and an elite passer with a phenomenal feel for the game. He needs to improve as a shooter but can make an impact with LA’s second unit.

Philadelphia’s frontcourt play remains strong and the franchise has worked to improve its backcourt, though depth remains something of a concern. Mann won’t be a star, but he has the size to play either guard position and can both shoot (40.2 percent from three) and facilitate.

The Suns are a team full of young talent and don’t have a ton of needs after their breakout season. However, Chris Paul isn’t going to play forever, and they could use some help behind him. Ayayi projects to be a point guard at the NBA level but can play either guard position, is extremely smart, efficient, and well-rounded.

Utah could probably use another point guard to groom long term, but the Jazz also shouldn’t reach for one. As such, I have them taking the uber athletic Greg Brown who, while raw, should make some kind of immediate impact with his size, quickness, and leaping ability.