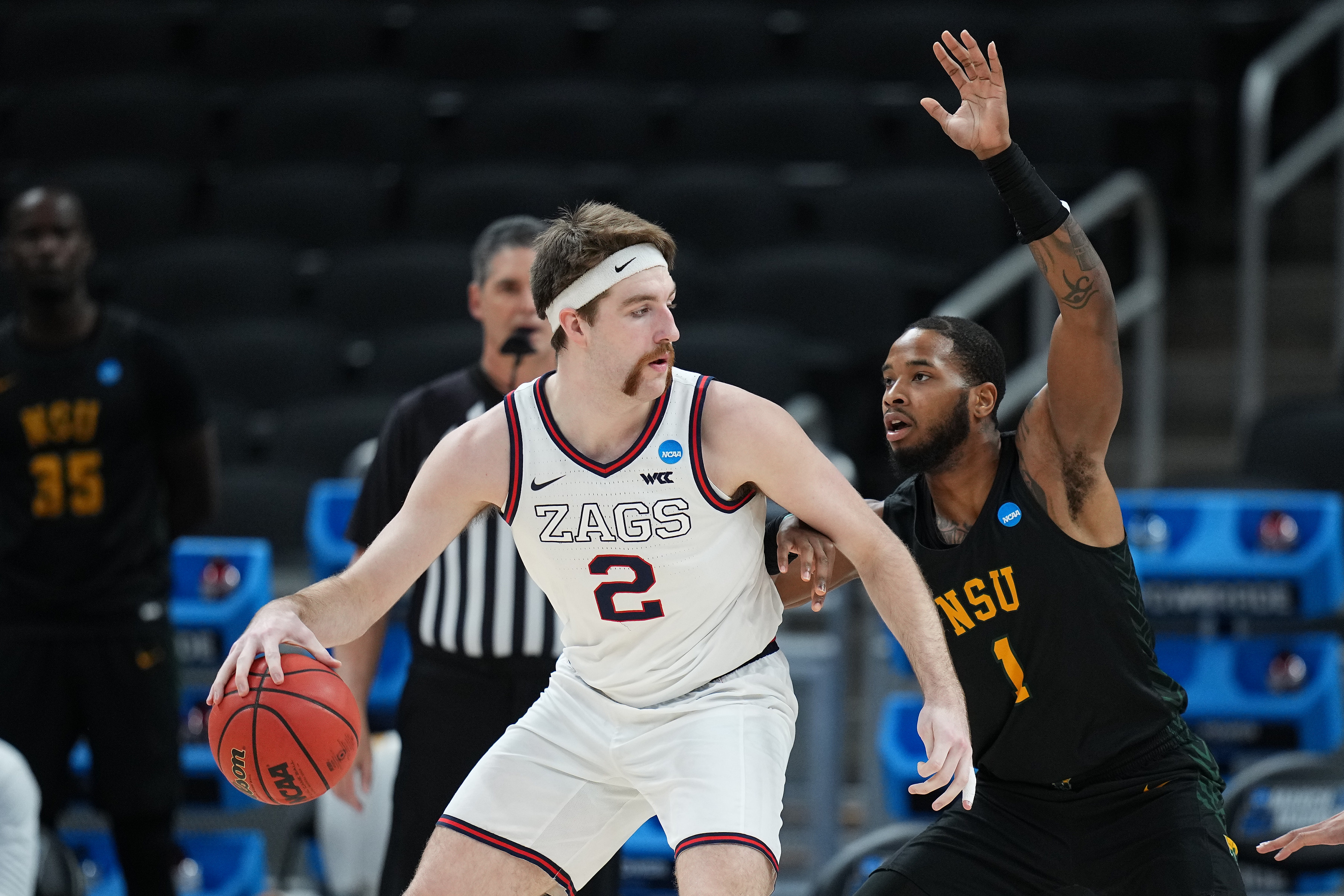 Check out the top 25 returning players in men’s college basketball for the 2021-22 season following the NBA Draft withdrawal deadline.

With the passing of the NCAA’s July 7 deadline for players to withdraw from the NBA Draft and maintain their college eligibility, the window for ‘testing the waters’ is officially closed. While many promising players stayed in those waters, an impressive wave of college talent will be crashing back upon the collegiate shoreline in 2021-22.

Those almost-pros are coming back to a once-in-a-lifetime college hoops landscape, where a ridiculously strong group of so-called super seniors will be playing alongside yet another flock of fabulous freshmen, thanks to the NCAA essentially pretending as though last year never happened.

Simply put, the 2021-22 college basketball season is going to be a lot of fun.

To help get you prepared for the coming campaign, our staff put together a list of the top 25 returning players in all of college basketball. Before we get into the nitty-gritty, though, there are a few things about the list to bear in mind:

Got questions? Save them until the end and then come find us on Twitter. In the meantime, let’s get down to brass tacks.

You’d be forgiven if you forgot about Mills, whose 2020-21 campaign was cut short after just four games when he decided midseason to transfer from Houston to Florida State. After a spectacular freshman season, Mills was tabbed as last year’s AAC Preseason Player of the Year; however, after struggling with injuries and finding his role in Houston, Mills packed up for Tallahassee. The sharpshooter adds some legitimate scoring punch for a Florida State team that promises to be hard-nosed on defense, as most Leonard Hamilton squads are these days. –Andrew Dieckhoff

Entering his third season with the Trojans, Isaiah Mobley is finally in a position to take over as the top option in the frontcourt. After spending two years as a key role player behind Onyeka Okongwu, Nick Rakocevic, and his brother Evan, the elder Mobley announced himself on the biggest stage. His ability to defend the low post, and provide valuable pick-and-pop capabilities will help Andy Enfield’s squad maintain a high performance, despite losing their best prospect in years to the NBA. –Connor Hope

For all the hype around the newcomers in Austin — from the new head coach to the absolute haul from the transfer market — it’s tempting to overlook the returning players. There might not be a more important Longhorn than Jones, whose story of beating cancer and then making All-Big 12 is truly inspirational. Jones will likely be asked to play some point guard (unless Texas makes another splash), but he’s best suited as a shooter. His three-point numbers dipped last year, but he was a 38-percent shooter in 2019-20, so a rebound is definitely possible. –AD

Bradley was a star carrying an otherwise lackluster Cal team over the last three seasons with a versatile offensive game that helped earn All-Pac-12 honors in 2019-20 and 2020-21. He’s a power guard/undersized forward who should step in and replace Matt Mitchell in both playing style and as San Diego State’s offensive leader. The hope is that Bradley will have a Malachi Flynn-type impact for the Aztecs. The 6-4, 220-pounder is certainly capable of being the leader for a very good San Diego State team. –Brian Rauf

Jaden Ivey is destined to be the featured image of every single “breakout players” list this offseason. The 6-4 rising sophomore put together a strong opening campaign a year ago and will enter his second season fresh off a summer playing with Team USA’s U19 club. Ivey is a bucket-getting guard who turned heads last season despite poor shooting from three-point range. If he improves on his 25.8-percent accuracy beyond the arc, then Ivey is going to seriously raise Purdue’s ceiling and earn some looks for postseason accolades. His combination of burst and shot-making position him as a candidate to be a go-to, late-game scorer. This could be Ivey’s last collegiate season if he is able to reach his steadily rising expectations. –Lukas Harkins