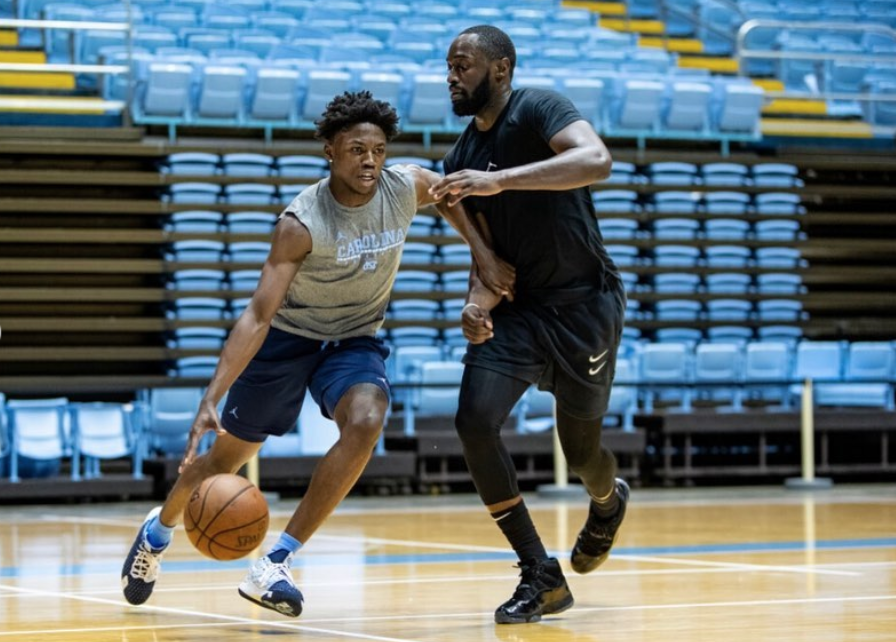 College basketball: Underrated freshmen who could have huge seasons in 2021-22

Analyzing underrated college basketball freshmen who could have monster seasons in 2021-22.

Every year, college basketball features a new crop of players who come from off the radar and become eventual stars.

Let’s take a look at five freshmen, who were not highly ranked players, who could leave their mark in year one.

Carter is a 6-4 guard, originally from Miami, Fla. who took a prep year at Brewster Academy. Carter is the son of Anthony Carter, a former NBA player and current Player Development Coach with the Miami Heat. Carter is the highest ranked recruit South Carolina has brought in since PJ Dozier in 2015.

South Carolina returns two of its top four leading scorers, both of whom are guard/wing players who finished with double-digit scoring averages. However, what the Gamecocks need to replace is the team’s leading scorer in guard AJ Lawson. Carter is primed to step right into that slot and shoulder some of the scoring load. South Carolina brought in five new guard faces that Carter will be battling with for minutes, however, Carter carries that “It Factor” and pedigree to seize the opportunity.

Shooting is the name of the game and North Carolina is coming off a season where it finished 268th in Div. 1 (31.8 percent) in three-point shooting percentage as a team. Returning sophomore Kerwin Walton — who shot 42 percent — was the only player on last year’s team with ten or more attempts who shot over 33 percent from deep. D’Marco Dunn was one of high school basketball’s premier shooters across the country. The lengthy 6-4 shooting guard shot 41.5 percent from three in his high school career, and 63 percent from two, to average 21.3 points per game en route to a 41-3 overall record, including a state championship.

North Carolina returns its three primary starters in the backcourt with sophomores, Caleb Love, RJ Davis and Kerwin Walton, as well as junior utility guy Leaky Black. However, if Dunn can quickly adjust to the speed of the game, and add a few pounds in the preseason, there is ample playing time to be had. While North Carolina did a great job of addressing their frontcourt losses in the off season, Dunn is the only new shooter to arrive on campus, so more playing time is available. As mentioned before, shooting was the Achilles’ heel of last year’s Tar Heels.

“D’Marco is a perimeter player who could be a one, two, or three, we don’t know yet,” said former North Carolina head coach Roy Williams. “He can really shoot the basketball and has a tremendous work ethic. He’s going to pass a lot of people by who have better “ratings” because of his work ethic.”

Morgan is a 6-9, 230-pound forward from Waseca (Minn.) High School. Morgan chose North Dakota State over an offer from Iowa in October of 2020. He never looked back, going on to average 20 points and 10 rebounds per game and being named a finalist, along with Chet Holmgren, for Mr. Basketball in Minnesota.

North Dakota State will return its top seven scorers off a team that finished 11-5 in the Summit League, good for third place. Of the top five players returning, four are perimeter guys and then you have 6-10 senior Rocky Krueser, who led the Bison in both scoring (15.7) and rebounding (7.0) last season. This is a veteran team, but Morgan will be one of the more naturally talented players on the roster as a grinder who combines size, skill and work ethic. He will find his way on the floor, when he does it will be fun to watch him develop.

“Andrew is a hard worker with a strong, blue-collar mentality,” said North Dakota State head coach David Richman. “His toughness is one of the first things that stood out to us…He plays the game with a ton of energy and a chip on his shoulder.”

Creighton has been on a tear lately as it has gone for 20 or more wins in ten of the previous 11 seasons with NCAA tournament appearances in six of those 11 seasons. This year, the Blue Jays will have to rebuild a roster that lost its top five scorers off last year’s team who earned 152 of 155 starts. There will be plenty of minutes to go around. The Nembhard family is known in college basketball as Ryan’s older brother Andrew was a heralded recruit and played big minutes for Gonzaga last season.

Ryan Nembhard is a team-first guy as a point guard who has played in the biggest moments and won at the highest level. Creighton has an offense that lets it fly as it finished first in the Big East with 26.5 3-point attempts per game and sixth nationally with 811 attempts on the season. Nembhard will defend the ball and he will spread it around. The starting point guard for Montverde Academy, the GEICO National Championship champions, knows how to keep his teammates happy. While the numbers may not be eye-popping, Nembhard will be a central piece in keeping the ship of Creighton basketball on target.

“We are thrilled to add Ryan Nembhard to our basketball program,” said Creighton head coach Greg McDermott. “He has skill to flourish in our up-tempo system, with his ability to make other players better. He comes from an elite high school program and top-notch blub program. He has been develop and coached at an elite level and has competed and won championships.”

The first thing that pops off the page about Hildreth is his size, both in height and strength. On the floor, he has a smooth game with three-level scoring chops. Hildreth also has the ability to handle the ball and initiate the offense as a secondary-type ball handler. The freshman from Barking Abbey School in Barking, England, has national team experience playing for both the U16 and U18 British National teams the past few years. Hildreth’s father was a professional basketball player in Great Britain for well over a decade.

With Carter Whitt locked in at the point-guard position, Hildreth should be fighting for starting minutes at the off-guard position with last season’s leading scorer Daivien Williamson. There is a lot of buzz coming out of Winston-Salem surrounding Hildreth.