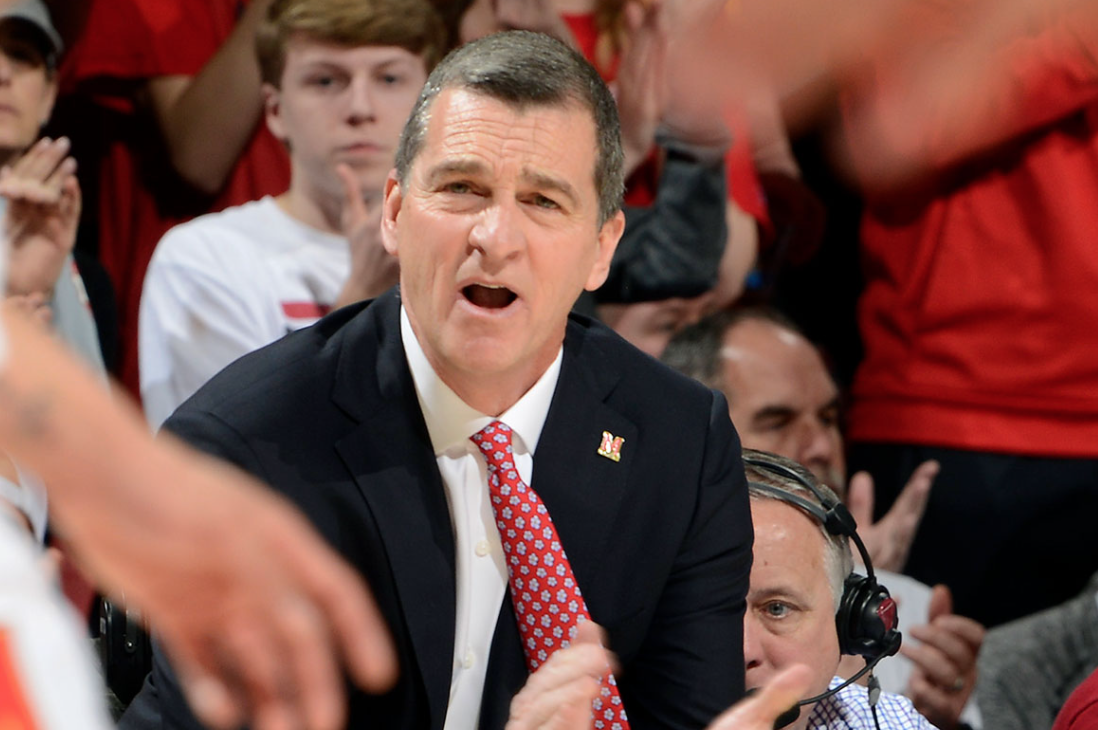 With a pair of transfer starters joining the fold, Mark Turgeon has Maryland basketball poised to be a dark horse in the Big Ten.

Welcome to Davis’ Deep Dives — a new series from Heat Check CBB that gives an in-depth breakdown of different teams. For the remainder of the preseason, we will be posting a deep dive for every squad that cracked our Top 25.

But before we get into the official countdown, we will observe a few teams who just missed the cut. Second on our list: the Maryland Terrapins.

In early April, Maryland basketball made waves by landing Fatts Russell (Rhode Island) and Qudus Wahab (Georgetown) from the transfer portal. The new additions plus the expected returners yielded top-5 projections from numerous pundits who posted “Way Too Early” rankings.

But then, the transfer portal rooted itself in the college basketball landscape, growing stronger and stronger every day … almost like the monster in Season 2 of Stranger Things. As more big-name players entered, everyone kind of forgot about the Terps. And when Darryl Morsell and Aaron Wiggins officially announced their departures, well, that ended Maryland’s short-lived offseason glory.

However, I can’t help but believe Mark Turgeon secretly rejoices over this. Just observe the head coach’s track record with lofty preseason expectations:

Contrast that to last season when Maryland basketball placed 10th in the Big Ten Media Preseason Poll. In response, they outperformed those predictions, accumulating quality wins throughout the season and even advanced to the second round of the NCAA Tournament. Perhaps less high-end talent in the program means fewer egos. Fewer egos mean less head-butting with the prickly Turgeon. Less head-butting with Turgeon means more buy-in. Whatever it is, the head coach tends to get the best out of his players when outsiders overlook them.

But this year’s team may not stay overlooked for long. The defensive-minded Terps play a physical brand of hoops, squeezing the life out of their foes as soon as they cross half-court (337th nationally in average length of possessions on defense). Turgeon builds his defense on swarming the man with the rock, pushing the ball out of the paint, and preventing easy looks at the rim. This strategy nets positive results: in all but one season since 2013, Maryland has ranked top-50 nationally in defensive 2pt FG%. (The style does make them more susceptible to giving up threes, but they still close out on shooters semi-effectively).

Junior forward Donta Scott ignites the Maryland basketball defense. The 6-7 titan exhibits the lower-body strength to battle in the post and the nimbleness to hang on the perimeter. As a result, Scott profiles as one of the most switchable bigs in the conference, effectively guarding 1 through 5. For instance, note his defensive versatility as he cuts off Rocket Watts’s driving lane:

As a further testament to his versatility, Maryland’s defensive efficiency maintained a high level with Scott at either frontcourt position (per Evan Miyakawa’s metrics):

Consequently, his skill will enhance the Terps’ lineup flexibility as they integrate Wahab into the post rotation. In matchups versus bigger teams (like Michigan, Purdue, and Illinois), Turgeon can turn to the massive Wahab-Scott tandem. But against smaller teams — like, Northwestern? Everyone is big in the B1G — the head coach can roll with Scott at the 5, while Wahab comes off the pine.

The second transfer, Russell, should also strengthen the already-formidable defense. But don’t take his diminutive stature for weakness — the 5-11 guard tortures opposing ball-handlers. He uses cat-like agility to stay in front of his man, and he throws his body around to draw charges. When off-ball, he’s just as menacing. Russell makes crisp rotations, swiftly covers ground to close out on shooters, and always prowls passing lanes. He ranked in the A10’s top-6 in steal rate all four seasons at URI. With his arrival, the Terps now have a point-of-attack defender they’ve lacked in recent years.

On the other side of the ball, Maryland basketball offense typically centers on off-ball cutting and multiple facilitators finding the open man. Year in and year out, this system consistently generates open shots. For example, observe the returning major rotation pieces — Scott, guard Eric Ayala, and super-glue-guy Hakim Hart. All three took 25% or more of their shots at the rim, converting 60% of them or better (Hoop-Math). Point guards, especially, benefit from Turgeon’s scheme:

Surely this trend factored into Russell’s decision — this spacing will be unlike anything he has experienced at the collegiate level. In his last three seasons at Rhode Island, his supporting cast commanded little attention. Help defenders often sagged off their man, waiting to beat Russell with 2x4s anytime he drove to the hoop. Now, he finally has some capable shot-makers around him. Plus, in the aforementioned Hart and Ayala, the Terps possess two other players who can initiate the offense. Accordingly, Russell will carry a lighter load — a critical development, as the guard has battled injuries throughout his career.

Ayala, in particular, can function as a go-to scorer. His breakout boosted Maryland a season ago, as he led the team in points per game and finished second in usage rate. One of the craftier players in the Big Ten, the senior uses head fakes and hesitations to beat his man off the dribble.

Lastly, Turgeon has assembled some quality depth — perhaps a response to ranking 320th nationally in bench minutes a season ago.

Incoming freshmen Julian Reese and Ike Cornish also have noteworthy pedigrees. Martinez appears to be the favorite for the most immediate contributor. But Reese has a college-ready frame, a penchant for swatting shots, and a nice-looking lefty jumper. Don’t be surprised to see him earn meaningful minutes.

Could this be the year that Turgeon buries his tournament skeletons six feet under? Well, his long list of haters certainly won’t stop chirping until he does. But if his crop of transfers pan out, he may finally silence them.