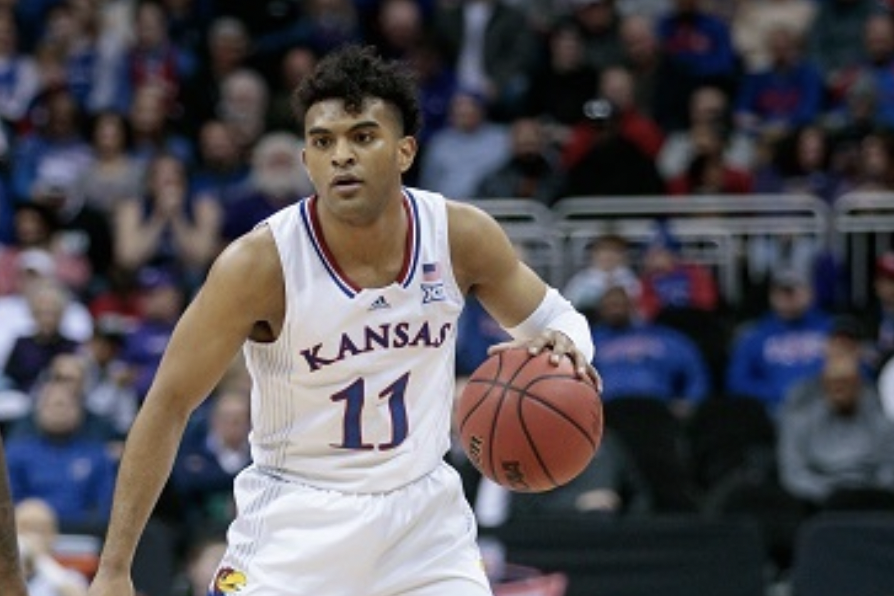 Remy Martin and David McCormack received their share of criticism this season for Kansas, but the duo stepped up when it mattered most.

Kansas basketball recorded the largest comeback in national championship history, trailing by as many as 16 points in the first half before storming back and claiming the program’s fourth title.

That was something of a storybook ending for a Jayhawks team that has been resilient all season. As such, it was fitting that the two most polarizing players on the roster were the reason Bill Self‘s squad closed the deal.

Martin was the key cog in Kansas’ effort. He scored 11 points in the second half on perfect 4-for-4 shooting, including the huge three that finally put the Jayhawks in front.

Martin wasn’t done hitting clutch shots, though, hitting a three to break a 57-57 tie and another to break a 65-65 tie.

“I just came in there and tried to make something happen and shot the shots with confidence,” Martin said after the game. “Dajuan [Harris] did a great job of getting the lead back, and I just didn’t want the deficit to change. I wanted to keep going and extend that lead.”

Those plays were extremely validating for Martin. The Arizona State transfer had a disappointing season after being selected as the Big 12 Preseason Player of the Year and was largely relegated to a bench role.

He admitted it was a tough year on him emotionally, but credited his teammates for helping push him through.

“This year has been a tough year individually for me, just injuries and just hard to find a groove sometimes,” Martin elaborated. “But [winning] felt great. These guys have been amazing throughout the whole process. They’ve always kept me going, and they always gave me confidence.”

Head coach Bill Self did stress Martin’s importance to the team prior to the national championship game, saying the Jayhawks are a “much better team” when he gets going.

The same can be said for McCormack, who was vital to KU’s success throughout his career. The Jayhawks went 35-7 over the last two seasons when he scored at least 10 points compared to 20-8 when he did not.

That up-and-down play caused the former McDonald’s All-American to be something of an enigma for Kansas fans.

The Jayhawks got the good version of McCormack in the title game, as he posted 15 points and 10 rebounds for his first double-double of the postseason — including the final two baskets of the game.

“It shows how much trust Coach [Self] and my teammates have in me. Coach called the play and said we’re going to throw it to you inside, and we have trust in you and faith in you to deliver and get us a basket.

“I just prevailed. I made the basket happen. I appreciate them for allowing me to have the opportunity.”

Ochai Agbaji, a first team All-American, was named the NCAA Tournament’s Most Outstanding Player following the title game. Self even called Agbaji the “second-most decorated player in Kansas history” behind Danny Manning now.

But Agbaji was quick to defer the praise onto the senior big man.

“If I was handing out the MVP of the Final Four,” he said, “it would be David [McCormack].”

There were times this season when it seemed McCormack would join Martin on the bench permanently. He lost his starting job at the beginning of Big 12 play and averaged just 15.6 minutes through KU’s first three conference games. Martin only averaged 18.5 minutes.

Now, those two will go down in Kansas basketball lore as legends.