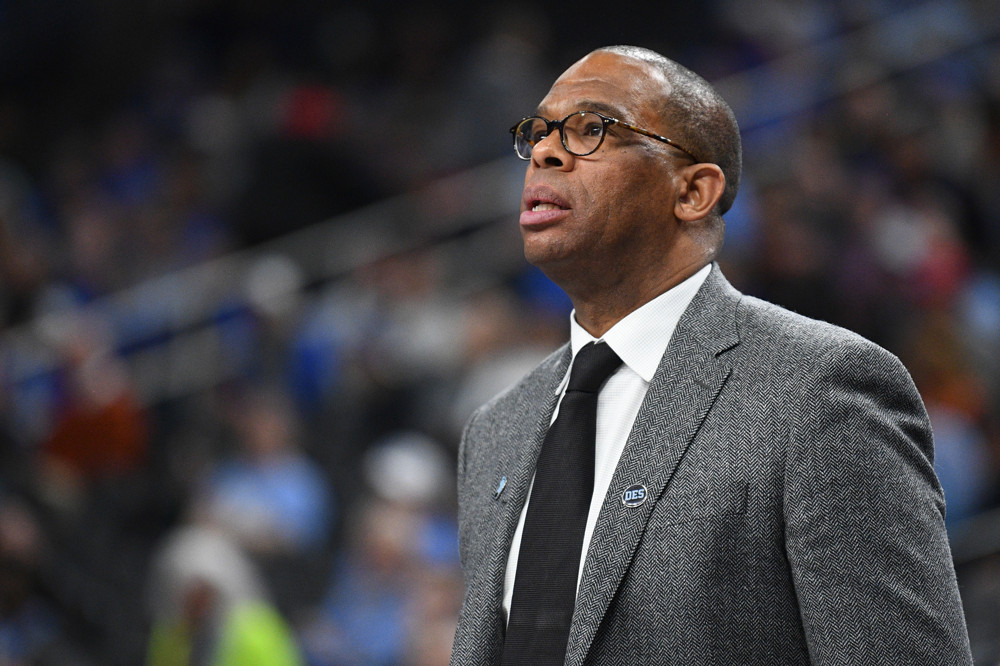 Following a historic victory over its bitter rival in the Final Four, UNC basketball has been quick to shift its attention to Kansas.

It would be easy for the UNC basketball team to get caught up in the aftermath of last night’s historic 81-77 victory over Duke. It was the first time the two rivals had met in the NCAA Tournament and it served as the final game of Mike Krzyzewski‘s career.

The team in New Orleans, though, has been quick to turn the page and focus on what’s next — a showdown with Kansas on Monday night with the national title on the line.

“That’s easy,” head coach Hubert Davis stated in Saturday’s postgame presser. “We’re playing for a national championship. One of the things that these guys have done a really good job at is celebrating a win, but also putting that aside and focusing on the task ahead of us.

“And playing for the national championship, if you’re not motivated for that, you shouldn’t be playing.”

Motivation won’t be a question, but being able to emotionally rebound from Saturday’s contest will be.

The Duke-UNC Final Four matchup was arguably the most hyped game in college basketball history and, given the back-and-forth nature of how it played out, it was incredibly draining just to watch.

“I was very emotional after the game, just winning on that big of a stage,” Armando Bacot admitted to reporters on Sunday before shifting gears. “But, honestly, I would say when we beat them in Cameron, we probably were more emotional as a group. I think now we’re just more focused on finishing the deal.

“It was good winning but we want to win a national championship now to actually hang up a banner. We won’t get any banner for beating Duke.”

Kansas will present its own unique challenges for the Tar Heels.

Big man David McCormack has the size and skill to go toe-to-toe with Bacot, who practiced on Sunday and will play despite rolling his ankle against the Blue Devils. Ochai Agbaji is the lone remaining All-American in this tournament and hit six 3-pointers against Villanova, setting the Final Four record for best 3-point percentage given his number of attempts (seven; 85.7 percent).

Those two combined for 46 points against the Wildcats, easily their most productive game of the year. With Christian Braun and Remy Martin in the fold, too, Kansas has the kind of offensive attack that is incredibly tough to stop, especially in transition.

Luckily for North Carolina, it just played the team with perhaps the most impressive individual shot creators in the country in Duke. The Blue Devils used that to push the pace on several occasions against the Tar Heels, and they know that’s an area to emphasize.

“On film, they appear to be the fastest transition team that I’ve seen this year,” Davis said of Kansas. “Whether it’s on made or missed baskets, they sprint to offense. And so it’s really important for us that our transition defense … always has an end game.”

Leaky Black has played a vital role in the team’s defensive uptick, as our Riley Davis breaks down here. Black’s effectiveness in slowing down Agbaji will be a big key in ensuring this Kansas-UNC matchup goes differently than most of their past March Madness matchups.

The Jayhawks own a 4-2 edge over the Tar Heels in their NCAA Tournament meetings with Kansas winning each of the last three (2008, 2012 and 2013). KU’s other victory came in 1991, when Davis was playing for the Tar Heels. That loss is one that still sticks with UNC’s head coach.

“Prior to us winning the national championship in 2017, from 1991 to 2017, I had watched that game at least once every year,” Davis explained. “It would make me cry. And, it’s interesting, every time I watched it, I would think it was going to turn out differently.”

Davis — and the rest of North Carolina fans — are hoping Monday night’s matchup turns out differently, too.