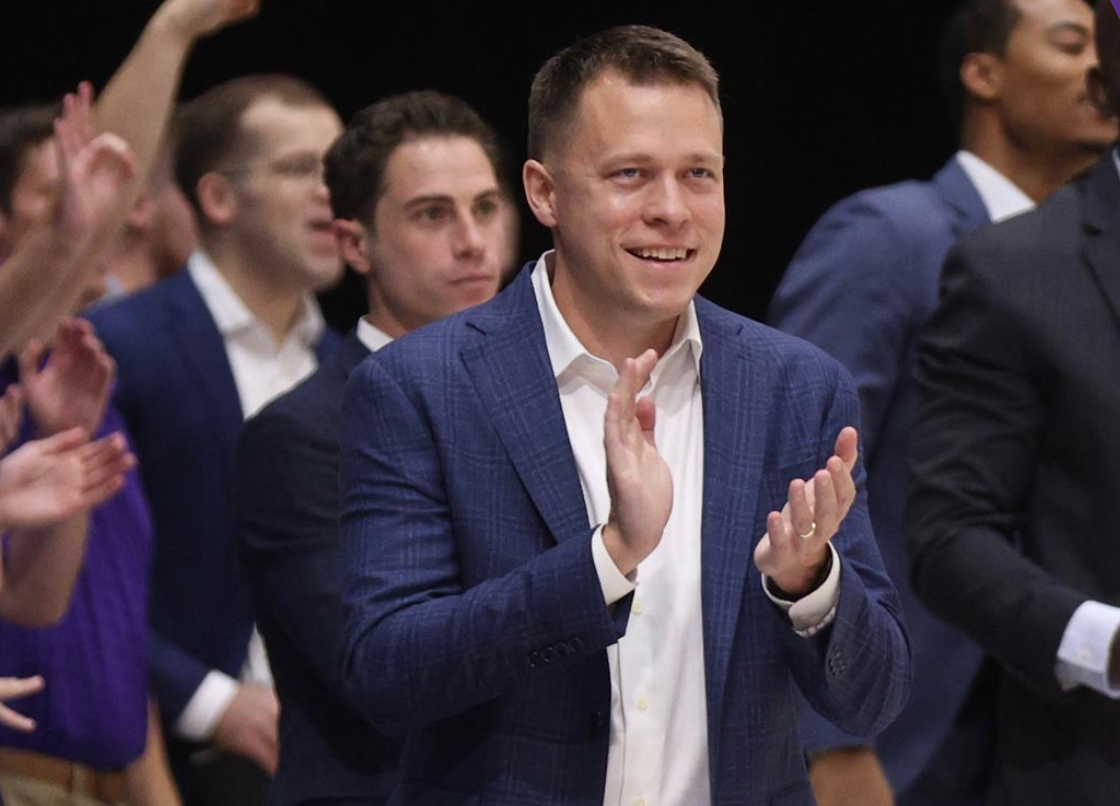 Furman basketball is winning behind elite 3-point shooting. How might that sharpshooting translate to potential postseason opportunities?

Furman head coach Bob Richey is one of the most underrated sideline generals in the entire country. The Paladins had never finished in the KenPom top 100 prior to his hiring, yet are poised to do so for the fifth consecutive time under his leadership this season. He is one of the brighter offensive minds nationwide but has not reached the NCAA Tournament yet.

In fact, Furman has not earned a bid to the Big Dance in over 40 years; their last appearance was in the 1979-80 season. With the Paladins currently sitting atop the SoCon regular-season standings, might this be the year to breakthrough? Furman has already leaped out to a 17-7 (9-2 SoCon) record and is sitting at a program-best 63rd on KenPom.

Furman is unlikely to earn an at-large nod to the NCAA Tournament due to a lack of quality nonconference wins, but it is the favorite to win the SoCon’s automatic bid at this point. The Paladins not only lead in the standings but also own the league’s best predictive metrics. They are expected to win every game the rest of the regular season and earn the No. 1 seed to the SoCon Tournament. KenPom gives them at least a 63 percent chance in each game.

Winning a mid-major automatic bid is no easy feat. Even the No. 1 seed in the SoCon has to win three consecutive games in three days to earn that ticket to the Big Dance. With that said, the top seed has won the automatic bid from the SoCon in four consecutive tournaments and six of the last seven. Furman will want to secure that spot over Chattanooga, the other main contender.

When it comes to performing in the postseason, Furman has an edge over its competition in one key statistic: 3-point shooting.

The Paladins are deadeye from deep

Furman is not just an elite 3-point shooting team. A strong argument can be made that they are the best 3-point shooting team in the entire country. South Dakota State, Purdue, Virginia Tech and Davidson might lead the nation in 3-point percentage, but none of them are attempting nearly the same volume as Furman from three. Liberty and Oral Roberts are the only teams close to as efficient as Furman on similar volume.

The Paladins rank ninth in the country in 3-point percentage and fourth in 3-point attempt rate, taking over half of their total field goals from beyond the arc and still connecting on 39.0 percent of those shots. This efficiency from deep makes for one of the most analytically friendly offenses in the country: Furman ranks 27th in adjusted offensive efficiency this season behind the 12th-best effective field goal percentage.

Another area in which Furman separates itself from the rest of the pack is with its ball movement. The Paladins rank seventh nationally in assist rate with 63.3 percent of their made field goals coming directly as a result of a teammate’s pass. This is in direct contrast to Oral Roberts – another elite 3-point shooting team – which ranks 349th in assist rate.

Furman is a balanced group with so many different 3-point weapons and complex offensive sets. The Paladins’ mix of elite high-volume shooting and a high assist rate speaks wonders of Coach Richey and the passing ability of his team. They also take care of the ball remarkably well, exhibiting the sixth-best assist-to-turnover ratio nationwide (1.59). Their balance is superb:

The value of 3-pointers is higher than ever

Dunks, layups and 3-pointers – in that order – are the three most analytically friendly shots in basketball. That is, of course, when a team boasts the caliber of shooters to make it happen. Furman certainly does, and it is making a killing this season from 3-point range. With the explosion in 3-point rate across college basketball over the past few seasons (displayed below), the teams that are efficient at high volume are some of the most dangerous in the sport.

Playing a team with more talent? The 3-point shot is the great equalizer. Sometimes all it takes is catching fire from deep to pull off an upset against any opponent. Teams that are more efficient from three on a game-to-game basis are more likely to have those “catch-fire” performances.

The national average for 3-point shooting this season is 33.6 percent. Here are the 3-point percentages for the winning team in KenPom’s seven biggest “upsets” of the year:

The upsetting teams combined to shoot 42.8 percent from three across those games, with all but one shooting well over the national average from 3-point range.

Does perimeter shooting translate to postseason?

The quick answer to this question is yes. Shooting variance is a key factor to take into account whenever analyzing trends in a single-elimination event. As much as it could take one hot shooting night to beat anyone, one poor shooting night could result in a loss to anyone. The sample size of elite shooting teams like Furman this season is not particularly high in the modern era; most teams that shoot as many threes as the Paladins are not as efficient.

However, of the sample size that does exist, there are extremely positive results. Furman currently ranks ninth in 3-point percentage and fourth in 3-point attempt rate this season. Only eight teams since the major boom in 3-point rate (2016) have finished top 25 in both of those categories during the same campaign. Here is a summary of their results:

Could Furman be the next hot-shooting mid-major to make a run through their conference tournament and perhaps pull off an upset or two at the NCAA Tournament? Statistics indicate it is a real possibility with their balance and elite perimeter shooting. There is still a whole lot of this college basketball season remaining, but the Paladins might be a team to keep on the radar.