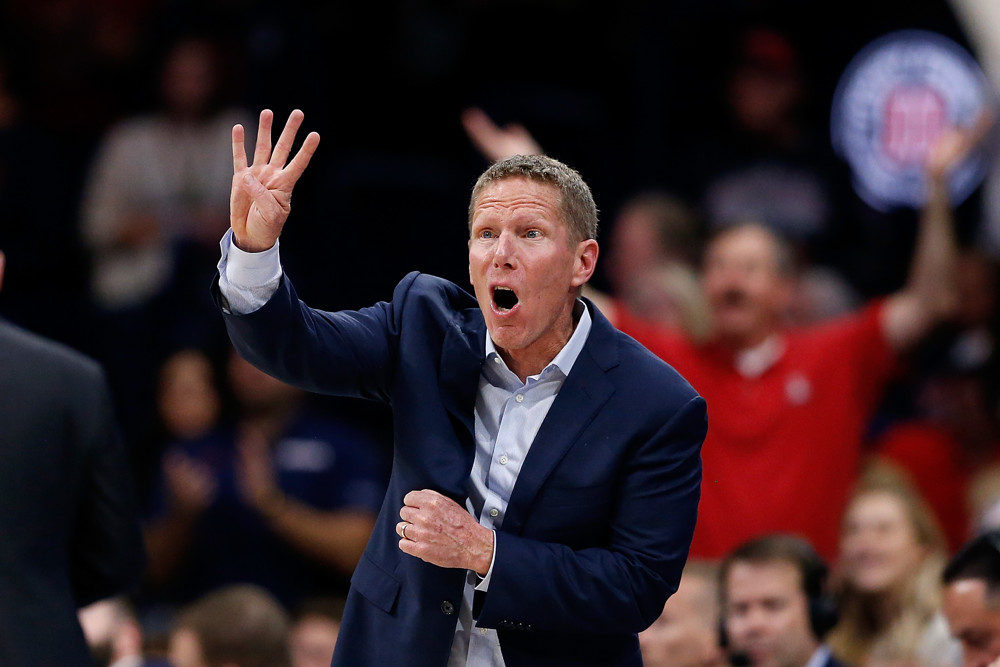 Gonzaga Basketball: Why the Bulldogs should be the preseason No. 1

Gonzaga basketball is reloaded for another national title run after falling just short in 2021.

Last season looked to be the year for the Bulldogs. Gonzaga was ranked No. 1 in the preseason and held that spot all the way until the end, losing for the first — and only — time in the title game against Baylor. The Zags still finished the season as the most efficient team of the KenPom era, yet the dominant nature in which Baylor beat them — which says more about the Bears than it does about Gonzaga — and the lack of a past national title has a good number of people doubting Gonzaga.

The 2021-22 version of Gonzaga basketball should be really good again. It returns two starters from last year’s team in guard Andrew Nembhard and forward Drew Timme — the latter is expected to be the Preseason National Player of the Year. Mark Few is also bringing in the No. 2 recruiting class in the country, headlined by top overall prospect Chet Holmgren.

It’s the kind of things blue blood programs do on a consistent basis.

Most programs that sport that combination of elite returning experience and special incoming talent are slam dunk picks to be the preseason No. 1 team. However, Gonzaga — with all the doubters mentioned before — does not appear to be a slam dunk.

There is no shortage of other worthy candidates for those doubters to pick, either. Michigan also has several key players returning and landed the nation’s top recruiting class. Kansas returns four starters and brings in an elite transfer in Remy Martin (Arizona State). Kentucky and Texas successfully hit the transfer portal hard as well. UCLA returns virtually everyone from their Final Four team. Heck, Memphis could be in the mix if it’s able to land Emoni Bates.

But even considering how strong all those teams are projected to be, Gonzaga still has the best case to be preseason No. 1 for the second consecutive year.

Take into consideration that each of the last 18 national champions had the following:

Nembhard checks the box of the starting guard returning for another year. The 6-5, 193-pounder wasn’t expected to play for the Zags last season after transferring from Florida, where he spent two seasons as a starter. But Nembhard was given a waiver to play immediately and was a major factor. A traditional point guard, he played more off the ball than normal with Jalen Suggs and Joel Ayayi also in the lineup, but he will return to that lead guard role where his vision and playmaking ability really shine.

Timme not only crosses the returning forward criteria, but he’s a returning All-American after garnering second-team honors a year ago and has Player of the Year expectations. Assuming he earns that honor in the preseason, Gonzaga will be the first team in the common era to have both the Preseason National Player of the Year and top incoming recruit on its roster.

Pairing Timme and Holmgren together should give opposing coaches nightmares. Timme has already proven to be a masterful low-post scorer while Holmgren, despite the need to get stronger, projects to be an elite defender with his length, quickness to defend on the perimeter, and rim protection. He can also stretch defenses with guard skills (remember that time he crossed up Steph Curry?) and a reliable three-point shot.

Holmgren is obviously the star of the nation’s No. 2 recruiting class — clearing the top 80 criteria — but the Zags are bringing in more than just him. Fellow five-star prospect Hunter Sallis is expected to see significant playing time in the backcourt while top 35 prospect Nolan Hickman is talented enough to get plenty of minutes behind Andrew Nembhard as well.

For as good as Gonzaga was last year, it didn’t have this kind of talented depth. And the Bulldogs were great, going 31-1 and clearing both KenPom efficiency benchmarks with ease (first in AdjO; 11th in AdjD).

Gonzaga looks special on paper, and there aren’t many coaches who consistently get as much out of their teams as Few. He has the highest career winning percentage of any coach in college basketball history that has coached at least 10 seasons and also has the longest active streak of consecutive NCAA Tournament appearances (21).

And, yes, playing in a conference like the WCC does inflate those numbers a little bit, but no one else is doing this or has done this — not Jerry Tarkanian at UNLV, not Brad Stevens at Butler, or any other coach who experienced success at the mid-major level.

He has led Gonzaga to at least the Sweet 16 in six straight NCAA Tournaments, including four Elite Eights and two title game appearances. While the Bulldogs haven’t finished the job with a championship, all of those losses either came against higher seeds or against teams that went on to win the national championship.

The law of averages would indicate that Gonzaga basketball will break through sooner rather than later given its talent level. Virginia went through a similar stretch — and the devastating UMBC loss — before cutting down the nets. Jay Wright and Villanova endured a series of second-round losses before their titles in 2016 and 2018. John Calipari couldn’t win the big one until he did so with Kentucky in 2012.

Automatically writing this Gonzaga team off or suggesting it should be knocked down the rankings because of past seasons is ludicrous. The Zags certainly aren’t guaranteed to win a title this year because just about anything can happen and the championship odds for any one team in a 68-team, single-elimination tournament are always slim.

At the same time, everything points to this Gonzaga basketball team being special once again. It should all start with the preseason No. 1 ranking.