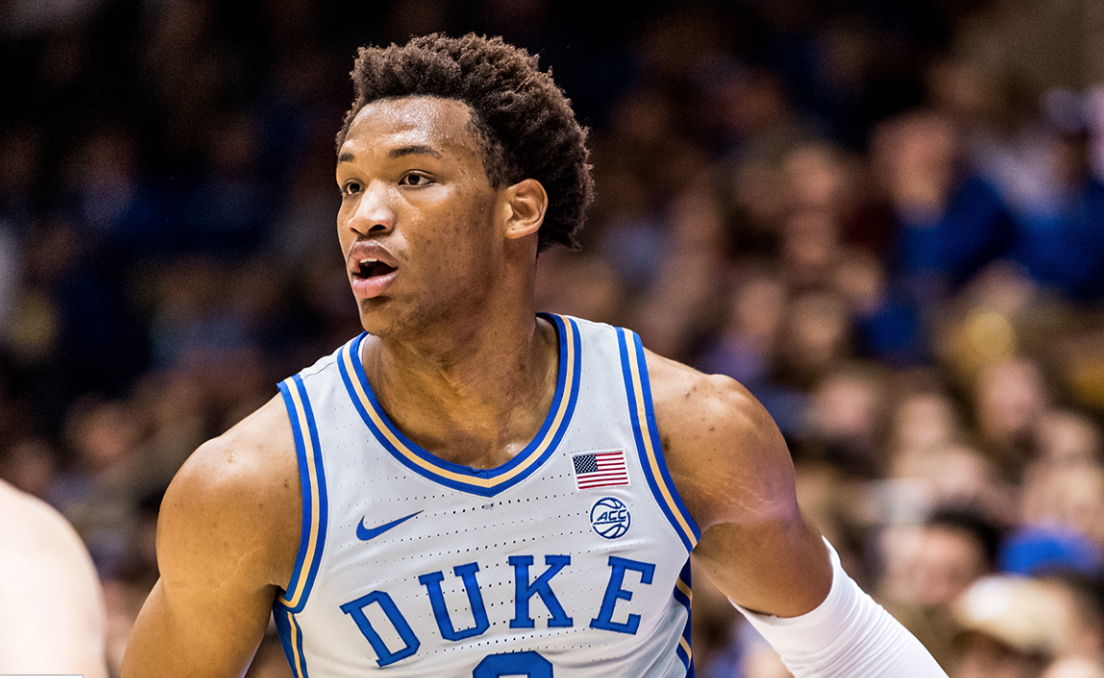 Duke’s Wendell Moore is among the college basketball’s rising stars on national title contenders this season.

The opening month of the 2021-22 college basketball season is nearing its close, and many of the nation’s preseason darlings are living up to the hype. Teams like Duke and Purdue are quickly answering the call as title contenders while every Final Four program from last year finds itself in the top 15.

There have been several early-season storylines, but the most important revolves around which teams have proven themselves worthy of early contention for the national title. Gonzaga and Duke have already held down the No. 1 spot but are far from alone among the most impressive teams nationwide.

This week’s edition of the Hark’s Remarks will dive into a few of the teams that are making their marks through the opening month. The likes of Drew Timme, Paolo Banchero and Collin Gillespie may be leading their respective teams, but who are the breakout stars raising the ceilings for these top programs?

These players did not receive the same preseason hype as some of their teammates but have quickly asserted themselves as major contributors. (Note: Not all potential title contenders feature a player on this list.)

Wendell Moore was pretty close to a household name heading into this season. He started 29 games for Duke over his first two seasons with the program, averaging close to double figures as a scorer last year. With that said, though, his prior accomplishments pale in comparison to how he has started his junior year. Moore has upped his production across the board, improving in every single statistical category except free-throw shooting:

Moore leads the Blue Devils in points and assists per game while snagging the second-most rebounds. He was a major reason for Duke’s win over Gonzaga as well, posting 20 points, six rebounds, six assists, and six steals. While Duke’s No. 1 ranking will not last following its loss to Ohio State, Moore’s breakout campaign is arguably the top reason why the Blue Devils have emerged as a national title contender.

Paolo Banchero is a stud but he needed a fellow offensive star alongside him. Moore appears to be that dude this season.

Drew Timme and Chet Holmgren were the household names in Spokane heading into this season. One was the preseason favorite to win National Player of the Year while the other was projected to be the No. 1 pick in the NBA Draft. Gonzaga’s biggest ceiling-raiser relative to preseason expectations so far this season, though, has been Julian Strawther. The former Top 100 recruit entered the starting lineup this season following Corey Kispert’s graduation and he has followed in his footsteps.

Strawther brings quality size to the perimeter at 6-7 and has been a reliable deep threat around Gonzaga’s aforementioned frontcourt. He is shooting 17-for-40 (42.5 percent) from three to begin the season and leads the team in made perimeter jumpers. In addition to his sniping, the 6-7 sophomore has been hyper-efficient inside the arc at 22-for-36 (61.1 percent) on 2-point attempts. He ranks 88th nationally in offensive rating and has been a vital part of Gonzaga’s early success.

Strawther is averaging 14 points and 7 rebounds in 27.3 minutes per game. This is a stark improvement from being a deep reserve last season at just 7.4 minutes per contest. He is quickly blossoming into a potential first-round NBA Draft pick. He plays with excellent effort and is a big-time shot-maker.

I wrote about Arizona’s impressive collection of international talent this offseason and how the group could massively exceed expectations. So far, that is exactly what Tommy Lloyd’s group has done. The Wildcats are 6-0 and feature a pair of strong wins over Wichita State and Michigan. Azuolas Tubelis and Bennedict Mathurin are predictably leading the group, but could they be doing so without Kerr Kriisa setting the table? The 6-3 sophomore guard out of Estonia has been a wizard as a playmaker so far this season.

Once previously thought to be more of a combo guard, Kriisa is proving his ability as a passer. Not only is he recording assists on 33 percent of his possessions (51st-best nationally) but he has taken care of the ball extremely well. Kriisa’s 5.33 assist-to-turnover ratio ranks seventh in the country, and tops among players with at least 4.2 assists per game (he is at 5.3).

There is a swagger about his game that thrives in Arizona’s new up-tempo system:

Arizona ranks tops in the entire country in assist rate (73.8 percent) and Kriisa is at the core of how. He is quick off the bounce with an excellent first step and is exceedingly crafty. He’s too good to be called a “glue guy” but does all of the little things for the Wildcats. He is a gnat defensively as well, ranking 327th in steal rate and drawing plenty of charges. Once the 3-pointers start to drop with more consistency, watch out. He is a perfect fit with Tommy Lloyd.

(Christian Koloko has a very strong argument to be on this list as well. He has also upped his game considerably as a breakout star for the Wildcats.)

Baylor entered this season with a three-headed upperclassmen monster of Adam Flagler, Matthew Mayer and James Akinjo. The Bears also added a highly touted recruiting class featuring Kendall Brown and Jeremy Sochan. While those players took the offseason spotlight for the defending national champions, LJ Cryer flew under the radar as a returning sophomore. Cryer played sparingly last season and averaged only 3.4 points per game.

With last year’s three starting guards now departed, Cryer has been lighting it up for head coach Scott Drew so far this season.

He is still mostly coming off the bench but has seen his role increase dramatically. He is playing 62.9 percent of Baylor’s minutes and has asserted himself as the team’s top perimeter shooter. Cryer has a pristine jumper and has made good on 48.7 percent of his 39 3-point attempts so far this season. Cryer’s floor-spacing is an integral part of Baylor’s success as a team that generally dominates the paint. He provides an entirely different dimension for opposing defenses.

Cryer is averaging 14.7 points per game so far this season, tops on the team. He has accounted for 19 of Baylor’s 55 made 3-pointers on the year; the rest of the team is shooting a combined 28.9 percent from three. Flagler was one of the most unsung players in the country last season when coming off the bench behind Jared Butler, Davion Mitchell and MaCio Teague. Now, it’s Cryer’s turn to be that star sixth man in Waco.

Villanova head coach Jay Wright seems to always have a trick up his sleeve. This time around, senior Brandon Slater has been that hidden gem. A former top-60 recruit out of high school, Slater paid his dues for three years in Philadelphia while slowly increasing his role. Now in his fourth season with the program, he is blossoming as a full-time starter. Slater is not only putting up better numbers as a result of an increase in playing time, but he is doing so efficiently:

Six games played is a small sample size, but shooting splits of .739/.458/.905 (2P/3P/FT) while taking at least 3.5 attempts in each area is incredible. He ranks sixth in the entire country in offensive rating so far this season. Villanova ranks third in the nation in adjusted offensive efficiency, and Slater is a major reason why. He aids in the scoring department but his care with the basketball also contributes to Nova ranking third in offensive turnover rate. This team does not beat itself.

The Wildcats already boasted a trio of stars in Collin Gillespie, Justin Moore, and Jermaine Samuels — all of whom will contend for the All-Big East First Team. Slater’s emergence, though, has soothed some of the concerns regarding Villanova’s ceiling. Even with two early losses, Coach Wright’s group is the clear favorite to win the Big East and deserves to be ranked in the top 10.