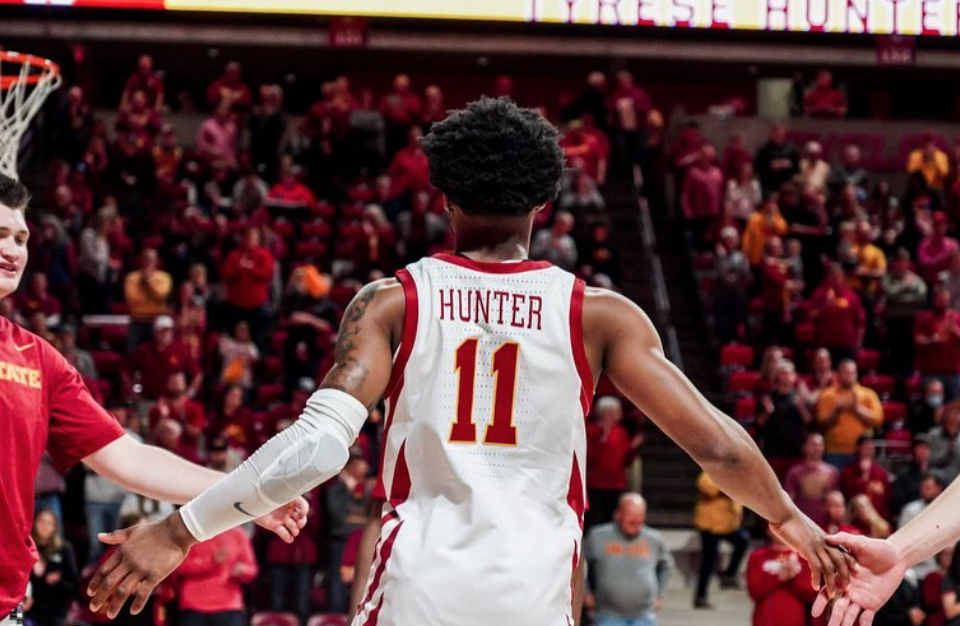 Tyrese Hunter is the latest in a long line of Wisconsin-born Iowa State talents. Find out how he’s led the Cyclones to an explosive start to the season.

Recruiting pipelines usually have a rhyme or reason. Mining for in-state prospects is the most obvious example, but coaches have different backgrounds and connections across the country by virtue of former coaching positions. Iowa State basketball’s remarkable pipeline in Wisconsin is among the most impactful in the country.

Iowa State has combed through Wisconsin’s prospects for the past several years, finding not only some hidden gems but also landing some top-rated players. Tyrese Haliburton – a four-star recruit and now-NBA player from Oshkosh – is the most notable of the Cyclones’ pickups. He is far from the only “Cheesehead” to make the trip to Ames and make a big-time impact, though.

Before that quintet came Diante Garrett (Milwaukee), Korie Lucious (Milwaukee), Scott Christopherson (La Crosse) and Mike Taylor (Milwaukee). Suffice it to say, Iowa State has a long tradition of finding tremendous talents from Wisconsin and developing them into stars.

With Iowa State’s surprising 9-0 start to the 2021-22 season, it’s clear the program once again acquired a steal from the Dairyland State: Tyrese Hunter of Racine.

What the numbers say…

Tyrese Hunter entered this season rated as the No. 37 overall recruit in the 2021 class and the third-highest commit in Iowa State program history. Expectations for him as an individual were high, but the team was still picked to finish dead-last in the Big 12. Instead, the Cyclones remain undefeated and jumped into the AP Top 25. Izaiah Brockington’s emergence as a star certainly plays a big role in their successes, but Hunter has been superb as well.

Hunter leads the team in Bayesian Performance Rating – which is defined as “the ultimate measure of a player’s overall value” – with a 39.0 rating (79th in the country) and Iowa state performs 5.4 points per 100 possessions better with him on the floor compared to without. Although influenced by his overall playing time (28.9 minutes per game), he leads all Cyclones in plus/minus at plus-116 for the season. Perhaps most importantly, he makes every other player in the rotation better when he is on the floor:

What makes Hunter so valuable for the Cyclones is his all-around game. He can impact each contest in so many different ways — on both ends of the floor — and is arguably the team’s MVP thus far. He is Iowa State’s third-leading scorer, best distributor, and deserves far more recognition as one of the nation’s elite on-ball defenders. Let’s dive a bit deeper into his numbers and film through the opening month of his freshman season.

Hunter is a defensive menace

Iowa State has launched out to its impressive start on the back of an elite defense. The Cyclones have already risen to 19th nationally in adjusted defensive efficiency even with some negative preseason expectations baked into that ranking. They hold top-10 rankings in both effective field-goal percentage allowed as well as defensive turnover rate. Head coach T.J. Otzelberger is getting the most out of his team on the end of the floor, plus he has a menace at the point of attack.

Hunter is instinctual defensively and boasts the elite quickness necessary to defend at a high level. He stays in front of his man consistently and plays passing lanes to force turnovers. Defensive statistics always need to be taken with a grain of salt, but Iowa State is 4.1 points per 100 possessions better defensively with Hunter on the floor compared to without. His Defensive Bayesian Performance Rating of 24.2 is by far the best on the team and No. 2 among all freshmen nationwide.

Hunter is displaying a 4.7-percent steal rate that ranks 37th in the country so far this season. He is disruptive on that end and his steals often turn into transition baskets. Here are a few examples of Hunter’s ability:

Hunter not only boasts the physical attributes (quickness, physicality, etc.) needed to be a strong on-ball defender. He also plays with tremendous energy and hustle, consistently working around screens and getting back in transition. Hunter anticipates extremely well, communicates on switches, brings well-timed help defense, and always keeps active hands. He also holds his own when fronting bigger defenders. His defensive play makes it obvious that he is the nephew of Dick Bennett.

Fearlessness is an offensive quality

Tyrese Hunter is Iowa State’s third-leading scorer (11.6 points per game) this season but has shown plenty of flashes of filling it up offensively. His explosive ability was on display early against Xavier, as Hunter netted 11 points and dished two assists in the first 11 minutes of the victory.

The most notable quality about Hunter’s scoring is his fearlessness. He stands at only 6-0 but is unafraid of challenging even some of the best rim-protectors in the country. He plays through contact well and can finish amongst the trees. This is a vital skill for a guard who’s not only capable of putting up great numbers in college but has an NBA future ahead of him as well.

The first few clips below highlight Hunter taking on Memphis’ Jalen Duren (14.5 percent block rate), Creighton’s Ryan Kalkbrenner (11.1 percent) and Xavier’s Jack Nunge (9.0 percent) on finishes at the rim. All three are highly regarded rim-protectors. The rest of the highlights also showcase his ability to use his quickness and finishing ability for buckets.

Hunter is 23-for-43 on at-the-rim field-goal attempts this season:

Moving outside of the lane, Hunter has not shot the ball exceptionally well to begin this season. Statistically, he is connecting on only 23.8 percent of his mid-range jumpers and 23.1 percent of his 3-pointers. Over half of his total shot attempts are from those areas as well, so this is a noticeable area for improvement. Yet, he has shown the ability to hit critical shots.

A continued improvement as a shooter will go a long way. He is already incredibly quick with the ball in his hands and has major self-creation potential as a result.

Iowa State lacks the self-creating scorers that some of the other top teams in the country have at their disposal. With that said, most of the Cyclones’ offense is generated via passes. In fact, 57 percent of Iowa State’s made field goals this season have come off assists, a rate that ranks 59th in the country. Tyrese Hunter is the team’s top creator and his value is evident in how much the Cyclones need his playmaking.

The freshman guard is exhibiting a 34.5 assist rate this season that ranks 40th in the entire nation. His consistency as a playmaker is impossible to overlook; Hunter has dished at least five assists in eight of Iowa State’s nine games so far this season. The Cyclones can count on him to create buckets for his teammates every single night out. Additionally, he is taking care of the ball relatively well for a freshman as well with a 1.96 assist-to-turnover ratio.

He uses his elite-level quickness and ball-handling to consistently probe the inside and draw defenders. From there, his high basketball IQ once again emerges when he looks to find the open man. Hunter’s ability as a pick-and-roll ball-handler only raises his NBA profile.

Even without being the leading scorer, Hunter is responsible for a huge chunk of Iowa State’s points scored. His combination of individual scoring and creation are invaluable.

Iowa State has been awesome to begin this season and Tyrese Hunter has been a major why. He is playing at such a high level and makes his impact felt in just about every facet. Hunter defends exceptionally well at the point of attack, can step up as a scorer when necessary, and keeps the ball moving side-to-side offensively with his playmaking. He is more than living up to the hype of a top-50 recruit and Cyclones are set to massively overachieve their low preseason expectations.

Remember when Tyrese Haliburton turned heads as a freshman at Iowa State before declaring for the NBA Draft after his sophomore season with a clear lottery projection? We might have those same conversations about Hunter a year from now. The Wisconsin-to-Iowa State pipeline is strong, and it will continue so long as the Cyclones keep churning out NBA-caliber talent.