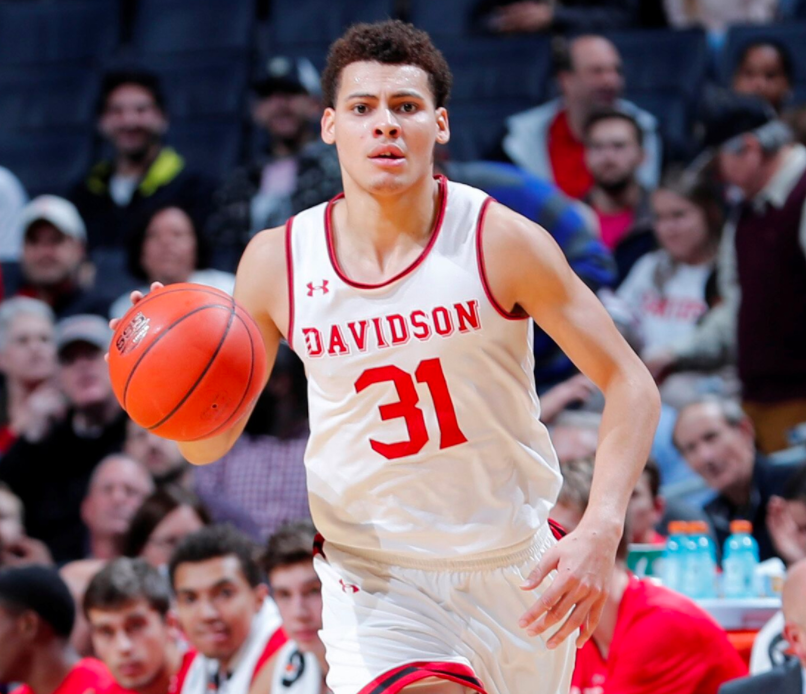 Kentucky Basketball: Was Kellan Grady the perfect fit for Kentucky?

Breaking down Davidson transfer Kellan Grady‘s fit within the Kentucky Wildcats lineup for 2021-22.

On March 29, news became public that Davidson transfer Kellan Grady had committed to Kentucky. This was one of the first pieces to fall in the transfer portal and it was a big splash for a Kentucky team coming off a 9-16 record and an 8-9, 8th place finish in the SEC.

Let’s take a look at what Kellan Grady will bring to Big Blue Nation.

Kellan Grady is one of seven newcomers — four transfers and three freshmen — Kentucky brought in this offseason. Grady will begin the season as Div. 1’s No. 2 active career scoring leader with 2,002 points.

Change needed to come, and John Calipari realized it. He addressed his team issues by dipping into the transfer portal, a type of recruiting that is quickly becoming a trend in college basketball. According to Verbal Commits, 694 players entered the transfer portal in 2019, jumping to 1,017 in 2020, and now 1,746 players in 2021; Calipari adapted, moving away from the one-and-done model and got older with his roster.

Calipari retooled the entire Kentucky roster, as he only brings back two of his top seven scorers and only five total players who played in more than two games last season. The first transfer Calipari went out and got was a 23-year-old wing from Stephen Curry’s alma mater — Davidson — who is currently the No. 2 active leading scorer in Div. 1 basketball. How is that for a splash? For his career, Grady has won 74 games and averaged 17.4 points while shooting 47.2 percent from the field.

As a team, last season Kentucky finished 12th in SEC play in field goal percentage at 41.8 percent. The Wildcats only had two players, who played in 10 or more games last season and shot over 45 percent from the field in Isaiah Jackson and Olivier Sarr, neither of whom will return. Grady addresses this issue as he is a career 47.2-percent shooter from the field on 13.5 shots per game. In fact, in all of the SEC last season, no player averaged 17.1 or more points while shooting 47.1 percent or higher from the field as Grady did last season. Not only does he score a lot, but he also does so at an efficient clip.

Kentucky finished 10th in SEC play last season in turnovers at 13.7 per game. Grady finished last year averaging 1.6 turnovers per game. Last season in the SEC, only Cam Thomas played in 22 games and averaged 1.7 turnovers or fewer and had a usage rate of 26 or better like Grady. When you look at Grady’s 2.4 assists per game, and add it to his turnovers and usage, Grady was the only player in the country to play at least 22 games and average 2.4 or more assists, 1.7 or fewer turnovers with a usage rate of 26 or higher. Grady addresses the team’s turnover needs.

While Kentucky finished 3rd in SEC play on 3-point field goal percentage at 36.2 percent, the Wildcats were next to last in attempts at just 19.4 threes per game. Grady is a noted three-point marksman. He joined VCU’s Nah’Shon Hyland as the only players in the Atlantic 10 Conference to make 58 or more threes on the season at a 38.2-percent clip or better. In the SEC, only Moses Moody, Cam Thomas, Jaden Shackelford and John Petty accomplished the type of shooting success Grady had last season.

Calipari and Kentucky would like to put last year behind them. He shifted his recruiting philosophy and went into the portal to bring in experienced players to address specific issues. If you follow the numbers, Kellan Grady’s strengths fall right in line with where Kentucky struggled last season.

Grady and Fredrick bring much-needed shooting and shot creation to the team as both players walk onto campus as the top shooters on the roster. Sahvir Wheeler is small, but he is a quick-on-quick point guard who gets into the paint and makes plays with the utmost confidence. Super Senior Davion Mintz will provide a steady hand and leadership. Watch out for how quickly freshman TyTy Washington adapts to the college game and for the improvement junior Jacob Toppin, both could find their way fighting for starter minutes sooner rather than later.