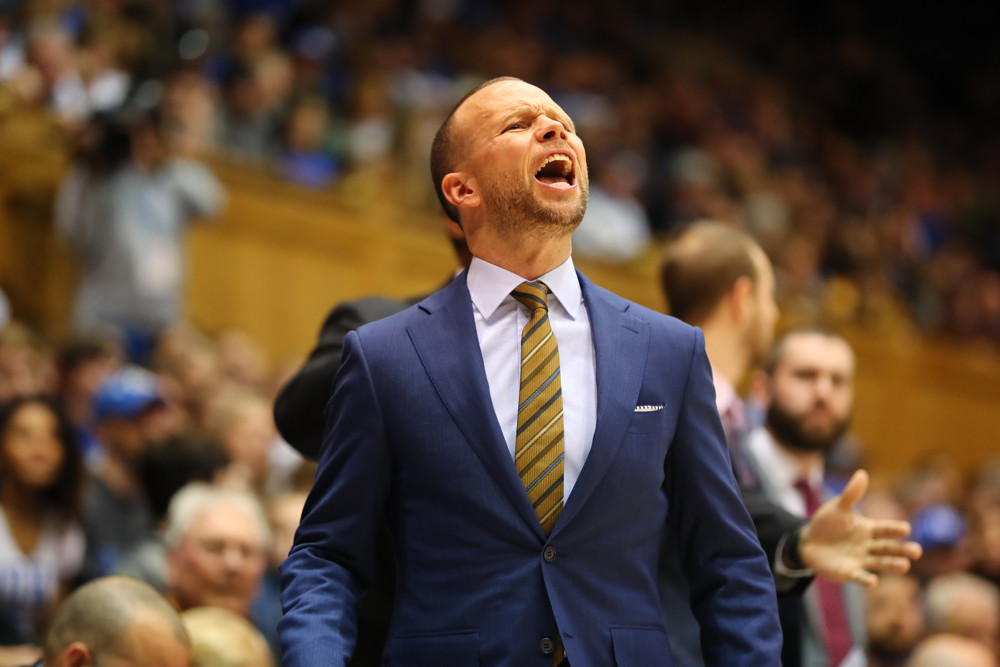 Which lowly seeded teams are the most likely to make a long run in the NCAA Tournament? Here are the potential Cinderella teams of March Madness.

Upsets are the lifeblood of the first weekend of March Madness. We love dissecting matchups and determining which mid-major will knock off their higher-seeded power conference foe, thereby making us look smart in our NCAA Tournament bracket pools (speaking of, here are the eight upsets I’m picking).

While upsets are nice, we only really truly remember the Cinderella stories — the lower-seeded teams that manage to pull off multiple upsets on their way to long tournament runs. We all remember when George Mason made the Final Four back in 2006, or when VCU did the same in 2011. Stephen Curry became a star when he led Davidson to the Elite Eight in 2008, and it was only eight years ago when No. 15 seed Florida Gulf Coast made the Sweet 16.

Heck, it has only been two years and one tournament since No. 11 seed Loyola-Chicago went all the way to the Final Four, and some think they have the potential to do it again.

I do not see history repeating itself for the Ramblers, but there are a few teams I think can pull off multiple upsets over the next couple of weeks. Below are the three most likely Cinderellas for the 2021 NCAA Tournament.

I’ve been calling Winthrop the least-talked about 23-1 team in NCAA history. A very limited nonconference schedule kept the Eagles from opportunities to elevate their national profile (although they did beat UNC Greensboro) before absolutely rolling through their Big South slate, so this group’s dominance is still a bit unheralded. I fully expect that to change once the Eagles take the floor this weekend.

This team does just about everything well. Winthrop is an excellent rebounding team (top 12 nationally in both offensive and defensive rebound rate) and they have the size to match up against other power-conference teams. The Eagles play at a fast pace (11th) and use their stingy defense to force turnovers (23rd in turnover rate). If they don’t force a turnover, head coach Pat Kelsey’s squad makes their opponent work for their points. Breakdowns simply aren’t there. Opponents play at the 49th-slowest tempo against their defense partially because of how Winthrop forces isolation shots (bottom 20 in assists allowed).

The Eagles also have all the typical ingredients of a Cinderella team. They’re deep, experienced (top 20 in both metrics), and have great guard play in senior Chandler Vaudrin, who leads the nation in triple-doubles and is also one of the players who will shape the NCAA Tournament. Tennessee transfer D.J. Burns is also a dominant big man who feasts on opponents in the paint.

Don’t forget that Winthrop has a relatively solid path to the second weekend, too. Their first round opponent, Villanova, isn’t at full strength and hasn’t won since star Collin Gillespie was lost for the season two weeks ago. The Eagles also have the personnel to matchup with Purdue in a potential second round showdown thanks to Burns, who would go up against Trevion Williams.

This is a team that can win a couple of games. If they can avoid Baylor, the Eagles could possibly win even more.

Head coach Jeff Boals’ squad nearly upset Illinois back on Nov. 27 — the Illini won 77-75 thanks to a late foul call — and have found their groove again after struggling at the start of conference play. Ohio has won nine of their last 10 games behind a top 30 offense that put up at least 81 points in eight of those 10 games.

Jason Preston also has the potential to turn into the darling of this NCAA Tournament. The 6-4 junior is a national superstar in the making and plays his best in big moments. He outplayed Ayo Dosunmu in that game against Illinois (31 points, eight assists, six rebounds) and averaged 22.3 points, 5.3 assists, and 5 rebounds per game in the MAC Tournament. If you’re looking for a single mid-major player to take over the tournament’s first weekend like Stephen Curry did in 2008, this is your guy.

There’s also a pretty good path in front of the Bobcats. They are matched up in the first round with a Virginia team that struggles to score — the Cavaliers only scored 70 points once in the last month — and likely won’t have their full roster available due to COVID-19 protocols. Their pod also consists of a favorable 12-over-5 upset, so there’s a real possibility Ohio would face UC Santa Barbara in the second round. I’m picking the Bobcats to make the Sweet 16.

Admittedly, Winthrop and Ohio are the only two teams seeded lower than No. 4 that I have making the Sweet 16 or beyond. But if one team is going to break through and potentially be this year’s surprise Elite Eight or Final Four team, it’s the Bonnies.

This is a group that has passed the season’s major tests, winning both the A-10 regular season and tournament titles behind the strength of their defense. Head coach Mark Schmidt’s squad is top 20 in the country in both adjusted defensive efficiency and effective field goal percentage defense, and they are anchored by one of the nation’s top shot blockers in Osun Osunniyi (21st in block rate). Their offense is solid, too, ranking 38th in adjusted offensive efficiency with a pair of knockdown shooters in Jaren Holmes and Dominick Welch.

And then there’s the path. No 8-9 game is going to be easy, and St. Bonaventure did get a really tough draw against a good LSU team. The Tigers are an excellent offensive team but are an equally bad defensive one, too. Given how good the Bonnies are defensively, they should limit LSU without really being limited themselves.

Advance and they would likely face a Michigan team that could still be without their most important player in Isaiah Livers. The Wolverines have lost three of their last five games, too. If they pull that upset, suddenly their road becomes much, much easier with a Sweet 16 game against either Colorado or Florida State, two very flawed teams.

Considering the way St. Bonaventure has rolled through the A-10 this season and how good they are defensively, the potential for a long run is there.