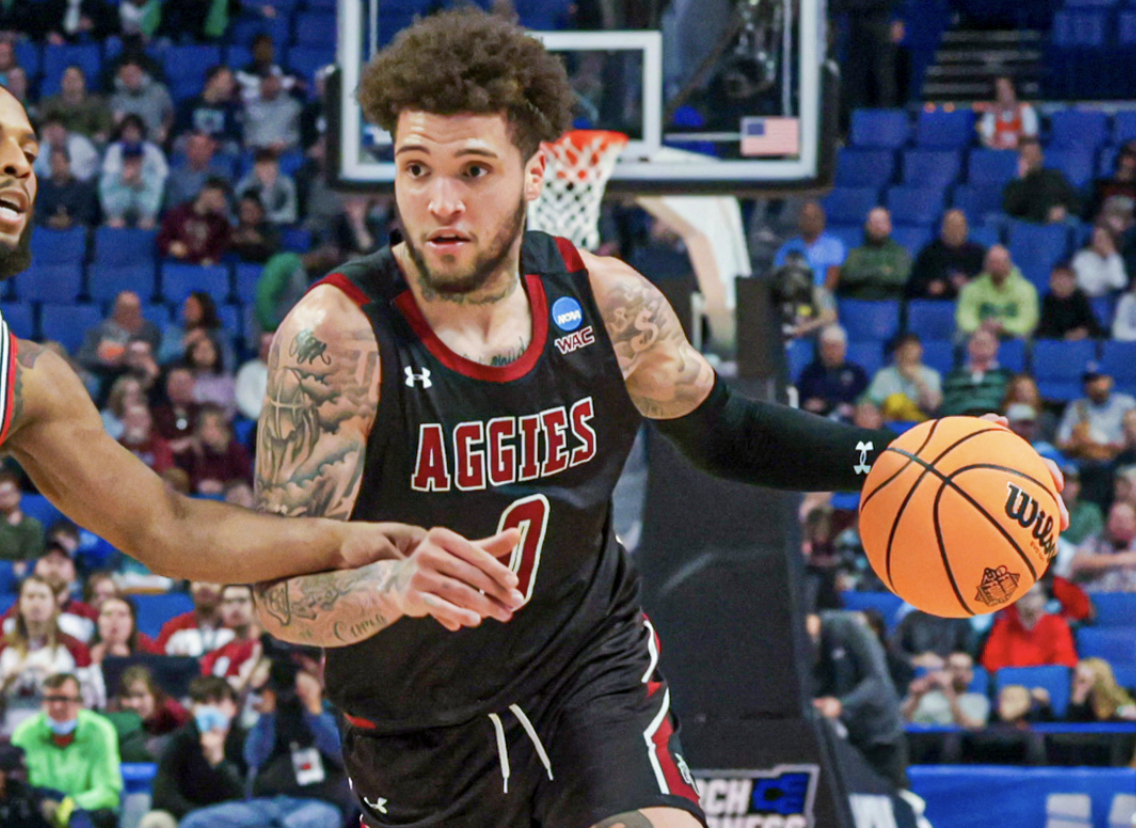 Check out the winners and losers of the March Madness first round, including Saint Peter’s Shaheen Holloway and the Big 12’s dominance.

The first round of the 2022 NCAA Tournament is complete as the tournament field has been cut in half to 32 teams.

As always, the madness of March once again provided thrilling upsets and close finishes. With that, let’s take a look at the biggest winners and losers from the first round of March Madness.

The best coaching job of the first round easily goes to Saint Peter’s Shaheen Holloway, who led the Peacocks to a stunning overtime win over Kentucky on Thursday.

It’s possibly the largest upset in NCAA Tournament history through a financial lens. Saint Peter’s has one of Division-I’s smallest budgets while Kentucky has … well, quite the opposite.

As highlighted by the great Jordan Sperber below, Holloway ran tremendous sets to carve up the Kentucky defense, tallying 85 points on just 75 possessions. It was the fourth-highest points-per-possession mark recorded against Kentucky all season.

The Peacocks take on Murray State on Saturday in hopes of becoming the second 15-seed to reach the Sweet 16 in as many years.

Every year, bracket pickers fall in love with teams that are “getting hot at the right time.”

This year, Iowa came into the tournament as winners of 12 of its last 14 contents, highlighted by a Big Ten Tournament crown. Virginia Tech also played its best ball at the end of the regular season, securing four wins in four days to upset Duke in the ACC Tournament championship.

Like last year’s Big Ten and ACC Tournament champions in Illinois and Georgia Tech, both teams went home before the second weekend. The Hawkeyes surrounded an 11-0 run right after one of their own as Richmond never looked back. Virginia Tech, meanwhile, wilted late against Texas by allowing the Longhorns to score 31 points over the final 13 minutes.

No conference was as dominant during the first round as the Big 12. Finishing the regular season as easily the best conference in basketball, per KenPom, the Big 12 is a perfect 6-0 so far in the tournament.

After a breakout regular season, the Mountain West put up a goose egg in this year’s tournament. Wyoming lost to Indiana in the First Four while Boise State, San Diego State and Colorado State couldn’t get it done in the first round.

Not only did the league’s four representatives suffer defeats, but they did so in excruciating fashion. Wyoming had its second-worst offensive showing of the year with elite passer Hunter Maldonado coughing up 10 turnovers.

The other three losses were games of runs. San Diego State led Creighton by 14 and by 9 with less than three minutes to play and Colorado State led Michigan by 15. Meanwhile, Boise State fell behind 40-21 and then cut the lead to 6 late before the eventual loss. The Mountain West is now 3-12 in first-round March Madness games since 2014.

It was an awesome couple days for the superstars of mid-major teams. No player made a bigger statement than New Mexico State’s Teddy Allen, who racked up 37 points with key buckets down the stretch in the Aggies’ upset win over UConn.

The other 12-seed victory was led by Richmond’s Jacob Gilyard, who kept the momentum going from his A10 Tournament performance with a 24-point, 6-assist outburst against Iowa. Logan Johnson also led Saint Mary’s to a dominant victory over Indiana by scoring 20 points in the 29-point win while San Francisco’s Jamaree Bouyea had a 36-point showing and a handful of jaw-dropping shots in the hard-fought loss to Murray State.

The most common upset picks couldn’t get it done during the first round. Loyola Chicago (48.5 percent of ESPN bracket selections), South Dakota State (31.2 percent), Vermont (23.3 percent), UAB (19.8 percent) and Chattanooga (16.6 percent) all went down with Chattanooga being the only one of the four that showed much resistance.

The first round wasn’t without upsets, though. A 15-seed (Saint Peter’s) and two 12-seeds (Richmond and New Mexico State) pulled off stunners, marking the fourth consecutive NCAA Tournament with at least three teams seeded 12th or worse winning a first-round game.

Winner: Coach of the Year candidates

What do Providence’s Ed Cooley, Auburn’s Bruce Pearl, Arizona’s Tommy Lloyd, Texas Tech’s Mark Adams and Houston’s Kelvin Sampson all have in common? Each of them are Coach of the Year candidates and each of them are advancing to the second round.

Both Cooley and Sampson shooed off popular upset candidates in South Dakota State and Chattanooga while Lloyd, Pearl and Adams led their teams to dominant victories. This group of coaches isn’t making the Coach of the Year ballot any easier.