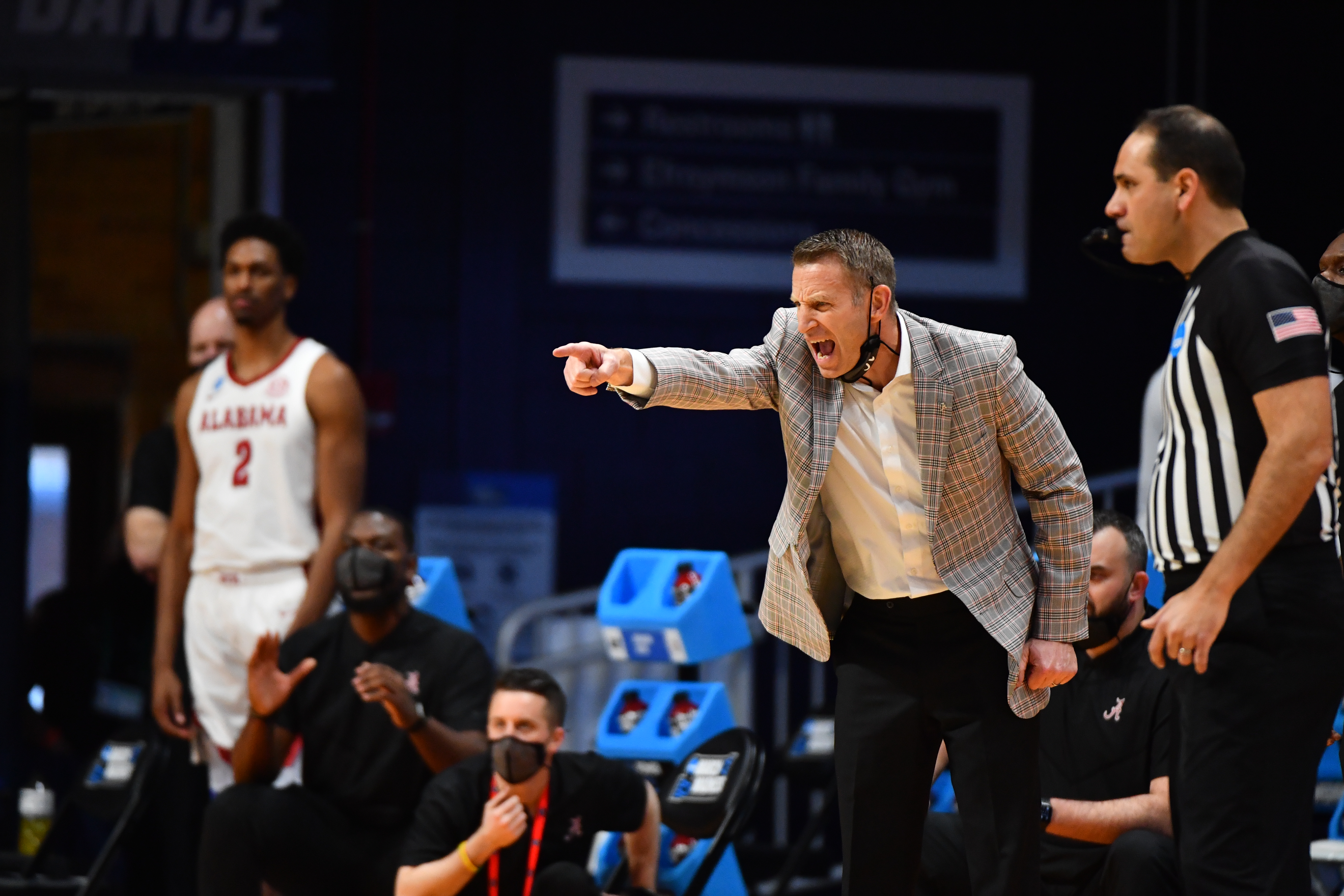 Check out everything you need to know about the final eight games of the March Madness second round.

We will see at least another double-digit seed join the fold when No. 14 Abilene Christian takes on No. 11 UCLA on Monday. If No. 13 Ohio and No. 10 Maryland also secure victories, six of the final 16 teams in the field will be double-digit seeds.

Oregon hasn’t played in 10 days after losing in the Pac-12 semifinals and having its opening-round matchup against VCU canceled due to COVID-19 protocols. Dana Altman’s squad has a tall task of trying to slow down Luka Garza and the Hawkeyes in the first game of the day. Both teams are top 15 in offensive efficiency and outside the top 50 in defensive efficiency.

Oklahoma is next in trying to slow down Gonzaga and its undefeated run. The Bulldogs dismantled Norfolk State in the first round and will have a steep increase in resistance vs. the Sooners. Only three players recorded multiple made baskets in Oklahoma’s first-round win against Missouri. Austin Reaves, Elijah Harkless and Brady Manek will carry a sizable workload once again.

Can Abilene Christian do it again? Joe Golding’s squad and its hard-nosed defense will take on a Bruins team that has looked strong offensively of late, particularly due to the contributions from Jaime Jaquez. Through two tournament games, Jaquez has tallied a whopping 54 points off 36 field-goal attempts. Abilene Christian, meanwhile, shot worse than 40 percent from the floor and still beat Texas in Round 1. This is a fun strength-on-strength matchup.

It doesn’t get much better than Ohio’s Jason Preston vs. Creighton’s Marcus Zegarowski. The Bobcats are looking to make a return trip to the Sweet 16 after pulling off the same feat in 2012, the program’s most recent NCAA Tournament appearance. Both teams can really score the basketball, ranking top 30 in offensive efficiency and top 15 in 2-point field-goal percentage. This one could be closer than the seeds might indicate.

LSU took care of 9th-seeded Saint Bonaventure with ease in Round 1 in a game that was expected to be far more competitive. Tigers freshman Cam Thomas was tremendous, finishing with 27 points to pace Will Wade’s squad. For LSU to beat Michigan, though, LSU will need plenty of help from Thomas’ supporting cast. Forward Trendon Watford could play a pivotal role, especially if he draws the bulk of the defensive assignments against Wolverines big man Hunter Dickinson.

Colorado obliterated 12th-seeded Georgetown on Saturday and is now set to take on ACC runner-up Florida State, which took plenty of bruises away from its 64-54 victory against UNCG. Shockingly, the Seminoles were still able to take down UNCG while going 0-of-9 from 3-point range, a remarkable feat for the nation’s 12th overall 3-point shooting team at 38.3 percent. On the other hand, Colorado was 16-25 from deep against Georgetown, including a perfect 5-of-5 from Jabari Walker. The perimeter game could play a huge role in determining Monday’s winner between two balanced squads.

Maryland spoiled UConn’s return to the NCAA Tournament as a Big East member with an impressive performance against the Huskies, leading by as many as 14 with 23 points from Eric Ayala. Meanwhile, Alabama had a tough test against Rick Pitino’s Iona Gaels, leading 49-46 with under nine minutes to play on Friday. The Tide will do its best to chase Maryland off the 3-point line where the Terps try 43 percent of their total field-goal attempts.

As of the time of this writing, Vegas is rolling with the lower-seeded Trojans in this one. USC’s Evan Mobley has a physical battle coming up against Kansas big man David McCormack, a matchup that could ultimately decide the winner. The Jayhawks will have their hands full trying to score against a USC defense known for blocking and contesting shot attempts and ranking among the nation’s leaders in defensive efficiency.