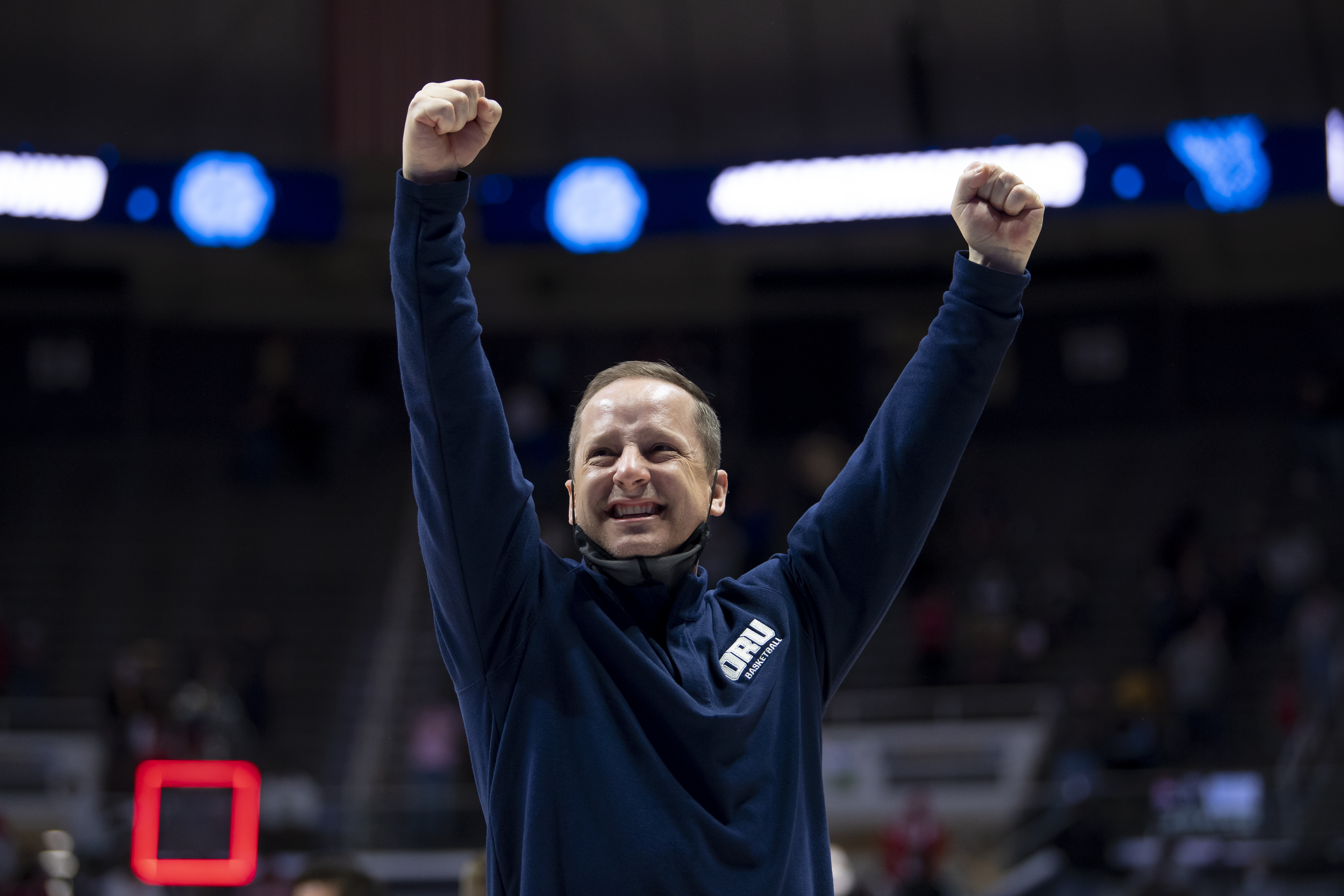 When Oral Roberts was slotted on the 15-seed line opposite of Big Ten runner-up Ohio State during Sunday’s bracket reveal, it would have been natural to dismiss the Golden Eagles.

ORU owned an 11-10 record less than a month before Friday’s first-round March Madness game, needing a late push just for one of the Summit League’s top four tournament seeds.

The 2020-21 Oral Roberts men’s basketball team is now part of NCAA Tournament history. The Golden Eagles became the ninth No. 15 seed ever to beat a No. 2 seed, recording the program’s first March Madness win in 47 years with a 75-72 overtime victory.

“It’s only just a number at the end of the day,” Oral Roberts forward Kevin Obanor said when asked about the improbable upset as a No. 15 seed. “We put our shoes on just as the other team puts their shoes on so we just had that mindset.”