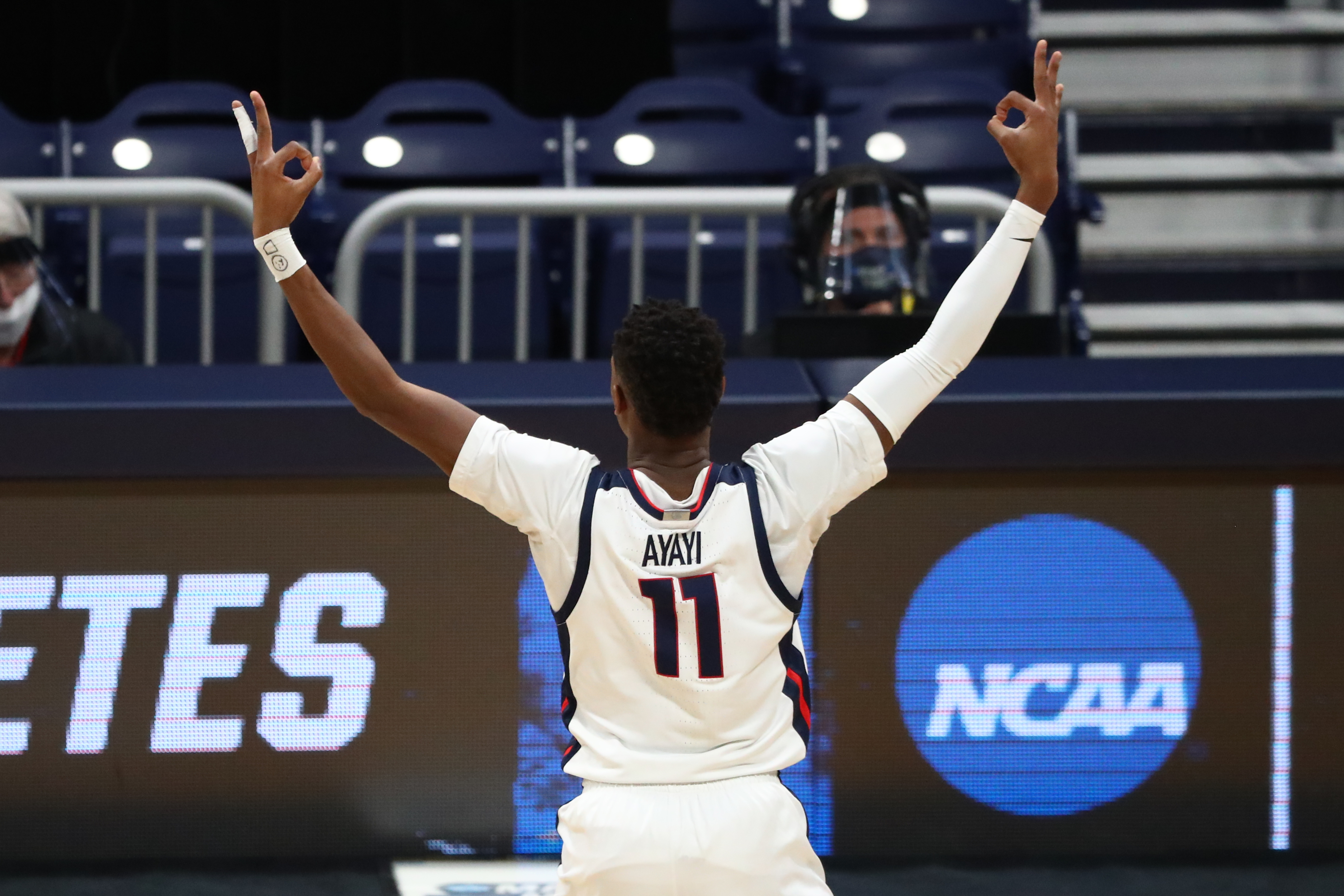 Check out everything you need to know about the second half of the Sweet 16.

Just four slots remain available for the 2021 Elite Eight as Sunday’s action features a handful of quality matchups that will shape the rest of the tournament.

Gonzaga looks to continue its undefeated run, Florida State and Michigan tangle, UCLA aims to join Oregon State as a double-digit Pac-12 Elite Eight team, and the nightcap is a Pac-12 battle between Oregon and USC. Check out everything you need to know about Sunday’s games below.

This is where Gonzaga’s mission towards a national championship truly begins. The Bulldogs cruised through the regular season and handled its first-weekend matchups with relative ease. From here on out, Mark Few’s squad will face nothing but capable teams that could pull off an upset.

Creighton is one of the best shooting teams still in the field and Gonzaga will have to be locked in on the perimeter to prevent quality 3-point looks from Bluejays snipers like Marcus Zegarowski or Mitch Ballock. Forward Christian Bishop will have to play the game of his life or receive plenty of help in order to prevent Gonzaga from feasting around the rim.

Could Florida State put an end to Michigan’s dream season? The Wolverines have looked fairly strong through their first two tournament games despite the absence of Isaiah Livers. But the Seminoles could present some mismatch problems and certainly have the length and athleticism to match up with UM big Hunter Dickinson, which many teams haven’t had the answer to this season.

FSU’s biggest liability is its turnover issues. Fortunately for the Seminoles, Michigan ranks 337th nationally in defensive turnover rate, allowing Florida State to settle into a rhythm and find quality looks on the offensive end. A couple defensive stops could be the difference.

Already with three tournament wins under their belt, the UCLA Bruins head into their Sweet 16 matchups vs. Alabama with plenty of momentum. UCLA knocked off Michigan State in the First Four, BYU in the first round, and then Abilene Christian in the second round to advance and play the Crimson Tide.

Will Mick Cronin’s squad be able to get enough stops to pull off the upset? Alabama unloaded from 3-point range against Maryland, knocking down 16 of its 33 attempts from deep in a 96-point offensive showcase. Nate Oats’ third-ranked defense will likely have better luck stopping Johnny Juzang than UCLA’s previous opponents. The Kentucky transfer has 67 points in three appearances in this tournament.

Sunday’s nightcap is a battle of Pac-12 squads looking to secure an Elite Eight ticket. Oregon comes in having advanced past VCU in the first round due to COVID-19 protocols before proving its worth by dismantling No. 2 seed Iowa in the second round. The Ducks were hitting on all cylinders, tallying 95 points on 75 possessions and flexing their undeniable athleticism and physicality against the Hawkeyes.

Oregon now meets USC, which is fresh off dealing Kansas its worst NCAA Tournament defeat ever in a 85-51 rout last Monday. Five different Trojans finished in double figures as offensive balance has led the way for this team of late. Like most teams, Oregon will have to find an answer against USC big man Evan Mobley. Forcing other Trojan plays to score and make plays will be key, and USC guards like Tajh Eaddy and Isaiah White will need to step up to take the pressure off Mobley.