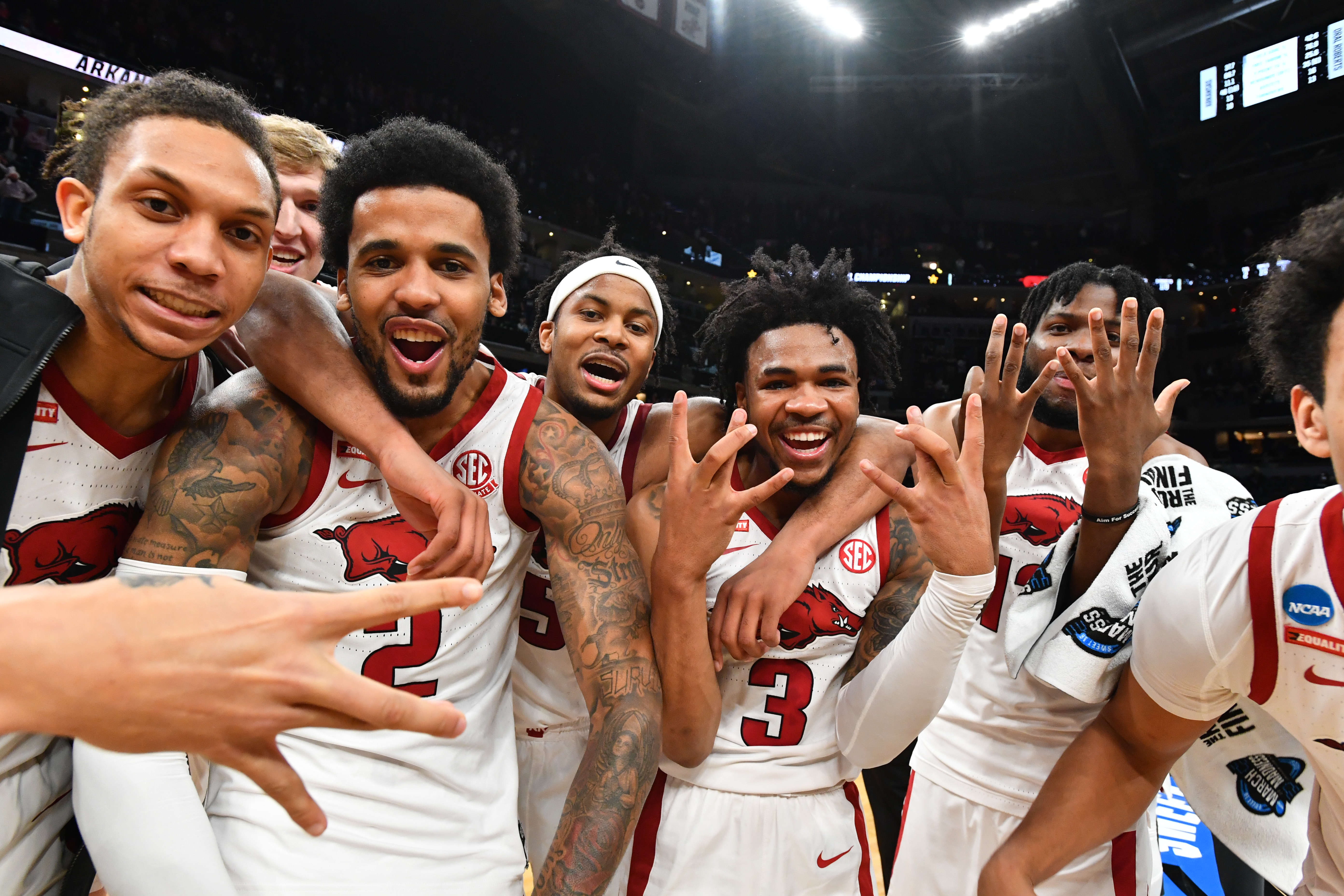 Check out everything you need to know about Monday’s Elite Eight matchups.

Three of the eight squads hail from the Pac-12 as the conference has assembled its strongest NCAA Tournament performance to date. Oregon State will lead things off Monday against Houston in hopes of reaching the Final Four for the first time since 1963 and the conference’s first appearance since Oregon in 2017.

The Beavers will look to continue their recent tear of six consecutive wins dating back to the Pac-12 quarterfinal overtime game against fellow Elite Eight team UCLA. Wayne Tinkle’s team has been led by senior guard Ethan Thompson, scoring a combined 48 points over the last two games against Oklahoma State and Loyola Chicago.

Oregon State will need to lock up the defensive boards to knock off Houston. The Cougars are rebounding nearly 40 percent of their misses on the year, good for the second-best rate nationally. OSU, meanwhile, is 228th in defensive rebounding percentage. Points could be hard to come by Monday night between these two teams, and extra possessions could go a long way in determining the winner.

Can anyone stop Baylor? The Bears have responded from their February COVID pause to again look like one of the best teams in college basketball. Baylor has double-digit victories over Hartford, Wisconsin and Villanova to advance to the Elite Eight.

On the opposite end, Eric Musselman and Arkansas have 12 wins in their last 13 games. If the Razorbacks fall behind early, don’t expect this team to lose its composure. Arkansas trailed Colgate by 14, Texas Tech by 10 and Oral Roberts by 12 in its tournament wins. Baylor is a different animal, though, and Arkansas will have to be on its ‘A’ game to knock off the No. 1 seed.