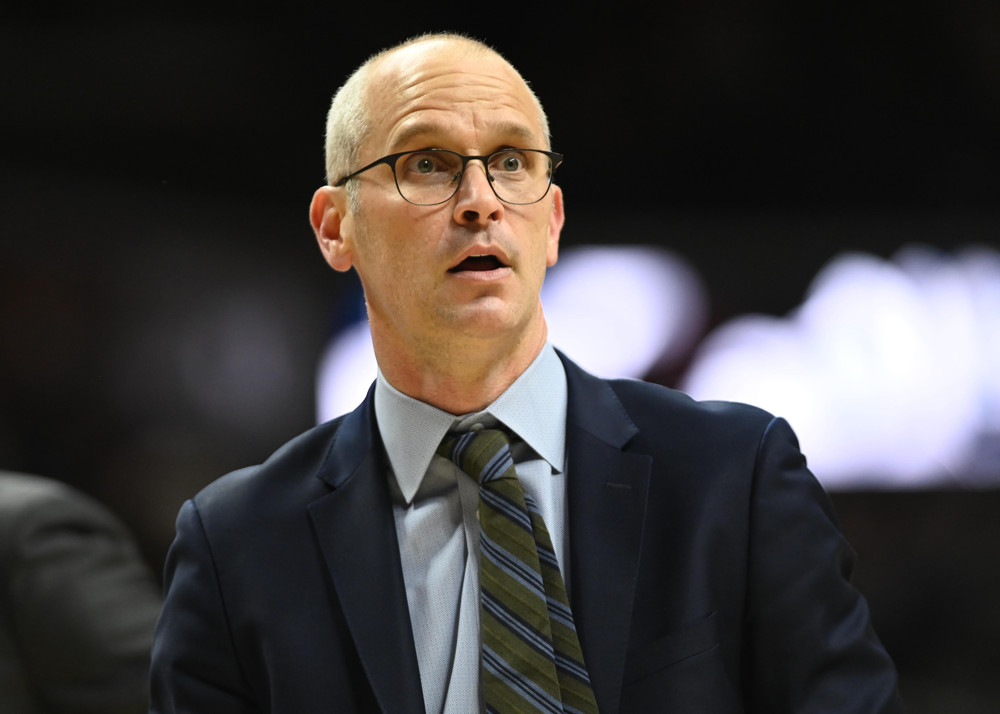 NCAA Basketball: Bracketology takeaways from the opening two months of 2022-23

Lukas Harkins provides the biggest bracketology-related takeaways from the first two months of the college basketball season, including mid-major tournament hopefuls and teams looking to enter the picture.

Allow me to be the first to say — that is, before my Twitter mentions explode — that it is still too early for bracketology. Data points are still limited two months into the season and analytics are still sorting things out. However, all six teamsheet metrics (NET, KPI, SOR, BPI, KenPom, and Sagarin) are in full swing.

There is a lot of season left, and to say that we have any idea what will happen from here would be dishonest. Nobody knows. I’m not Nostradamus, nor is anyone else in the bracketology community — especially not in early January.

For what it’s worth, though, I released my first in-season bracket on Jan. 7 last season. Of the top 48 teams (excluding mid-major auto-bids) in that snapshot, 40 earned NCAA Tournament bids in March — 31 within two seed lines of their finishing point and nine exactly on their eventual seed line.

Teams burst onto the scene late or flounder after hot starts, but the first two months of the season can tell quite a bit about which teams may contend for bids. As such, it might be worth a gander into the metrics to determine a “starting point” for bracketology leading into conference play.

You can find my first in-season bracket at the link below. In this piece, I will outline some key takeaways that jumped out to me during the bracketing process.

This season could be history-making…

No conference has ever placed more than 70 percent of its teams into an NCAA Tournament field. And while it is still early, and we seemingly talk about this every year, that record could be on the brink of being broken. Two leagues – the Big Ten and Big 12 – are legitimate threats to send over 70 percent of their teams to the Big Dance this season. Depending on the bracketologist you follow, they likely have one projected to do so.

The Big Ten earned 10 bids during my initial bracketology field on Tuesday. That would account for 71.4 percent of the teams in the conference.

My bracketology field projects the Big 12 to tie the current record with seven projected NCAA Tournament teams; Oklahoma, a potential eighth bid of the 10-team league, sits as the first team out. With Oklahoma State and Texas Tech also in the mix, every team in the Big 12 is under consideration for the NCAA Tournament in early January. Nine Big 12 schools are in the NET top 50, with all 10 in the top 60.

The Big Ten and Big 12 threaten to break the current record.

… and not just for the high-majors

Bryant and Longwood made history last season by each earning their first-ever NCAA Tournament bids. As we look ahead to this season’s March Madness, a few mid-majors are in a position to follow in those footsteps.

Early in the conference season, my bracketology awards mid-major auto-bids based on the intra-league rankings across a weighted combination of metrics used by the selection committee. UMass Lowell, Youngstown State, Grambling, and SIU Edwardsville all currently lead their respective conferences in that weighted average – none have ever reached the NCAA Tournament.

There are a few others also looking to stay in the hunt. Fort Wayne could contend with Youngstown State in the Horizon League for its first trip; Kennesaw State and Stetson appear capable of threatening Liberty in the ASUN; Army can challenge Colgate in the Patriot; and Utah Valley has jumped out to a 4-0 start in WAC play.