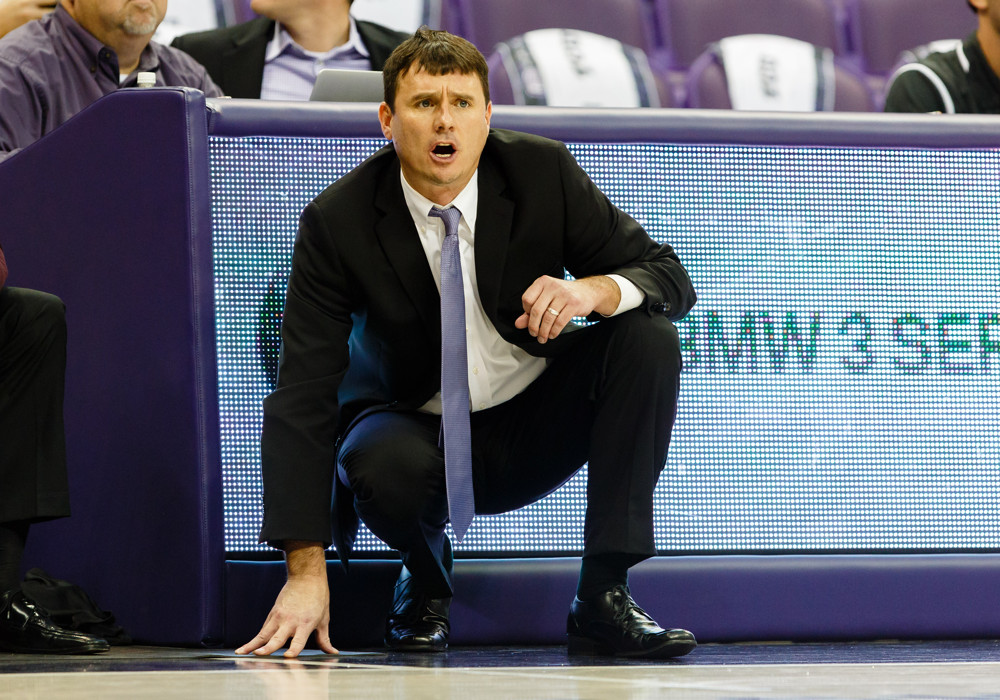 New Mexico and head coach Paul Weir have mutually agreed to part ways after the conclusion of the season, according to Albuquerque Journal‘s Geoff Grammer.

Weir, 41, is in the fourth year of his six-year contract and is 86-67 overall with the Lobos. UNM is just 6-14 this season and will finish the year without playing a home game due to local COVID-19 protocols that forced the team out of the state.

“Paul and I agree that a change of leadership in our men’s basketball program is in our best interest at this time,” athletic director Eddie Nunez said. “While this year has certainly been challenging for Coach Weir, his staff, and our student-athletes, after evaluating the overall program, it is the appropriate time for a new beginning. I want to thank Paul and his family for their commitment and service to New Mexico and we wish them the very best in the future.”

Despite its recent struggles, the New Mexico program is still one of the prominent jobs out west. Below are key names to keep an eye on who could potentially fill the vacancy.

New Mexico could do a lot worse than bringing back the coach who led the Lobos to six consecutive years of at least 22 wins and three NCAA Tournament tickets. Prying Alford from conference foe Nevada, however, figures to be the primary obstacle. Alford has potentially a fringe top-25 team next season and he signed a massive 10-year deal with the Wolf Pack back in 2019.

Should Iowa State move on from Prohm after the season, UNM would be wise to pick up the phone. Prohm guided the Cyclones to three tournament appearances in his first four years prior to the tenure’s recent souring. Before taking the Iowa State job, Prohm had a successful four-year run with Murray State, leading the Racers to a 31-win season and NCAA Tournament win behind All-American guard Isaiah Canaan.

Miles used positive momentum in the MWC as Colorado State’s head coach to accept the Nebraska lead job in 2012. He was named 2014 Big Ten coach of the year, sending the Huskers to their first March Madness appearance since 1998. Currently serving as an analyst on the Big Ten Network and with Fox Sports, Miles’ name has gained steam since his ousting in 2019. If he has an itch to get back into coaching, Albuquerque could be a great landing spot for both parties.

Martin’s South Carolina tenure has been an unusual one. Barring an absolute miracle, the Gamecocks will miss the NCAA Tournament for eighth time in nine years under Martin. Of course, the only exception is when South Carolina entered the 2017 dance as a No. 7 seed and stunned the nation with the program’s first Final Four. Martin already has ties with UNM as he coached Lobos athletic director Eddie Nunez in Miami when Nunez was in high school.

Stoudamire, a former NBA star, could also get a look during New Mexico’s search. The former Memphis and Arizona assistant led the Tigers to a 23-win campaign in 2020, which translated to Stoudamire being named the WCC’s coach of the year. While UNM might be hesitant to offer the job to a head coach yet to reach the NCAA Tournament, Stoudamire is a recognizable face who could bring new energy into the Lobo program.

Abilene Christian’s lead man might be one of the most underrated head coaches in America. Golding took over at ACU while the Wildcats were still a D-II member and has turned the program into a yearly automatic-bid candidate since making the jump. Abilene Christian won 27 games and reached the NCAA Tournament for the first time in 2019, tied for second in the Southland last year at 15-5, and are currently 19-3 with the nation’s best turnover defense this season. It might be time to give Golding a look before he continues this dominance into the WAC or takes a job with another program. A top-tier defense combined with a sold-out Pit crowd would be a terror for opposing Mountain West schools.